Here is the GBPUSD Fundamental Analysis of 25 November, 2019. GBPUSD remains on the back foot amid broad USD strength. Stories about trade negotiations between the United States and China, traders are in trouble in Hong Kong. British Prime Minister Boris Johnson's manifesto does not impress business leaders.

25 November, 2019, AtoZMarkets – The Conservative manifesto did not receive a warm welcome from the investor fraternity. So, the GBPUSD fell to 1.2850 as the London opening approached on Monday.

After the optimistic manifestos and "contracts with the British people" of the opposition parties, the ruling Conservative Party announced its manifesto during this weekend. The same has promised to cut spending to £ 2.9 billion a year against £ 82.9 billion for the opposition Labor Party. And £ 62.9 billion pledged by liberal Democrats (Lib Dems). However, the statistical doubts about how the Conservatives will manage to recruit 50,000 nurses under the national health care system (NHS). And it is not to raise taxes have initially diminished the market's favor for the prime minister Boris Johnson (PM). 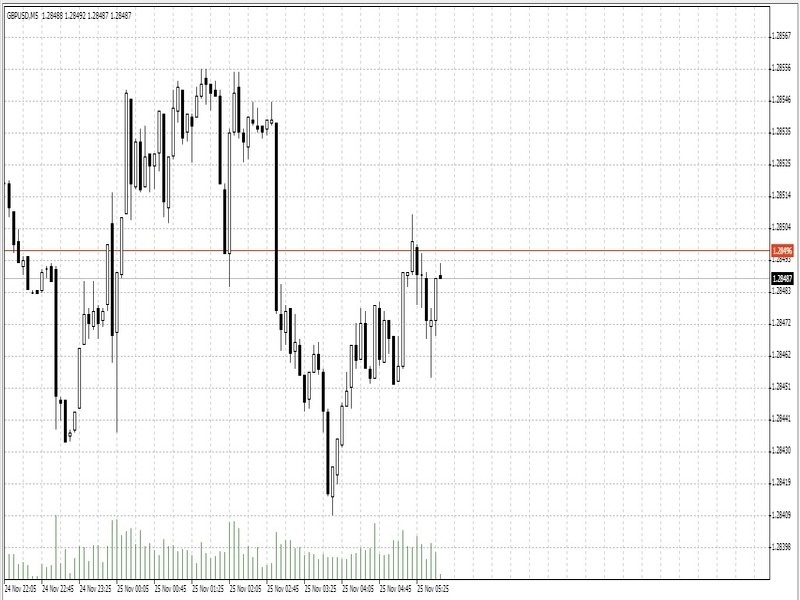 The Guardian spotted Adam Marshall, managing director of BCC and Josh Hardie, deputy chief executive of CBI. They were expressing a lack of optimism about the conservative manifesto among the players of the industry. Adam Marshall stressed the need for "more substantial measures to stimulate growth, business, and investment." Josh Hardie warned that the economic outlook was clouded by concerns over the collapse of the EU following Brexit negotiations next year.

The opposition Labor Party calls the manifesto a "billionaire manifesto" and has also criticized the party's proposal for the NHS. The Independent mentions Lib Dems warning that the United Kingdom will become the poodle of US President Trump if Boris Johnson wins the election.

Elsewhere, China's willingness to crack down on copyright infringement and the positive commercial statement of US President Donald Trump. That was about joined pro-democracy candidates in the Hong Kong elections. However, there are doubts about phase two of the negotiations between the United States and China. That, coupled with challenges to China "One country, two systems, question the bulls.

As a result, Asian equities are cautiously optimistic, while US Treasury yields are around 1.78%. No major data/event is to be published from the UK, except for the details of the November CPI survey. However, markets will maintain a close eye on US second-tier activity numbers for fresh direction. Trade/political headlines will keep the driver's seat.