Here is the GBPUSD Fundamental Analysis of 29 November, 2019. GBPUSD remains a little changed around a week high. The quote recovered on Thursday after YouGov's MRP flag signaled a Tory advance. The ignorance of British Prime Minister Boris Johnson regarding certain appearances in the media was criticized late.

29 November, 2019 | AtoZ Markets – The GBPUSD remains quite unchanged around 1.2910 before the opening of the London session on Friday. The pair took advantage of surveys that showed, the Conservative Party in power enjoyed a high profile. The reasons for this lack of strength could be attributed to the fact. The fact could be the British Prime Minister Johnson took a step back from some debates, TV shows that aroused anger.

A clear lead of the Conservative Party versus the Opposition Labor Party was in the YouGov survey. The allegations about the British Prime Minister increased after he refused the debate on Channel 4. And he has not yet confirmed an interview with Andrew Neil of the BBC, as the Independent says. Opposition leaders have begun to use harsh words. But the media seems to support this reaction, which could lead to a loss of popularity in the run-up to the December election. 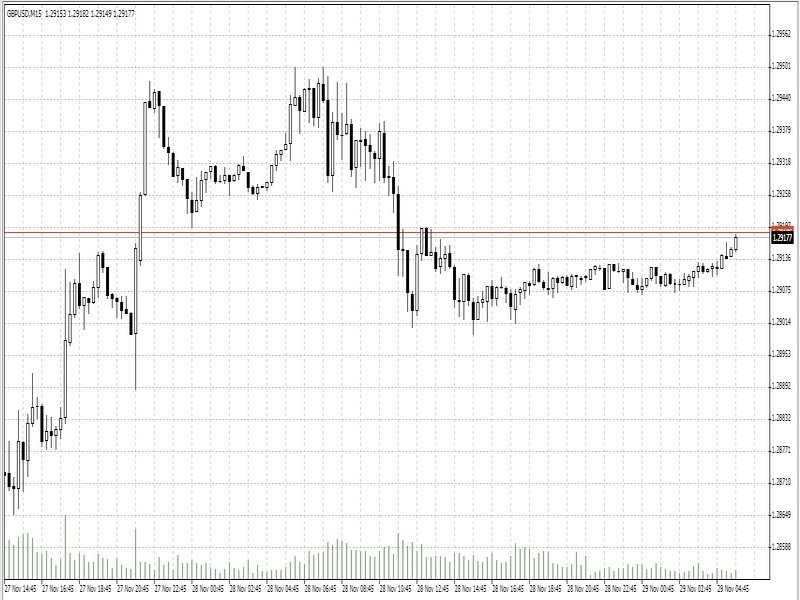 Besides, the leader of the Conservative Party was recently criticized by Labor opposition leader Jeremy Corbyn. That was for selling National Healthcare Systems (NHS) in the United States, citing leaked government documents.

In addition to the fact that there is less chance that another poll favorable to conservative leadership will be conducted. The recovery of the US dollar (USD) due to the reduction in damages caused by the Hong Kong law could also be cited as a catalyst.

As a result, the market currently remains low risk, with 10-year US Treasury yields rising to 1.77%, with Asian equities posting mixed signals. On the other hand, a half-day US trading session and a lack of data or events could make markets less volatile. However, the trade / political headlines will remain essential drivers.

GBP is subject to Brexit sentiment, and this kind of numbers offers a very different view of British businesses and households. In the end, it is the business that drives the economy, but it can only work if the consumer is active and engaged. However, a certain margin favors the conservative party to win the elections. The pound sterling can remain high on the prospect of a Brexit deal that will eventually be concluded.

Looking too far ahead is not feasible on the spot market. But, markets will soon worry about a bumpy and dangerous road for sterling. The trade negotiations between the UK and EU will probably be as difficult as the withdrawal agreement has been.