October 11, 2019 | AtoZ Markets – GBP rose across the board on Thursday following a successful meeting between the UK and Irish Prime Ministers. The aftermath of the event was a very rapid upside burst that saw GBP gained massively against all other currencies. GBPUSD hit its highest price in two weeks after taking out the 1.2415 resistance level. Will the Cable continue above the 1.258 resistance level?

‘A pathway to Brexit deal’ – Irish and UK PM

After a meeting between UK PM Boris and his Irish counterpart Leo Varadkar, there is a new optimism around the Brexit deal. The two PMs said on Thursday after the meeting that a Brexit deal is possible after having a ‘detailed and constructive discussion’ according to PM Leo. Varadkar then told reporters that he saw ”a pathway to possible deal”.

As a result, GBP quickly surged across the board. Sterling gained over 250 Pips and over 150 pips against CHF and EUR respectively. GBPAUD and GBPNZD have rallied by over 300 Pips since the reports while GBPCAD gained over 250 Pips. This was a positive one for Brexit as October 31 approaches. Meanwhile, this development will be followed by a meeting on Friday between UK’s Brexit minister Stephen Barclay and EU’s chief negotiator Michel Barnier.

In the last GBPUSD Elliott wave analysis update, we identified a large bullish correction from 1.196 and expected it to hit 1.27. However, there was a corrective dip from 1.258 mid-way. The chart below, used in the last update, pointed to a zigzag correction toward 1.21 before the bullish run continues. 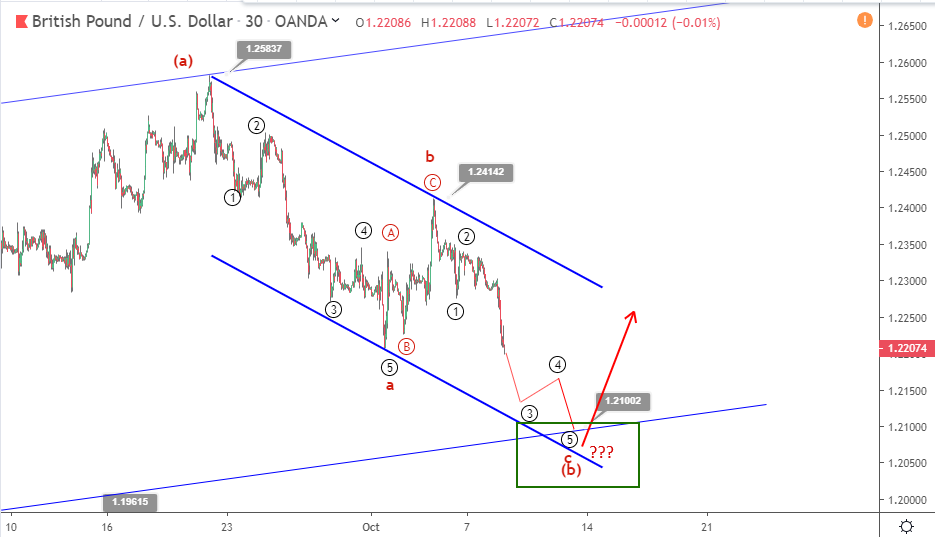 However, the dip was truncated at the 1.22 support level and price bounced above 1.2414 resistance level after the Brexit meeting. Until after the October 31 deadline, the Brexit will remain the primary driver of the Cable. Huge volatilities could easily make or break technical structures. 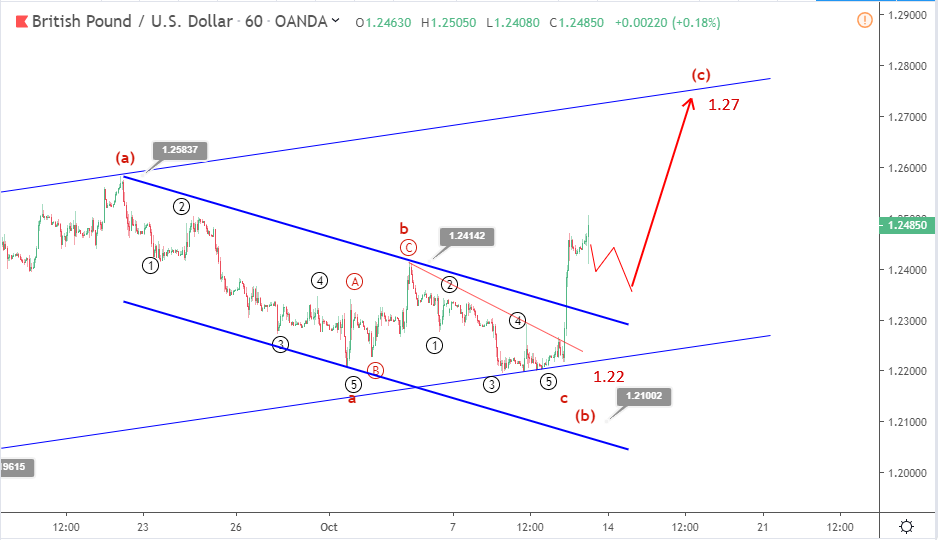 The new chart above indicates that GBPUSD price will most likely surge further to the 1.27 target unless there is a breakdown in today’s Brexit/EU negotiation. If today’s meeting comes out positive, the Sterling could even surpass 1.27.