The Pound Sterling has continued downside this week. PM Boris is set to reveal the details of his new Brexit plan.

October 02, 2019 | AtoZ Markets – The Sterling had a big lift on Tuesday when it surged to 1.233. However, the bearish run from 1.258 continued and almost breach below yesterday low. The long-term direction still remains downside but the medium-term rally from 1.196 might continue if the bulls push above 1.24. In contrast, the current intraday direction is to the downside which gives the bears an advantage.

The Brexit remains the biggest major concern for the Sterling. Efforts toward getting a deal done before the deadline have turned messy. PM Boris will deliver a new plan today. Sterling is currently heading lower as the market perceives the new plan will be unacceptable by the EU. The proposal will be sent to Brussels ahead of the EU council meeting coming in two-weeks time. It’s indeed a make-or-break time for the Sterling.

From the US front, the buck tanked on Tuesday after a disappointing consumer confidence data. The market will also look forward to the US-China trade deal when they resume negotiations.

Support Levels: Price breached below the 1.23 level and may head to the support level at 1.196.

From the long term perspective (weekly chart), GBPUSD is bearish. A diagonal pattern is emerging and the price might drop further to 1.1 or below. Meanwhile, from the lower time frame, price is making a bullish correction from 1.12-1.196 support zone. We used the chart below in the last update to show how higher the correction might go despite the current dip. 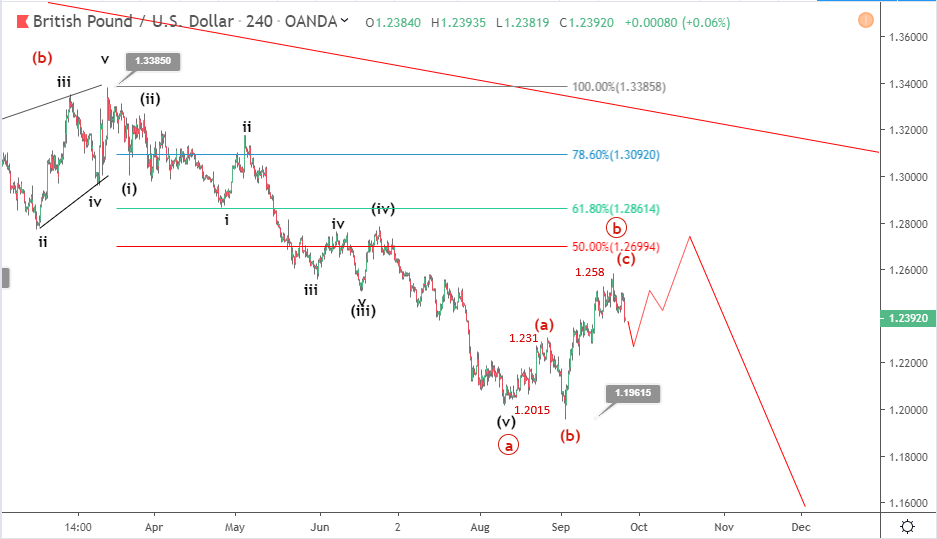 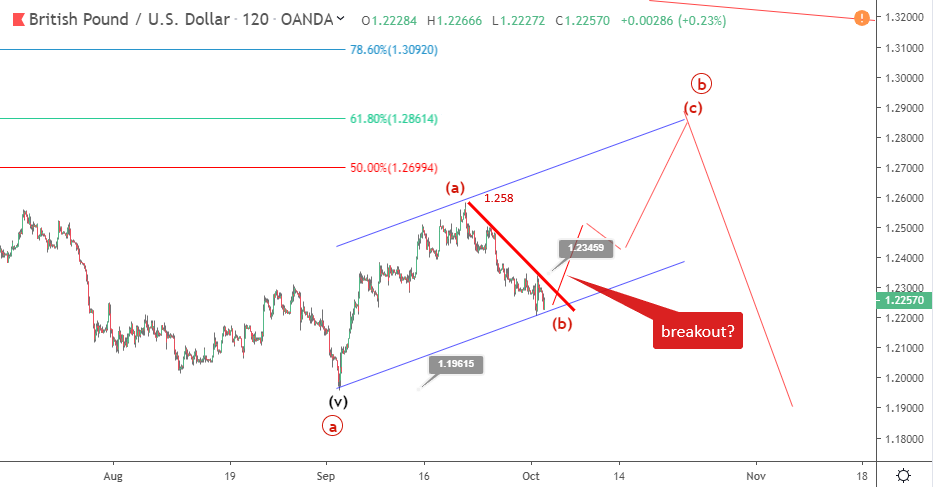 If the price breaks above the wave (a)-(b) trendline, wave (c) is expected to continue toward 1.286 before the bearish trend continues.