Negotiations between the UK and EU are currently not going according to the timetable. What does it mean to the general market? In this exclusive GBPUSD BrExit Long term analysis, we will look into the past and future impact of the Brexit on GBP as well as EUR.

29 August, AtoZForex – In our BrExit analysis, we will review where we are after a year following the UK Referendum to leave the European Community. Time stops for no one. UK government is adamant to see through the wishes of the majority of the UK citizens. What has happened post referendum and what it could possibly mean for the UK and EU going forward? The impact on GBP and possibility of parity?

The following is a BrExit summary of key events, prior to looking into the GBPUSD BrExit Long term analysis:

UK PM Theresa May also announced at the Conservative conference the introduction of the "Great Repeal Act" to repeal the European Communities Act 1972 (“the 1972 Act”), which took the UK into the European Union ( formerly European Economic Community. This meant an overall agreement from all the home nations by end of March 2017.

UK Government's view was that this Act gave it the right to go ahead and therefore did not require consent from the UK Parliament. There was a court case R (Gina Miller and Deir Tozetti Dos Santos) v Secretary of State for Exiting the European Union. The intention of this court case was not to overturn the EU Referendum result.

Basic viewpoint of the claimants was that UK Government cannot trigger Article 50 without the authorization of UK Parliament through an Act of Parliament. Since the UK is a parliamentary democracy and EU Referendum was advisory and not legally binding. UK Parliament has to decide on how Article 50 is triggered.

Article 50 was triggered, UK will leave the EU on 29 March 2019. The UK Government has commenced a two-year process to complete the negotiations on which UK departs the EU.

Well, it is interesting that the UK Labour Party last week has sided firmly for a "Soft BreXit". Clearly opting for an interim four-year transition solution in which UK would continue to abide by all the laws of  EU. Meaning no real change in the status quo. Although, immigration was one of the key issues during the referendum campaign since the UK decision to leave the EU has resulted in the drop in migration. This drop in migration may primarily be due to the value of the GBP and many economic migrants not seeing any benefit from working for a weakened GBP.

BrExit negotiations between the UK and EU resumed yesterday, markets will be watching and scrutinise every piece of information released. A mixed or no clear message will be GBP negative.

The following charts clearly show some key dates and negative impact on the value of the GBP after the UK Referendum result to leave the EU. Observing price action the charts show the drop in the value of GBP from 1.5015 on 24 June 2016 to a low of 1.1986 on 16 January 2017, a drop of 3029pips.

Chart 1 - below shows the overall picture with some key dates. After the UK Referendum result, GBP has been trading initially from 1.35326 and 1.27940 levels between the end of June 2016 and beginning on October 2016. GBP broke through this interim range to the down side to form an overall trading range between 1.3530 and 1.2000 levels. 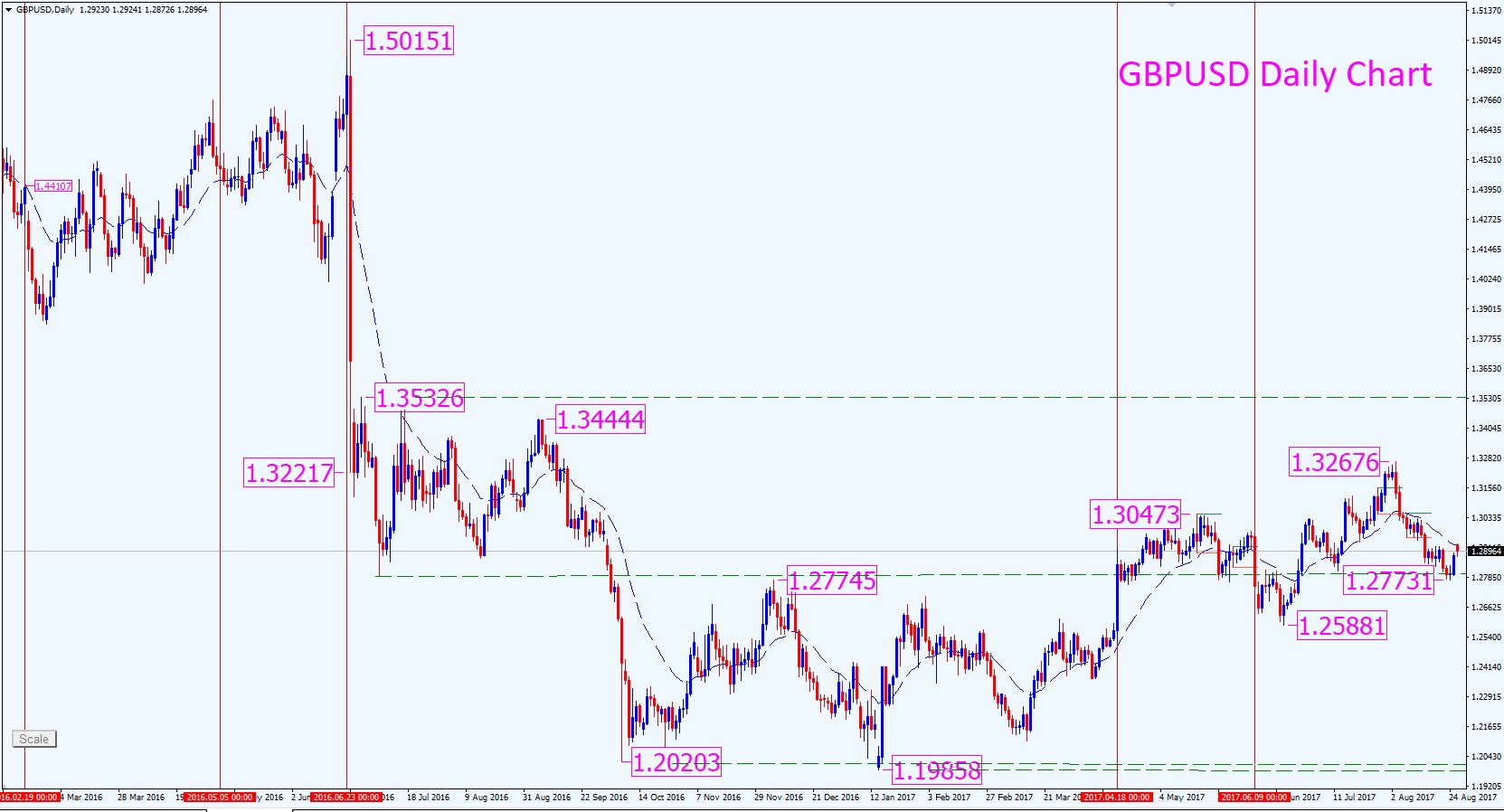 Chart 2 - Below shows price respected the Fib extension level of 161.8%. Since Mid January 2017 GBP has been bullish. 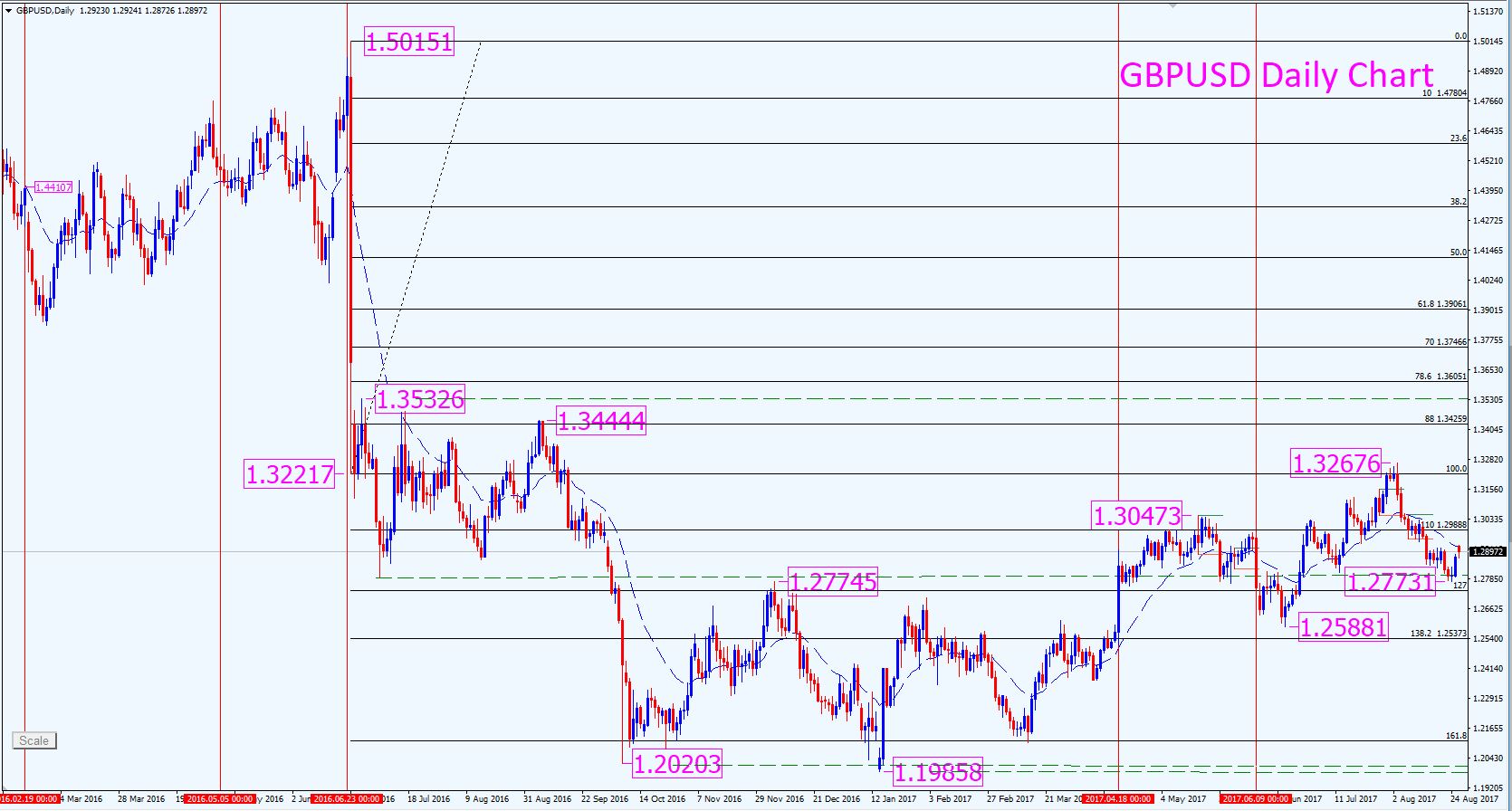 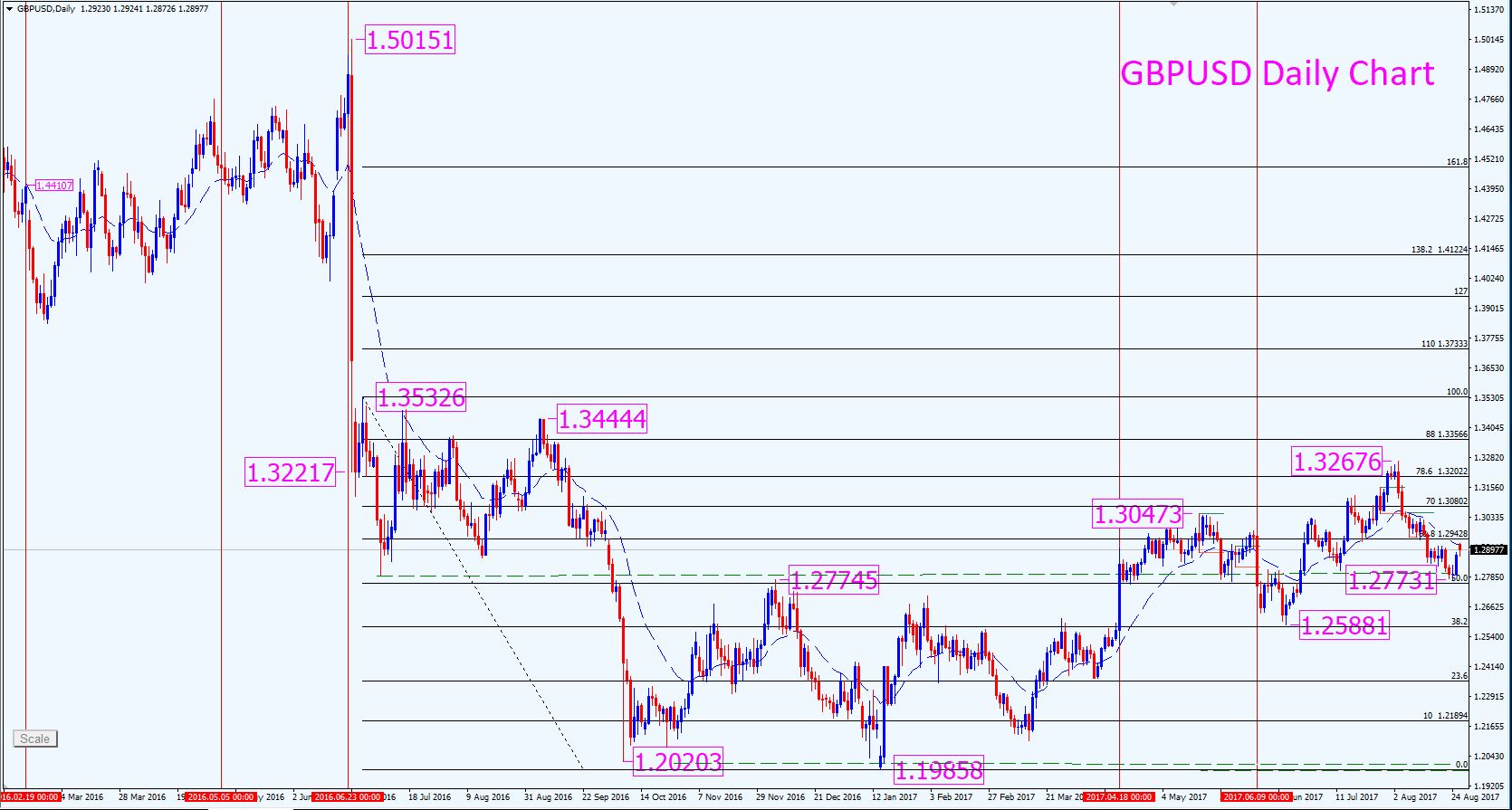 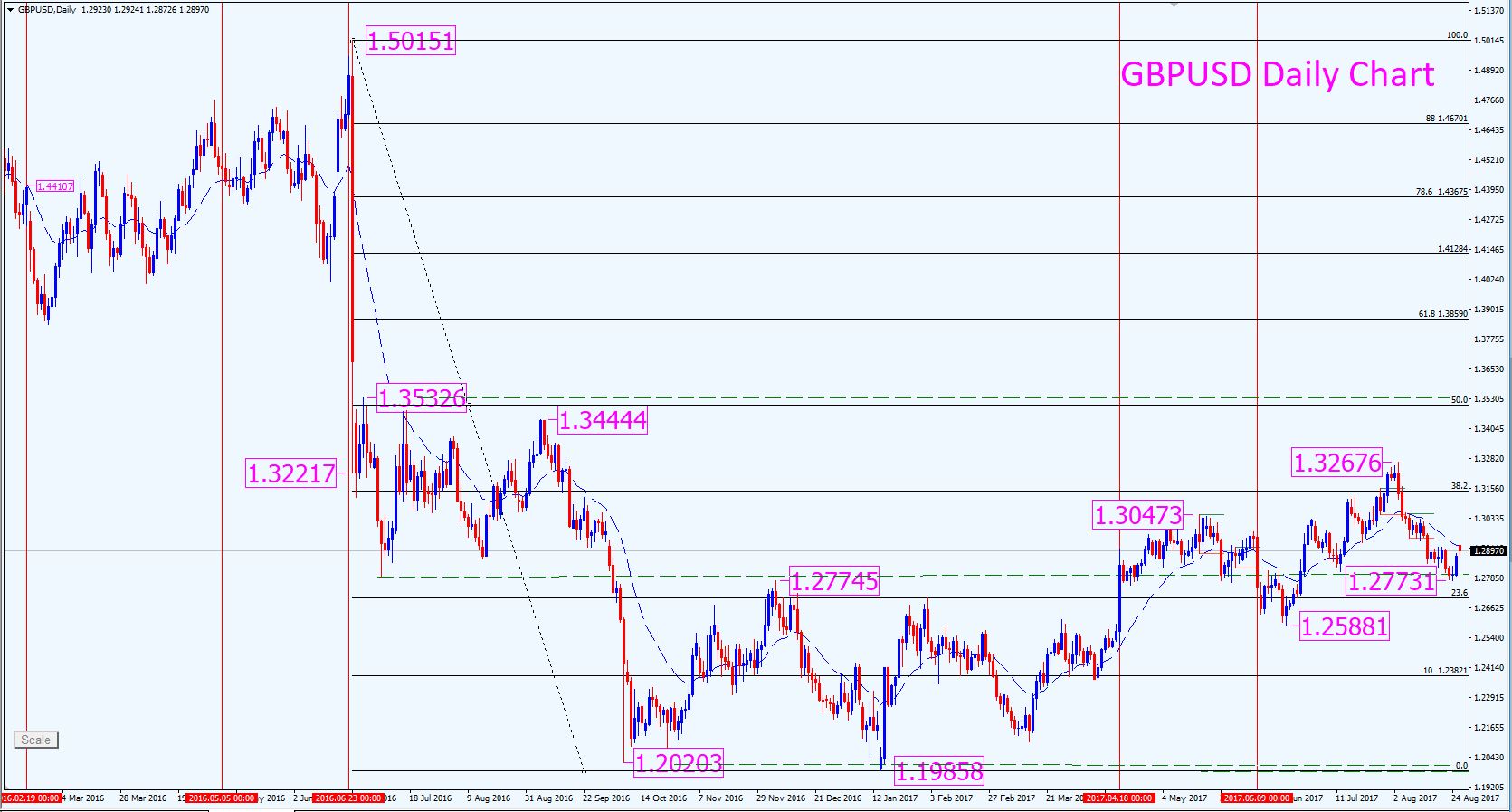 GBPUSD BrExit Long term analysis - What Next for GBP?

Bearish outlook - Below 1.19858 for the bears to take charge and expect price move towards initially the 1.1500 level and finally towards parity.

Have you tried the free AtoZ Forex Daily Free Forex Signals and wealth of information on the AtoZforex education section.

Please use correct risk and money management in line with your account size and draw down plan. These are not recommendations; you must carry out your own due diligence.