The Pound has been on the bullish run this week. There has been an aura of optimism around the BREXIT. British Brexit minister Dominic Raab has reiterated his optimism about the success of the BREXIT deal. GBPUSD started today aiming to break above 1.325 but the resistance level was well held. Following the statement from the Chicago Fed president Evans that the U.S economy is doing well and a restrictive monetary policy is well justified, the Cable dropped below 1.32.

In the last update, when price broke above 1.3135, we expected it to advance further above the 1.321 resistance level. The chart below was used. 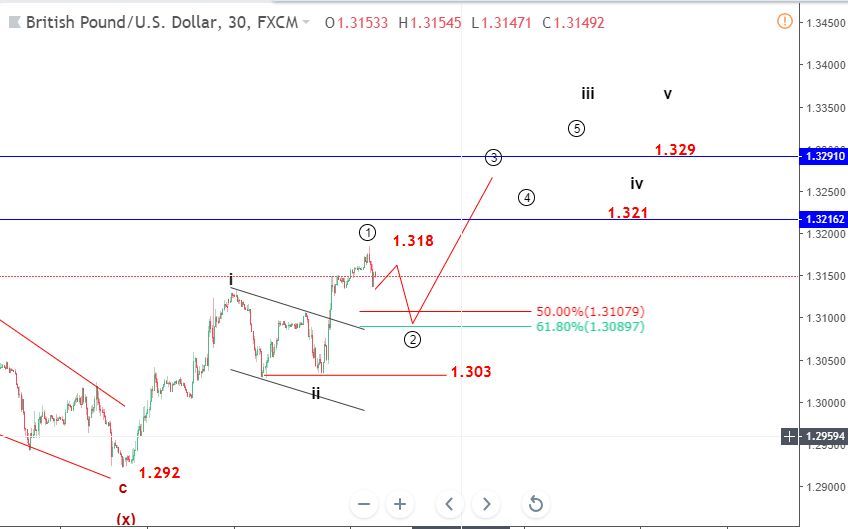 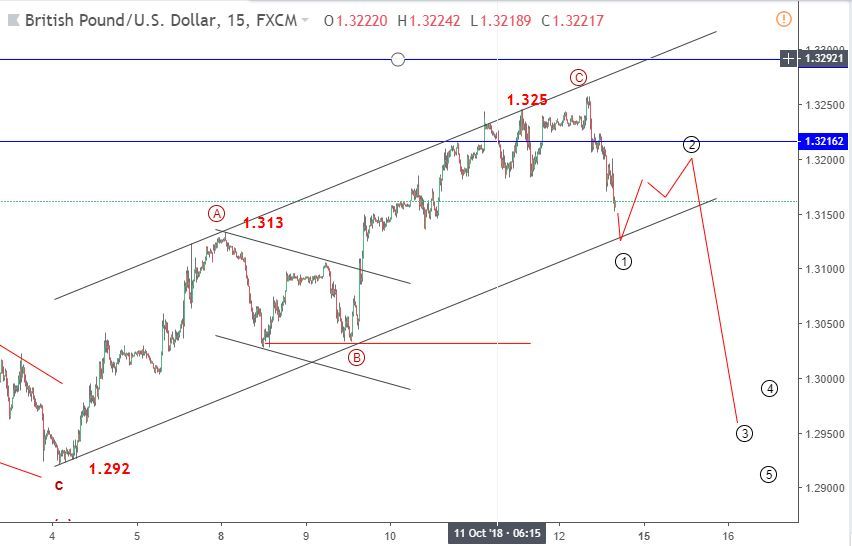 The rally from 1.292 to 1.325 looks corrective. A corrective zigzag pattern within a bullish channel. The drop from 1.325 is impulsive. If price should continue downside, below the channel, we might see 1.303-1.3 zone (which acted as a support twice last week) visited again. The BREXIT still pose the biggest risk for Sterling traders.