2 November AtoZForex, Amsterdam — As earlier reported, due to the talents refreshments at IronFX, various high profile industry experts have found their way in the industry at other reputable brokerages. Including the last week reported IronFX’s Sales face Nick Jay recruitment by HotForex.

Along with this case, FXPRIMUS hires former IronFX specialists by strengthening its team with the employment of Helen Astanio, IronFX’s former Senior Marketing Communications Officer. However it does not end here, as the newly CySEC licensed brokerage FXPRIMUS announced that as of today, two more industry specialists joined their team, marking again two recruits that formerly were on the pay roll of IronFX. 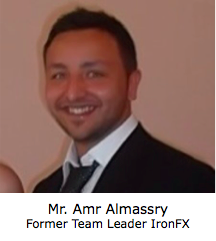 In more detail, FXPRIMUS has now welcomed Mr. Amr Almassry, who held the former position of Middle East desk team leader until recently at IronFX. According to the information that has specially been provided to AtoZ Forex, the representatives of FXPRIMUS informed that starting of today Mr. Amr Almassry commences with the new position at FXPRIMUS as Business Developer for the Middle East.

In alignment with his previous work experience the former Middle East desk team leader of IronFX will bring valuable experience and qualities to FXPRIMUS. Especially, as Mr. Amr Almassry have been active in the forex industry since 2010. Having functioned for various brokers on different positions within these firms, with special focus on Middle East market. 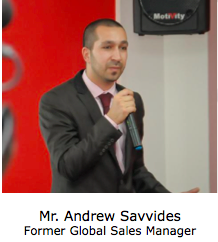 The other respective recruitment of FXPRIMUSs is former IronFX Andrew Savvides, who is newly appointed as the Head of Global Sales and Business Development. Andrew’s previous experience as Global Sales Manager of IronFX saw him from leading a team in Cyprus headquarters to opening offices around the world mainly in SE Asia to holding Seminars and training sessions for some of the largest partners.

Having the highly skilled communications specialist on board, Mr. Andrew Savvides expressed his satisfaction with the new adventure at FXPRIMUS: “It is an honour to start working for such a professional and ambitious corporation such as FXPRIMUS, having the same ethos were the customer’s satisfaction and safety comes first was a major factor in my decision to take the challenge on and with a tag line of ‘The safest place to trade’ it’s there for all to see”.