On the USD side of the EURUSD question, the October FOMC meeting minutes published last Wednesday made clear that in the absence of an adverse November Non-Farm payrolls report or without further deterioration in global risk sentiment, the Fed will increase the funds rate target by 25bps at the 17th of December FOMC meeting, National Australia Bank projects.

“Though money markets still only ascribe about a 70% probability to December lift-off,” adds National Australia Bank. It is our contention that the currency markets have traded throughout 2015 with greater confidence than the rates market that the Fed will deliver its conditional promise to increase interest rates before 2015 ends. 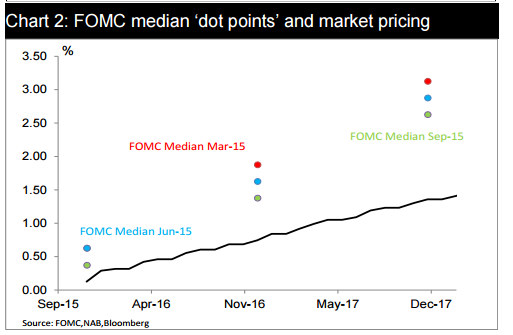 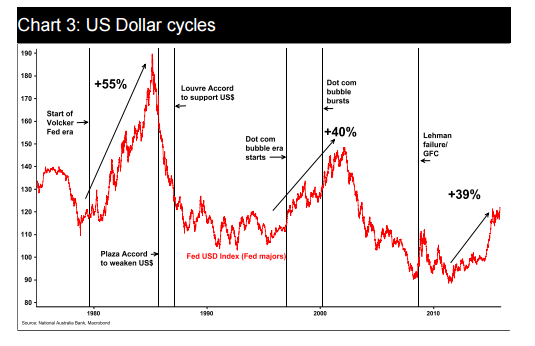 Yet, the same could ne be said about the narrow DXY dollar index which is estimated by National Australia Bank to appreciate in 2016 by approximately 1.5%. Therefore, partly because of the positive DXY and partly due to dovish ECB, National Australia Bank is not overly bearish on the EURUSD, expecting the pair to trade within a range of 1.00  – 1.10, amended lower from a previous estimate of 1.05 – 1.15 range.

In the span of 2016 it is likely that we will experience at least few risk-off time frames. During the episodes, the EUR’s funding status might be further enhanced by what the ECB announce during the 3rd of December meeting. 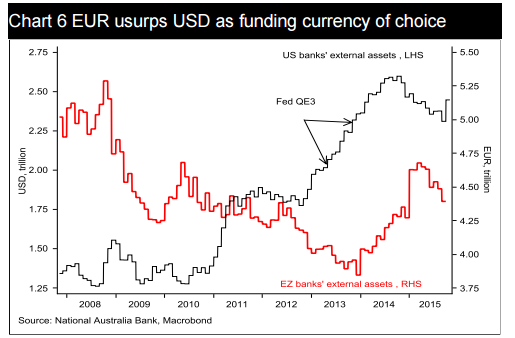 Judging from Mario Draghi’ s comments on 12 of November, the 6% decrease in EURUSD since 22 October has evidently done nothing to dampen the ECB’s enthusiasm to undertake additional measures next month. Mr Draghi argued that “downside economic risks are clearly visible” and “inflation dynamics have somewhat weakened”.

“We look for the ECB to deliver another 10 -15bps reduction in the Deposit rate (from -20bps) as well as increasing the QE quantum from the current €60bn per month,” National Australia Bank projects, adding that “while partially discounted, we still think this will serve to at least validate the recent move lower in the euro.”

Hence, National Australia Bank now sees the 1.05 level as a pivot point for EURUSD in months to come, rather that the previous estimation of 1.10 level.