The FOMC Statement on Wednesday showed that the Feds are bullish on current economic situation as there was an obvious change of tone in language used. “Economic activity has been expanding at a solid pace,” “Labor market conditions have improved further, with strong job gains and a lower unemployment rate.” This shows more confidence from the previous language of “moderate pace of growth”. Also, they reiterated “patience” in raising benchmark interest rates, acknowledging a recent drop in inflationary measures. The dollar strengthened across board against a broad range of currencies, long-term bond yields fell, and U.S stocks experienced a sell off. The U.S jobless Claims was at 15 year low. The better than expected results can be attributed to holiday shortened week. New Zealand Official Cash Rate was kept at 3.5%, and the Trade Balance was worse than forecast at -159M causing the NZD to fall sharply against the USD after the release.

The week began with the release of China’s manufacturing Purchasing Managers’ Index. Results show the manufacturing gauge has experienced the first contraction in over two years as government’s Purchasing Managers’ Index fell to 49.8 as against forecast of 50.2. This shows a decline below 50, which is the threshold that separates expansion and contraction, adding to worries of a slowing Chinese economy. This could add to pressure on the Chinese authorities to adopt monetary easing, inline with the global trend of Central banks. The Non-Manufacturing PMI also fell slightly to 53.7 from a previous figure of 54.1. On Monday, HSBC Final Manufacturing PMI is expected to be 49.8, inline with the previous release.

Ivey PMI is due on Tuesday with surveyed purchasing managers estimated at 55.9, a potential increase from 55.4 in the previous release. The Trade balance figure is expected to show a difference in value between imported and exported goods during the month at -1.0B. Building Permits m/m, Employment Change and Unemployment rate are all due on Friday and are all forecast for slight increase from previous figures to 4.5%, 5.1k and 6.7% respectively.

On Tuesday, Building Approvals m/m will be due for release. The Change in the number of new building approvals issued is estimated to be -4.8%, a decline from 7.5% in the previous month. The Trade Balance, which measures Difference in value between imported and exported goods and services during the reported month, is forecast at -0.85B. The Cash Rate is expected to remain at 0.25% Interest rate charged on overnight loans between financial intermediaries. The Aussie has dropped significantly in the past weeks on speculation that the RBA may cut rates; therefore, the tone of the RBA Rate Statement will be watched for further clues as to the mindset of the central bank. On Thursday, Retail Sales m/m will be released, forecast for a slight increase to 0.3%. RBA Monetary Policy Statement is due on Friday and will provide valuable insight into the bank’s view of economic conditions and inflation.

Global Dairy Trade Index, a leading indicator of the nation’s trade balance with other countries because dairy exports make up almost a third of New Zealand’s annual merchandise exports, as revenue from this has risen dramatically over the past two decades as stated by “statistics New Zealand”. RBNZ Gov Wheeler Speaks on Wednesday as traders will try to get clues on interest rate, which will likely lead to volatility in the currency. Employment Change q/q and Unemployment Rate are estimated at 0.8% and 5.3% respectively. 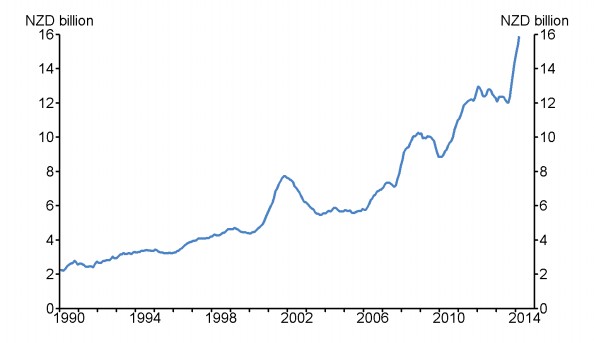 Manufacturing PMI surveys about 600 purchasing managers to rate the relative level of business conditions including employment, production, new orders, prices, supplier deliveries, and inventories is forecast for 52.9. On Tuesday, Construction PMI is expected to fall for the forth-straight month to 56.9 which signals falling business conditions as the pound has been in a decline for months. The official bank rate is expected to remain at 0.5% as has been since 2009 when released on Wednesday and Asset Purchase Facility to also remain at 375B.

The Euro is expected to have quite a silent week in terms of fundamental releases with the Spanish Unemployment Change being the only high impact news for the week from this region. The change in the number of unemployed people during the previous month is expected to be 83.4k, better than previous of -64.4k.