French election is already taking place this weekend! AtoZForex reached out to JFD Brokers, inquiring about their risk management measures ahead of this event. What can we learn from the French election JFD Brokers impact and major pairs outlook?

21 April, AtoZForex – Euro has been under pressure for some time now, due to the political uncertainty in Europe. Post the Brexit, the next hurdle of Euro is the French election. Some experts, even believe that the bloc currency could drop to $1 or below, if Marine Le Pen will become the new French president.

Following on this, AtoZForex.com's team has been contacting and interviewing Forex brokers internationally, with the aim to get their view on the market ahead the French election. Furthermore, we have received inquiries from our readers about the brokers' risk management precautions. Following up with JFD Brokers, below I have summarized the key highlights of French election JFD Brokers impact and risk management interview.

Kristina Frunze: "Is JFD Brokers planning to raise margin requirements or have any leverage change?"

JFD Brokers' research team: "We have already increased the margin requirements on several CFD instruments since Thursday 20th April and these changes will last until Monday 24th April to ensure that our clients are provided with better protection against any risk associated with the upcoming French presidential elections."

French election is a major test for Euro area’s unity

Kristina Frunze: "What is your research team’s projection and analysis for the major pairs on the upcoming elections?"

JFD Brokers' research team: "The next elected French president, or the final candidates entering the second run of the elections, will be a vital factor for the future of the European Union. The election will be a major test for the Euro area’s unity, determining the consequent activity of euro cross-currency pairs and European indices. Traders will monitor closely these elections however they must be cautious with their trades in environments of uncertainty within the market. 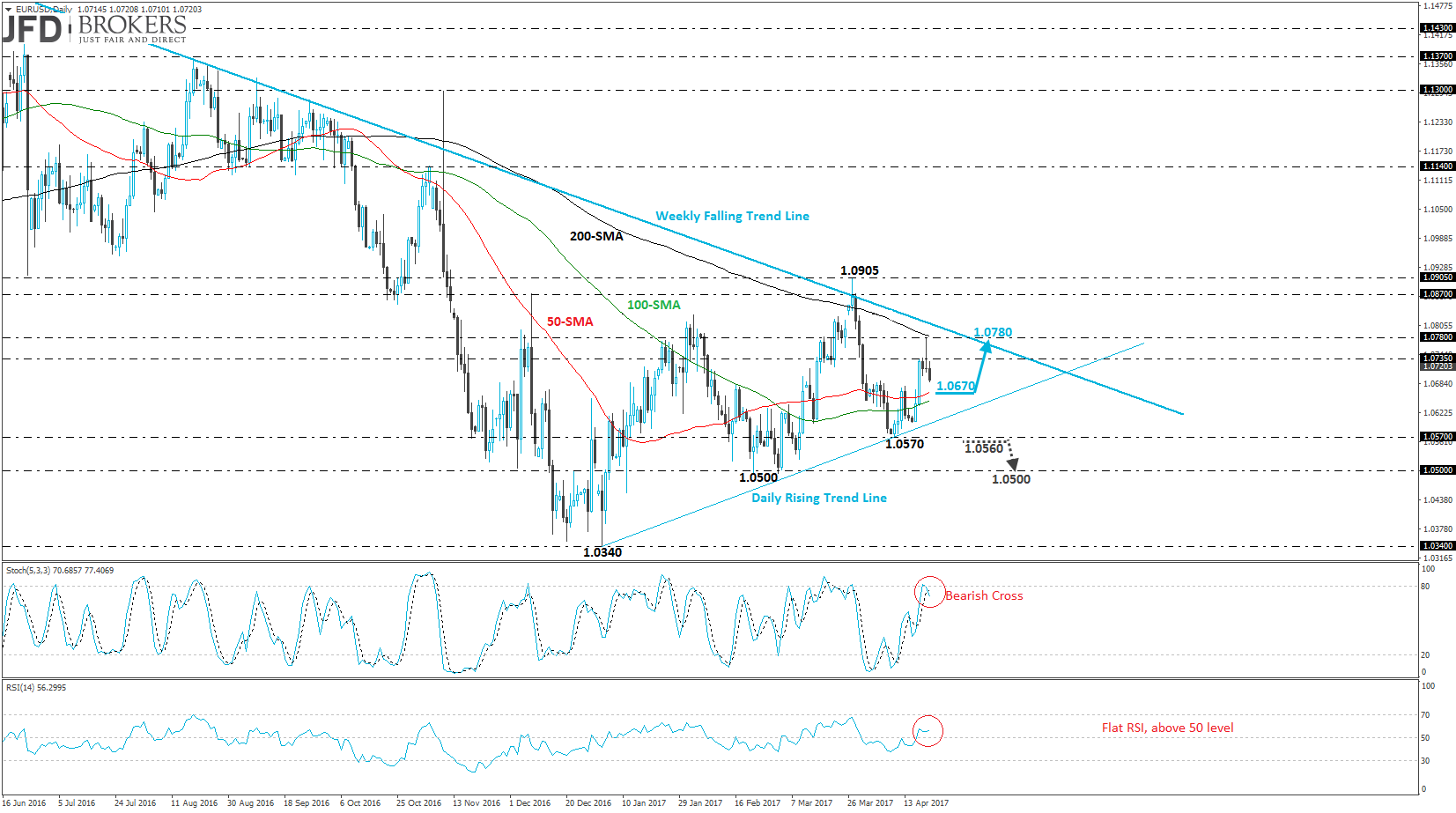 Why should traders consider JFD Brokers?

Kristina Frunze: "Thank you for the insightful analysis on the major pairs and portraying the impact of the possible French election outcome. To conclude the interview can you sum up in brief, why traders should consider JFD Brokers?"

Do you have questions related to the French election JFD Brokers impact or the major pairs analysis? Let us know in the comments section below.