19 July, AtoZForex – It seems that the market has not been impacted by the Turkey military coup drastically. Hence, the focus of the market has shifted towards this week’s ECB monetary policy meeting, which marks the first meeting since the EU referendum in the UK.

Based on the fundamentals and technicals, the following are my Forex trade ideas for July, focussed on the EMEA Session. The three major pairs discussed are EURUSD, GBPUSD, and USDJPY.

Comment: On a weekly timeframe, the pair strongly suggests a ranging or sideway trend, close to the levels where it was hovering within 50% of the ranging box. Meanwhile, the daily timeframe shows that there is an end of a short-term uptrend, while a start of the short-term downtrend. 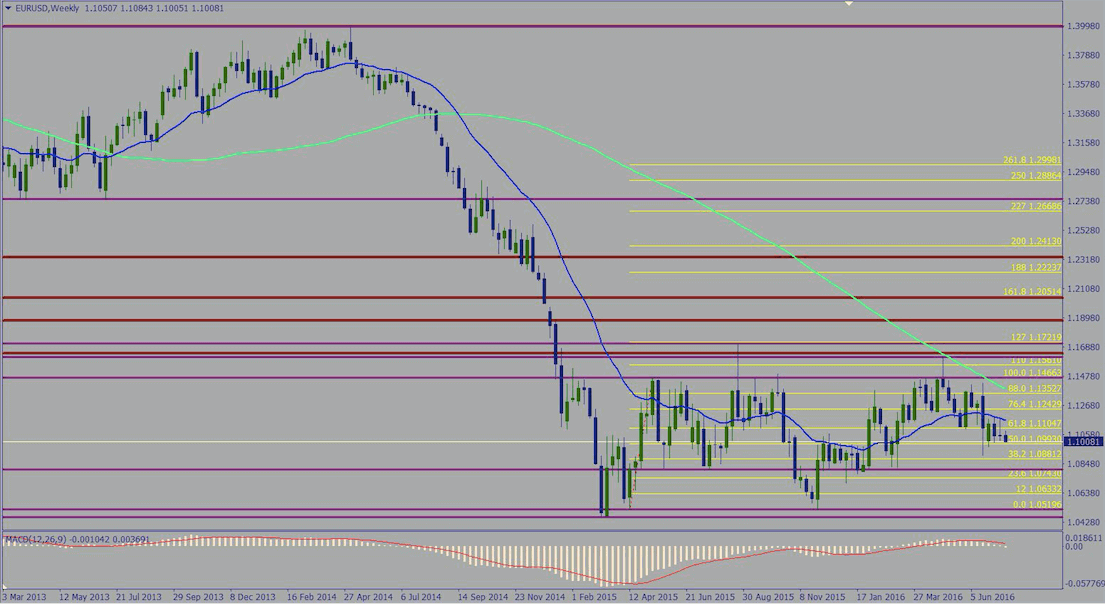 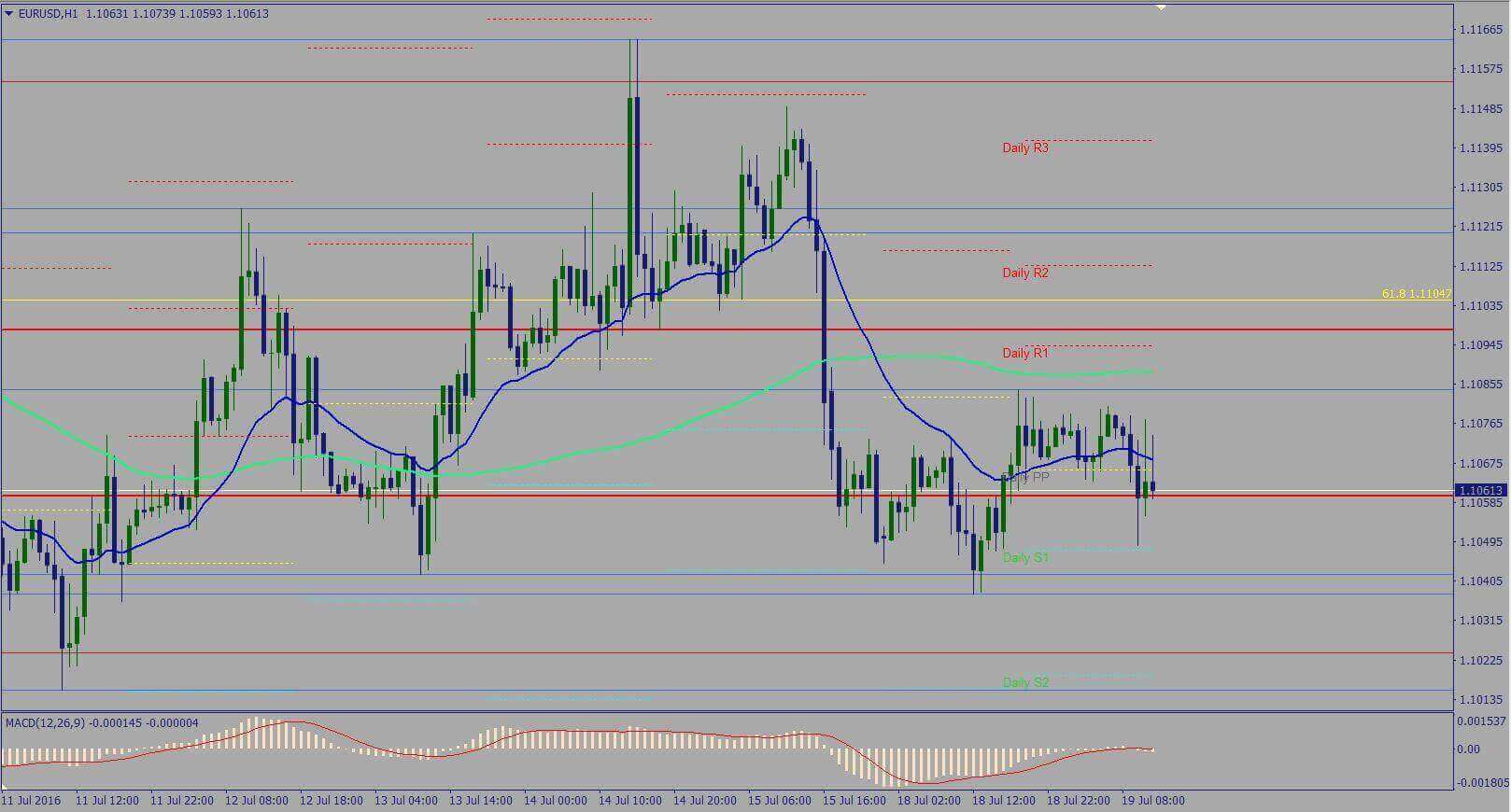 Fundamentally, we may see several factors that can impact the Euro. The first factor is the recent Turkey failed coup attempt, while the second factor involves the recent Italy’s banking sector. The last factor is obviously the ongoing Brexit and ramifications. Meanwhile, the US is the only remaining central bank who had previously planned to rate hike, which favors strongly on selling EURUSD.

Comment: From a weekly standpoint, it is clear that the last two candles have formed a piercing pattern with noticeable longer higher wick/shadow. This suggests that the downtrend is exhausted and there are more buyers than sellers in the market. 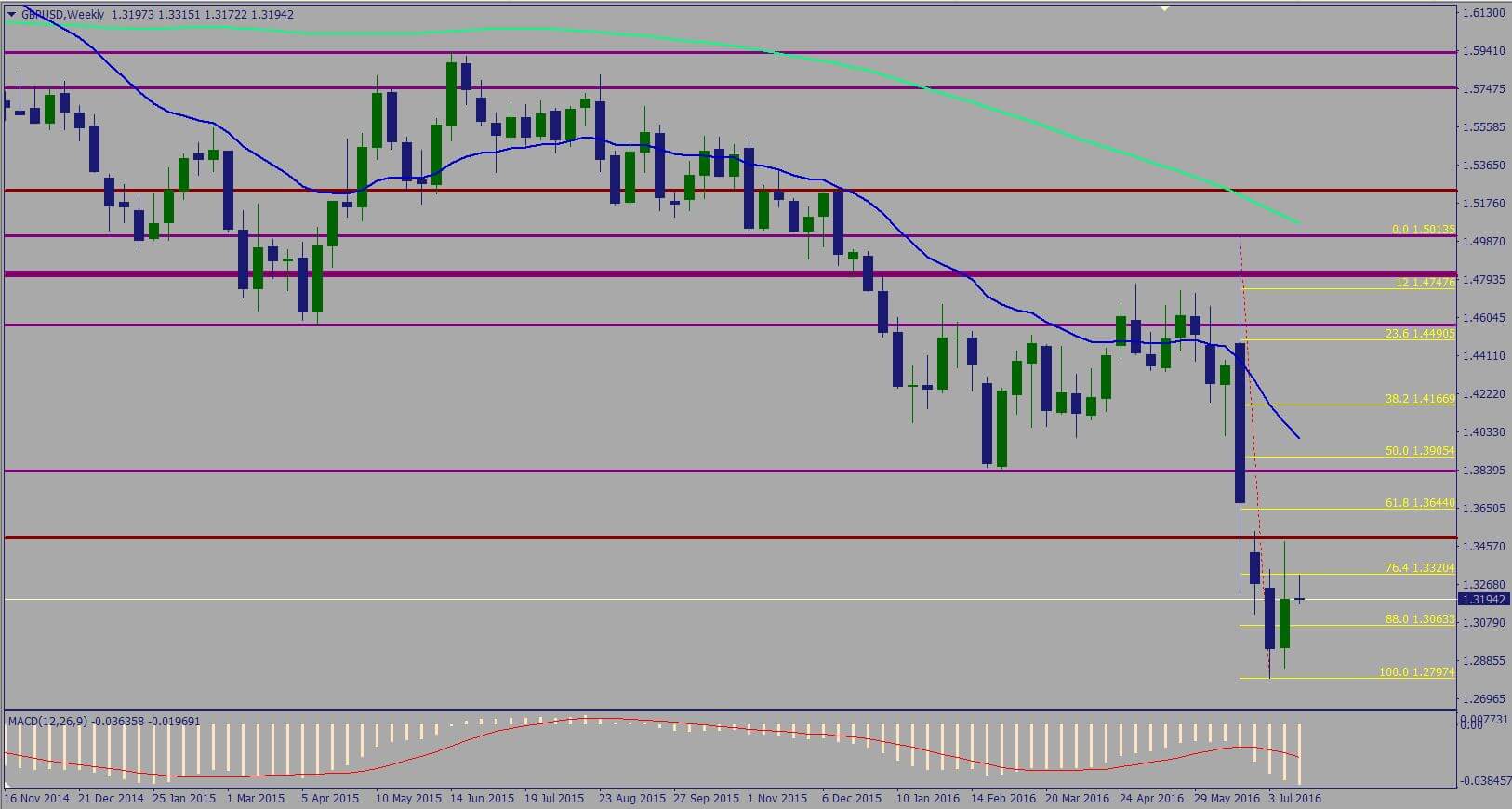 Fundamentally, last week’s BoE decision to not change the interest rate, might have contributed to the recent reversal of the market. Ever since the Brexit news, it marked the first time that GBP recovered from the huge 2200+ pips plunge. Possibly, we are able to see a retracement towards 50% of Fib level (1.3829 area). Where it could also acts as the previous support or reversal. However, we have yet to wait and see if it will form higher highs followed by higher lows.

From a shorter timeframe (D1), MACD line has formed a histogram below the 0.00 level, which suggests a short-term bullish trend in the prevailing downtrend. This retracement can possibly penetrate the 76.4 fib level (1.3320) and then the monthly support could turn into the resistance level (1.3505). 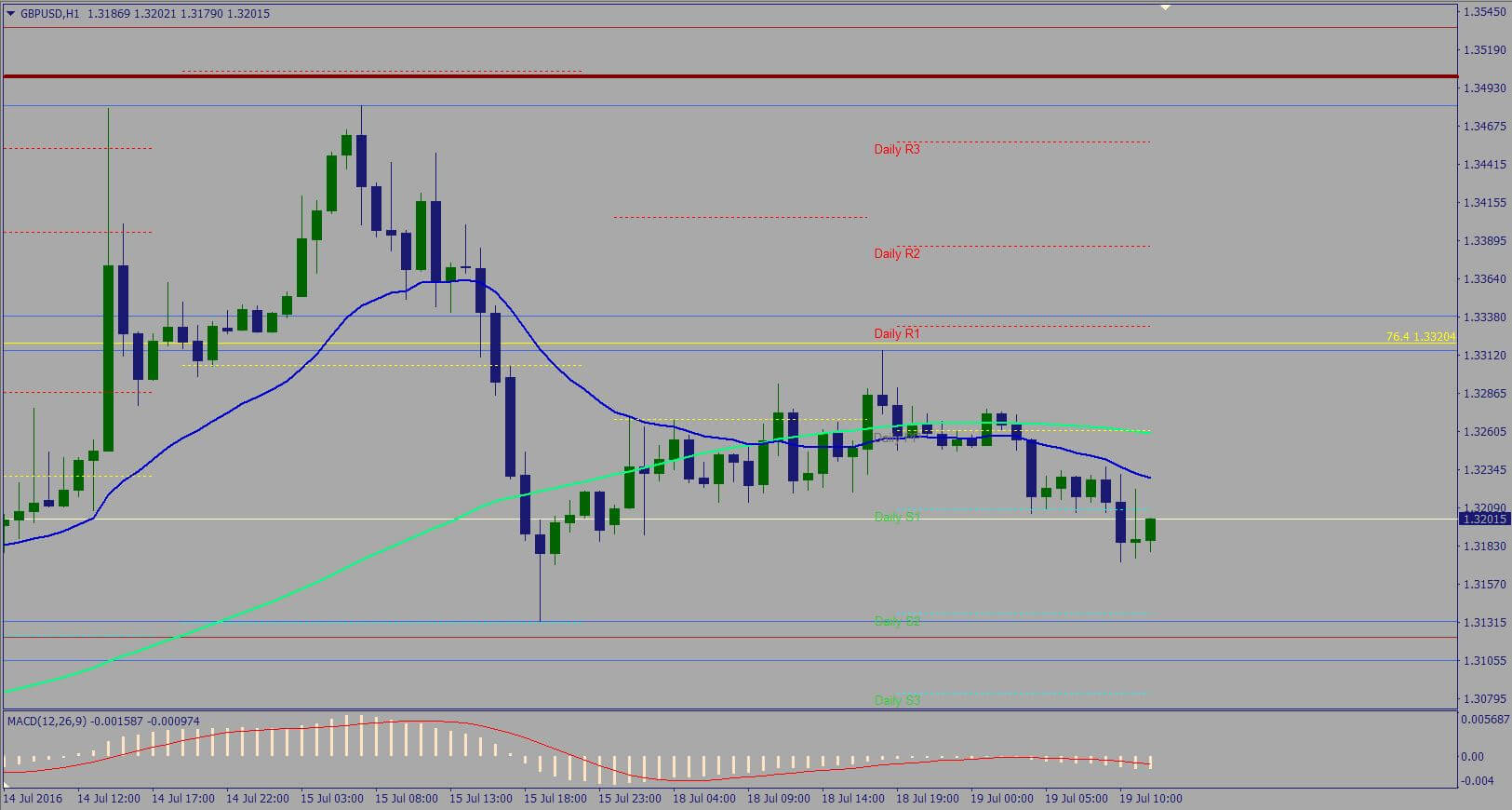 Comment: Concluding the Forex Trade Ideas for July, I have assessed USDJPY. Looking from the weekly timeframe, we can see that USDJPY has dominantly formed a bullish engulfing pattern, which clearly suggests to a strong uptrend. Moreover, the chart shows that the previous open is at the strong weekly and monthly support zone. MACD suggest that we are still in a bearish trend, as the histogram and MACD line is formed below 0.00. Yet, the histogram is starting to form above the MACD line, which suggest that the recent strong uptrend might continue. 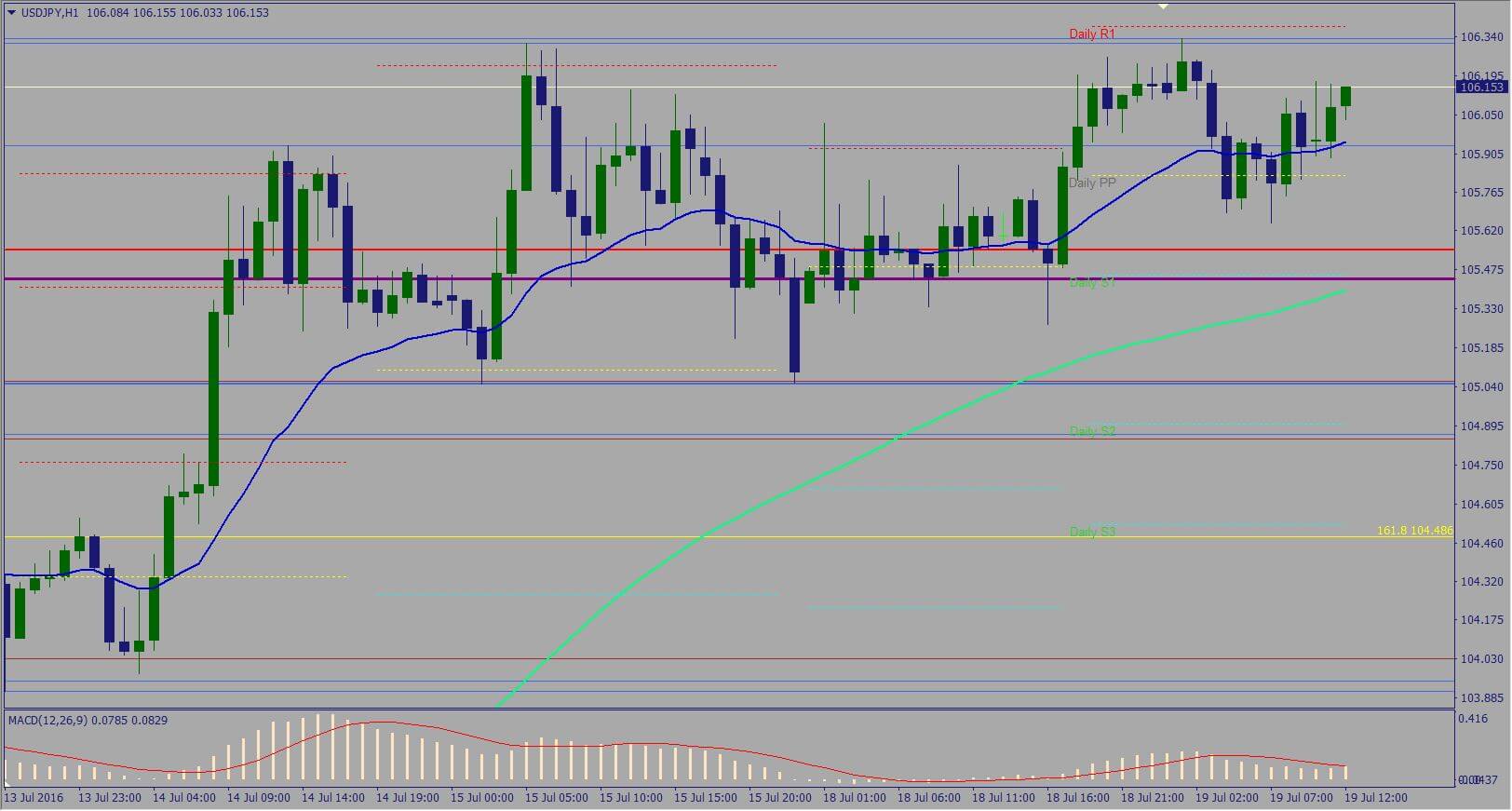 Fundamentally, we can expect a continue of monetary stimulus from BOJ, due to another victory of PM Abe. The continuous breaking of newer highs on US Stocks may suggest a better US economy. Thus, we can expect a hawkish tone on the next FOMC.

Another thing to note is that the recent bear market has come to a halt. Or it could stop right at 100.569, which is close to a strong weekly and monthly support, which acted as the major support between February to August in 2014. The market behavior suggests that after a strong bear market, usually it is followed by sideways movement. Hence, there is a bigger possibility to see a ranging condition in the upcoming weeks. 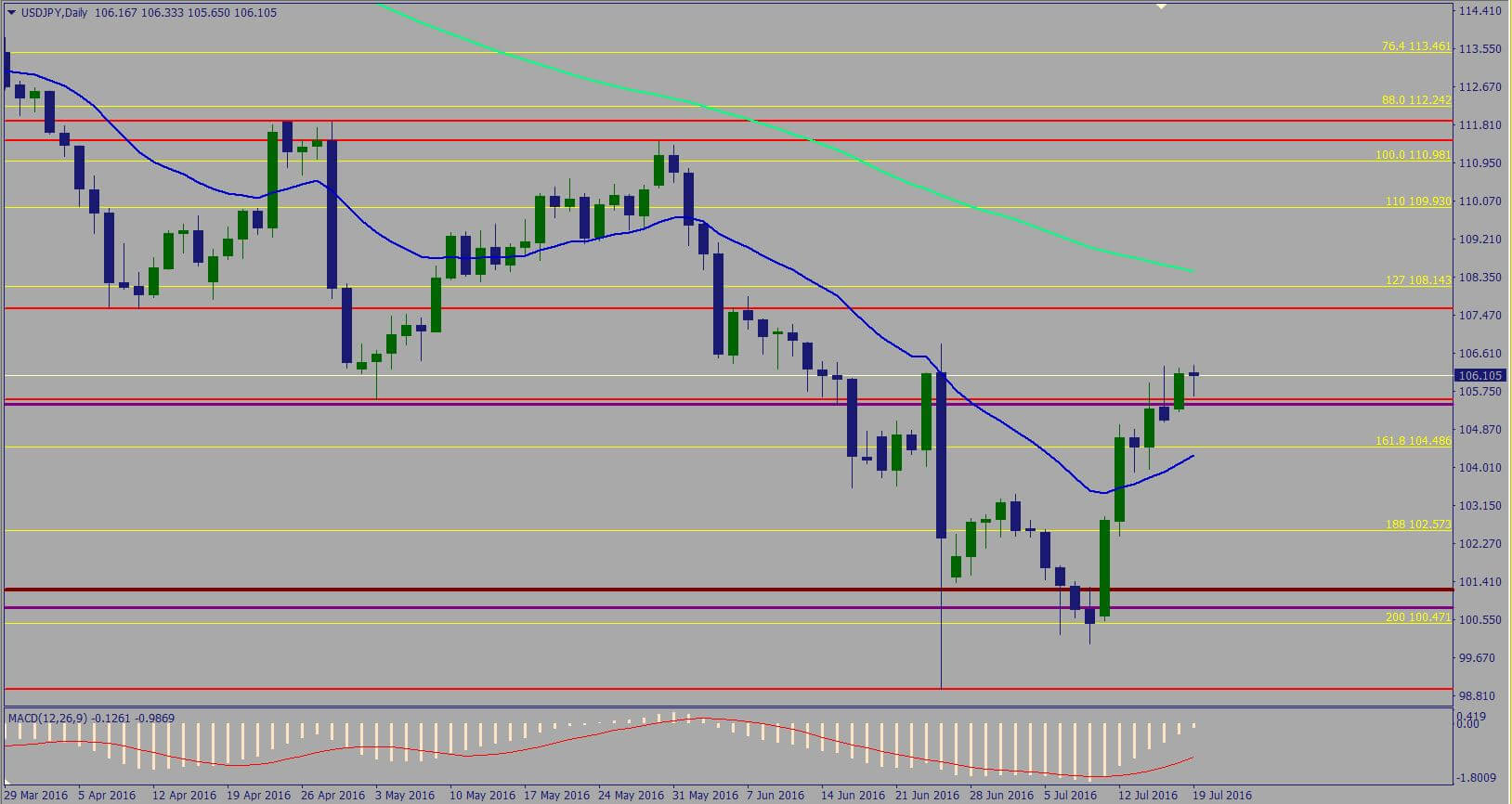