Forex
Jun 22, 2020
Free Trading Account Your capital is at risk.

During the upcoming trading week market participants look to the release of global manufacturing and inflation data for direction. What else can traders expect? Today’s forex market outlook reveals.

June 22 2020 | AxiTrader – US stocks dropped the most in more than a week amid renewed concerns over how quickly and safely the USA can emerge from lockdowns with Covid-19 case counts in the most populous states continuing to rise as the first wave of the virus spreads further and threatens to spiral out of control.

And it seems the mega-retailers aren’t prepared to wear the scarlet letter and be accused of being a conduit or epicenter of a super spreader; Apple is taking no chances and closing stores in four US states.

So where does this leave us as we approach the half-way point in the year, still apparently mired in a Covid-19 haze?

The speed and size of the fiscal response to the downturn have helped to cushion households through this downturn, but if the flu continues to spread consumers will feel unsafe leaving their homes. Still, store closures and possible government-mandated lockdowns will hamper consumers’ ability to spend money. and that could bring large sections of the US economy to its knees and hamper the recovery.

Given it’s a reasonably quiet but backloaded docket, the focus of the week ahead will remain stateside where the most unsettling economic tail risks are emerging as Covid-19 seems set to continue spreading alarmingly unabated through populous states.

On the US calendar, Thursday’s initial jobless claims data (1400k forecast vs. 1508k previously) will be incredibly valuable as those data give a high-frequency peek into the state of the labor market. Last week’s data only showed minor improvements in both initial as well as continuing claims, suggesting labor market progress may be stalling since May’s blockbuster jobs report.

The Fed’s current views on the economy and monetary policy were made clear following two busy weeks that included the June FOMC meeting and Chair’s Powell’s congressional testimony. But this is a relatively quiet week for Fed speak. Given an almost unanimous view among the board that rates should remain at the zero-lower bound until 2023 at the earliest, there’s very little threat from the data from a policy shift perceptive.

Recent high-frequency data have shown that the recovery has begun, with a significant pickup in economic activity as mobility has increased. Still, huge questions remain about the unwieldy first wave spreader which continues to ravage the US population.

Besides the US claims data, the other main highlight next week is likely to be the flash PMIs for June on Tuesday, with manufacturing, services and composite PMIs coming out from around the world.

Looking at other events over the week ahead, make note of the IMF’s update of their economic forecasts this Wednesday – in a recent website blog post, their Chief Economist Gita Gopinath said the update “is likely to show negative growth rates even worse than previously estimated”.

The Bangkok Sentral Pilipinas (BSP) is expected to cut its policy rate by 25bps to 2.5% on 25 June. While BSP has already cut its policy rate by 125bps – the most aggressive amongst its Asian peers – CPI inflation (2.1% in May) is now close to the 2% lower bound of BSP’s target. The strength of the Peso also allows for more rate cuts.

The Bank of Thailand (BoT) is likely to opt for a temporary pause in monetary easing next week after delivering 75bps of rate cuts in response to the Covid-19 economic fallout. While the market thinks there’s room for one more 25bps rate cut, they could keep the policy powder dry while opting to observe the reopening and fiscal stimulus effects.

The dollar strengthened into the weekend but not because of what I had initially thought, which was building evidence of the return of US exceptionalism. Instead, it was haven flows. At the same time, the commodity and higher to US equity beta currencies were sent lower as both US stocks and oil markets fell, reversed earlier gains in Europe then fell head over heels into the weekend.

The question remains if this was merely traders dusting off their Covid-19 weekend playbooks – where the first order of business is to reduce risk into the weekends when the Covid-19 curve could steepen – or is this a genuine threat to the stealthy bull market?

The FX market has been in a wait-and-see mode this week and, if anything, the bias has been for a risk reduction. FX continued to trade in tandem with the risk environment, and there’s probably a lot of head-scratching to understand how long this will be the case and what happens next.

But with the US dollar still showing its Moxy as a haven, despite the Fed hosing down the dollar carry appeal, if the US dollar continues to show a proclivity to strengthening when equities move higher – especially on robust US economic data –  I don’t think global investors will feel entirely safe without dollars in their portfolios.

It was hard not to get caught up on Friday’s oil ramp.

Still, two primary conditions have not been met for oil prices to put in some significant headroom above WTI $40 per barrel: 1) a definite flattening of the recent uptick in Covid-19 case counts in three of the most populous US states, and 2) a draw on US inventories.

The transmission mechanism from rising daily cases to financial markets can be appraised via two routes. Even if governments around the world choose not to reimpose countrywide lockdowns, key in the “second or extended first wave” argument is whether consumer behavior turns more cautious and inhibits a recovery in spending.

It’s one thing to be unabashedly bullish on oil over the medium term, but investors need to be realists when it comes to the unstable and highly volatile state of the oil market when Covid-19 remains in play.

Still, OPEC compliance remains unwavering; global demand is picking up while at the same U.S drillers shut down ten oil rigs in onshore fields this week which, according to data released Friday by Baker Hughes Co., brings the total to 189. All of which should continue to plank oil prices next week.

If you’re interested in the trends, here’s a useful free tool I came across to follow mobility data: ToMToM Traffic Index.

The most critical question virtually all macro investors have been pondering over recent weeks is whether asset prices are too costly given underlying economic fundamentals. (Good for gold).

In the sharpest and deepest global recession in decades, if not centuries, few expected risky assets to be trading close to or at all-time highs. The driver, of course, has been unprecedented monetary and fiscal policy support. But will policymakers keep adding stimulus into the economic recovery, or will they start to withdraw as activity data improves? (Bad for gold).

It seems to me that no one’s talking about the latter when it comes to the gold market.

I’ve been getting exhausted by the risk yo-yo and probably skimming headlines too quickly instead of spending more time digging into the research, but here’s an interesting tidbit I came across regarding the Beijing outbreak (paraphrasing the UBS neo blog update).

For followers of the latest Beijing Covid-19 second wave situation, Beijing is currently in a soft lockdown stage with schools shut and flights reduced to 30% capacity. What’s often missing in the discussion is the significance of the wholesale market Xinfadi, where the virus was found just over a week ago.

Xinfadi is the biggest wholesale market in Asia, has a size of 1,120,000 square meters (roughly equivalent to 251 American football fields), and makes up about 80% of Beijing’s entire farm produce supply. The broad reach of this market in the city is partially the reason for a quick-spreading this time. Beijing’s residents have been told to avoid “non-essential” travel outside of the town and have to provide proof of a negative Covid-19 test result from within the past seven days if they need to leave the city.

Tags AxiTrader FOMC FX market
Disclaimer: The views and opinions expressed in this article are solely those of the author and do not reflect the official policy or position of AtoZ Markets.com, nor should they be attributed to AtoZMarkets. 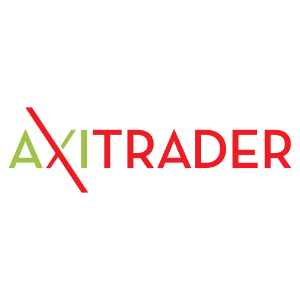