August 27, 2021, | AtoZ Markets -In Jackson Hole, Wyoming, Federal Reserve Chairman Jerome Powell spoke about the future of U.S. monetary policy. Read in this article how this affects your trading.

The path of recovery has been a difficult one. Strong policy support has fueled a vigorous but uneven recovery—one that is, in many respects, historically anomalous" said Powell.

"In a reversal of typical patterns in a downturn, aggregate personal income rose rather than fell, and households massively shifted their spending from services to manufactured goods," the Fed Chairman notes.

Also, Powell said: "Labor market conditions are improving but turbulent, and the pandemic continues to threaten not only health and life but also economic activity. Many other advanced economies are experiencing similarly unusual conditions".

The Path Ahead: Inflation

The rapid reopening of the economy has led to a sharp rise in inflation in the United States. For the 12 months through July, headline and core measures of personal consumption expenditures inflation came in at 4.2% and 3.6%, respectively. These figures are well above the Fed's 2% long-term target.

Fed's chief said that inflations concern is tempered by some factors. That suggests that these elevated readings are likely to prove temporary. "This assessment is a critical and ongoing one, and we are carefully monitoring incoming data".

Meanwhile, the dynamics of inflation are complex, and Fed assess the inflation outlook from several different perspectives:

1. The absence so far of broad-based inflation pressures
2. Moderating inflation in higher-inflation items
3. Wages
4. Longer-term inflation expectations
5-The prevalence of global disinflationary forces over the past quarter-century

What Changes Will There Be in U.S. Monetary Policy?

The main influence of monetary policy on inflation can come after a lag of a year or more. If a central bank tightens policy in response to factors that turn out to be temporary. The main policy effects are likely to arrive after the need has passed. The ill-timed policy move unnecessarily slows hiring and other economic activity and pushes inflation lower than desired.

That the "substantial further progress" test has been met for inflation, said Powell. There have also been clear progress toward maximum employment.

"At the FOMC's recent July meeting, I was of the view, as were most participants, that if the economy evolved broadly as anticipated, it could be appropriate to start reducing the pace of asset purchases this year. The intervening month has brought more progress in the form of a strong employment report for July, but also the further spread of the Delta variant" mentioned Powell.

"The timing and pace of the coming reduction in asset purchases will not be intended to carry a direct signal regarding the timing of interest rate liftoff, for which we have articulated a different and substantially more stringent test".

"We will be carefully assessing incoming data and the evolving risks. Even after our asset purchases end, our elevated holdings of longer-term securities will continue to support accommodative financial conditions".

In conclusion, Jerome Powell has made it clear that the reduction in asset purchases (Tapering) will have changes before the end of the year.

However, it is also clear that the Fed's rate hike still has a long way to go to become a reality.

We need to watch for this change to be made before the end of the U.S. fiscal year on September 30. Meanwhile, if the change is made towards the end of the normal year in December. Based on statements from other Fed officials, a tapering announcement could come as soon as the Fed’s Sept. 21-22 meeting.

Market Reaction and What Will Happen to the Dollar?

What’s Going to Happen with the Dollar?

Although it is important news today, investors remain more attentive to what happens with the delta variant and global economic recovery.

The Fed stops buying bonds this year affects the emerging markets and currencies.

Although, emerging market bonds are theoretically the most exposed to the US monetary policy inflection point, European debt is also reacting, with slight changes in sovereign bond interest rates.

The important thing today is that the Fed has been clear that monetary policy remains under the same current accommodative guidelines. And that interest rates still won't go up anytime soon. So the dollar will appreciate but not wildly if the recovery continues well in the US. 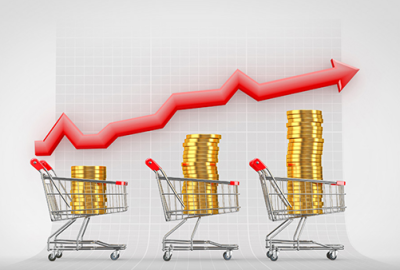 Fed Minutes Show the Possible Start of Tapering in November
Broker of the month!