The Fed's monetary policy meeting is finally here. All investors will be paying close attention to this big event. Read about how to trade Fed news.

A few months ago, Fed Chairman Jerome Powell said that the central bank felt that some conditions had already been met in the economy to change the bond program this year.

However, the last NFP report showed an unexpectedly weak gain of 235,000 jobs last month. Meanwhile, at their last meeting, policymakers noted "progress" toward their goals.

What Relevant Data Should We See from the Fed's Meeting?

The decisions adopted by the Committee at that meeting, as well as estimates of GDP growth, the evolution of inflation, and the unemployment rate in the United States, are published in this document as an attachment. This graph is known as a ‘dot plot’ or dot plot.

The economic projections and the dot plot convey the direction of the markets after the meeting. In any case, any change in the dot plot is likely to boost investor sentiment and, even if there is no change in the shorter-term view, if the chart starts to show rate hikes in 2023 or even 2022, the market reaction could be immediate.

The Fed Should Talk About the Debt Ceiling

Other issues are also battling for Fed policymakers' attention. Among them:

How Does This Fed’s Meeting Affect Cryptocurrencies and Forex pairs?

The Federal Reserve's decisions are crucial for the global economy, including crypto assets and Forex trading pairs. Most economic transactions depend on the U.S. dollar, which operates under the control of the Federal Reserve.

In the digital exchange sector, although other currencies can be traded, the dollar is the strong counterparty in transactions that settle. Therefore, if the dollar loses interest or strengthens uncontrollably, cryptocurrencies will also be affected.

Likewise, if risk aversion is excessive, cryptocurrencies will be in the news. In general, markets that are affected by FOMC meetings are currencies, bonds, U.S. indices, and cryptocurrencies to a minor role. Hence, if you decide to trade the upcoming Fed's meeting, we suggest you to go here to find an online broker for US.

Fed Chairman Jerome Powell is expected to brief the media at 2:30 p.m. ET. The investors expect the Fed to announce it will start paring back its $120 billion in monthly purchases of Treasurys and mortgage-backed securities.

Trading the FOMC monetary policy meeting has a two-part announcement. At 2 pm ET/18 GMT, the FOMC statement, economic projections, and dot plot will be released. At 2:30 pm ET/18:30 GMT, Fed Chairman Powell begins his press conference. Any guidance on tapering will happen here.

Leave us your comments to know how you think of this article. 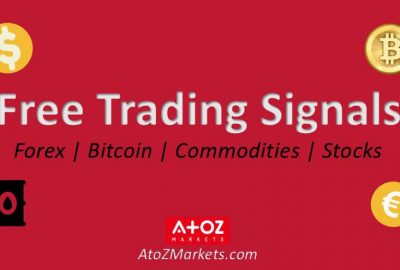