02 June, AtoZForex.com, Amsterdam — The Fed Fischer 101 lessons focus on his major five lessons learned from past crises. Everyone should know the notion that one must never waste an economic crisis, be it as a policymaker, institution or even you as a trader. It’s crucial to see opportunities in these adverse situations and make the best out of it.

For Mr. Stanley Fischer, the Fed Vice Chairman, this is part of his everyday life, as he posses over a vast experience working through various roles in crisis management over 30 years of his career. Mr. Fischer has played a successful role in the Israeli stabilisation scheme in 1985, while presently he is part of the management over the monetary policy in the US, engaging in various activities that deal directly with the Great Recession.

20 Years of experiences on economic crises

Having accumulated valuable know-how over the past 20 years of economic crises, Mr. Fischer has published various dissertations on the subject of what can be learned from these world changing economic crises. His publications on this subject are presented over three papers, which were chronologically released with the first published in 1999, when he was present at the IMF. The second by 2011, during his time as the Governor of the Bank of Israel, while the last paper was published in 2014 at the time Mr. Fischer was preparing to join the Fed.

These three publications are elaborate and touch a range of insights that vary from the difficulty of predicting an economic crisis, to the dealing of moral hazard, all being bundled in a list of ten lessons per dissertation. To draw a coherent understanding from these three papers, the Fed Fischer 101 lessons focus on five major lessons, which can be found on the Fed website. Over recently, he presented these summarised five lessons at the International Monetary Conference in Toronto. As it is impractical to cover all five lessons here, the narrowed down AtoZ Fed Fischer 101 lessons from past crises focus on lesson number five, which deals with the financial system, supervision and regulation. His research discoveries upon the matter has been summarised and outlined below:

Kicking off with his statement: “It would be a mistake to believe that financial crises are at an end.”

The Fed Vice Chair warns the never-ending course of economic crises globally. And that under any given time no one should be taking an easygoing stance. Having argued that financial crises are never-ending. Stanley said that it’s inherent to strengthen the financial system. But also institutions have to reduce the severity and frequency of financial crises.

However, no one is yet capable of anticipating future financial issues and crises. Therefore, each institution needs to build a financial system that is capable to withstand the critical elements from the past. But also these institutions need to build future proof financial systems.

In the course o

f facing a horrid financial crisis, governments and Central banks have taken action over the years through determining two sets of decisions. First off, there are short run decisions to take, in order to immediately intervene and prevent the financial crisis. These actions are of an urgent nature and usually are less costly. While making a less impact on the economy and society.

Secondly, more major measures and changes are mandated. Building on the long term with the purpose of reducing the possibility to face another financial crisis. Falling in this category, it’s inherent that the instances strengthen their regulations. As per example, Mr. Fischer explained: “In the case of the United States, most of the important changes have been introduced though the Dodd-Frank Act. And they have been supplemented by decisions of the regulators and the supervisors.”

Finding ourselves in the seventh year of dealing with scars that were left by the financial crises, various evident consequences have come alight. These include the very slow growth of the world economy, while the confidence in financial systems has been shattered.

Explaining the current situation and global discussions, Mr. Fischer commented that the world is either in a debt supercycle or a secular stagnation process. Also, he argued that the situation is still too unsettled to determine. 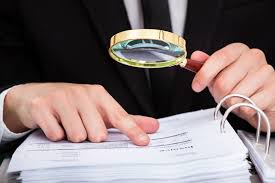 Stumbling upon several critical cases, the Fed Vice Chair opines that individuals should be severely punished for any financial misconduct. In too many cases, banks have been issued a substantial fine. But often it’s overlooked whom the responsible persons were behind the scheme causing the turmoil.

One of the underlying reasons for these missteps is possibly due to “misaligned incentives”, according to Mr. Fischer.

Never let your guard down

Last but not least, the final quote of Mr. Fischer says: “One reason we should worry about future crises is that successful reforms can breed complacency about risks.” He clarified that each nation must never let their guard down. Even after the implementation of new regulations, stronger framework and supervision schemes which have resulted in immediate positive effect on the financial system. It’s crucial not to become blind by the success and believe that the stability will remain. This too often has been the case for many participants in the world, explaining the missteps over and over again.

Due to the invincibility cloak, these institutions start to take more risks thereafter. Causing, them to pay less caution to risks and inefficiencies. Hence fall into a pattern of forgetting the seriousness of the problems it used to be in and a new financial issue might emerge.

Best Forex Trading Signals for 2021
Forex Crypto
Top 5 Forex Brokers
Top 5 Crypto Exchanges
Your subscription could not be saved. Please try again.
Thank you for subscribing. You will be the first to receive all the latest news, updates, and exclusive advice from the AtoZ Markets experts.
Everyone is reading
The Legal Battle Between the SEC and Ripple Continues
Binance Cancels Cryptocurrency Trading in Australia
Dogecoin Crashes and Bitcoin Market Awaits Fed's Meeting
close ×