March 1, 2019, | AtoZ Markets – The US Fed considers adding the Bitcoin crash as one of the risks to take into consideration while performing supervisory stress tests.

The U.S. Federal Reserve Board of Governors reported, after the Fed policy amendments, about the new stress testing scenarios that will be added to the policy statement. The agency will start considering the “crash of the bitcoin market” as one of the “significant” financial market risks.

As the official FED statement noted, the recommendation on adding crypto market crash into stress testing scenario framework was made by the commenter whose name was not mentioned. The aforementioned commenter put the collapse of the Bitcoin market on a par with the war with North Korea and the large losses caused by the illegal behavior of the trader.

“The Board was recommended to consider in its scenarios extreme shocks, such as the war with North Korea, the collapse of the bitcoin market, or major losses caused by the illegal behavior of the trader,” the FED document says. As the local media reports, any reported amendments to the stress-test policy that are adopted will come into effect on April 1.

The FED stress test in brief

The U.S. Federal Reserve conducts the stress tests annually in accordance with the Dodd-Frank Wall Street Reform Act and the Board’s stress test rules. Since the start of the supervisory stress tests, the board of directors has included many scenarios – internal or international – to assess market impact. It aims to make the tests “dynamic enough” by incorporating significant market risks into the scenario design structure. In addition to the collapse of Bitcoin, oil price shocks and a serious downturn in the eurozone also hit the list of frames.

“Jointly, supervisory stress tests in accordance with the Dodd-Frank Act are designed to provide management and boards of directors, the public and supervisory authorities with forward-looking information to help assess the potential impact of stressful conditions on the ability of these large banking organizations to absorb losses, fulfilling obligations to creditors and other counterparties and continuing to lend, "- explained in the document.

"Where appropriate, the Board intends to continue to supplement the scenarios with risks that it considers significant," the document explained. 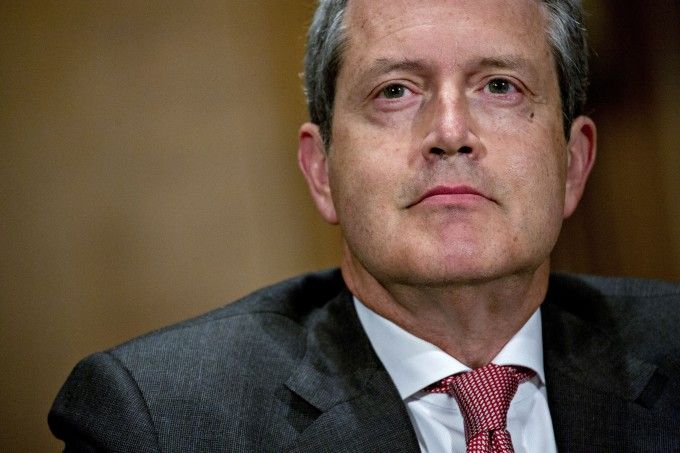 Following the U.S. media reports about the Fed amendments, Randal K. Quarles (pictured above), who is the new chair of the Financial Stability Board (FSB), said: “This will not be easy – developments like the emergence of crypto-assets may challenge any framework – but that makes the goal of a robust framework all the more important.”