The February Beige book results remained to choke the labor market, but only a few districts reported a pickup in wages. The dollar got off to a positive start on Wednesday, after investors reacted positively to yesterday’s speech by President Donald Trump.

03 March, AtoZForex – A report released on Wednesday showed that the rise in business optimism in the wake of the presidential election has cooled a bit. The Federal Reserve’s Beige Book ( a collection of anecdotes about the economy) said that the businesses were generally optimistic about the near term but to a somewhat lesser degree than in the preceding report.

The Beige Book based on information collected between January 10 and February 17 conveyed that the U.S. economy continues to stroll along. There is a chance of more growth than the economists has expected. The Atlanta Fed of GDP growth below 2 percent in the first three months of the year. The investors expect 60% probability for a rate hike at the March meeting. The Beige Book showed growth in 12 Fed districts as remaining at the same rate that has characterized the economy for most of the past eight years. There are some good signs for the factory activity, but the pace of the manufacturing growth is somewhat moderate. Moreover, also there is a chance of less inflation pressure. Also, the labor market remains struggling due to the shortages of labor. But the wage continues to rise in few districts.

What happened to the Finance market after the Beige book results? 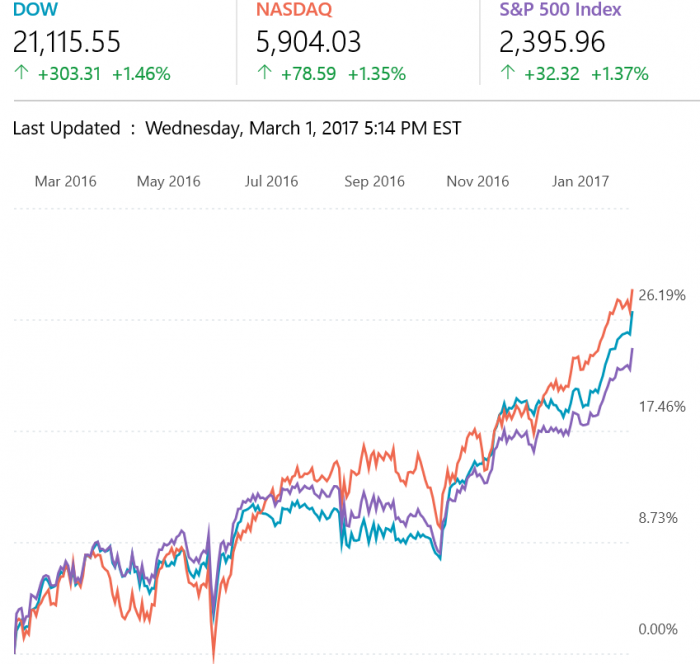