FCA UK cryptocurrency researchers spoke to 31 crypto investors and asked them to share their motivations and sources of information. 17 consumers were then selected for follow-up interviews. In an interview, they were asked the high-level questions regarding their awareness, understanding and purchasing habits related to cryptocurrencies.

The research that lead to the FCA UK cryptocurrency investor report took place from 12-16 December 2018. During this time, Kantar TNS included the following:

The FCA UK cryptocurrency investor report revealed that nearly three in four of those surveyed hadn’t heard of cryptocurrencies or were unable to explain the basic concept behind it properly.

27% gave a correct response which was mainly men, people who fall in the AB social grade are between 20 and 44 years old. Moreover, On average 27% of UK consumers could identify what a “cryptocurrency” is. 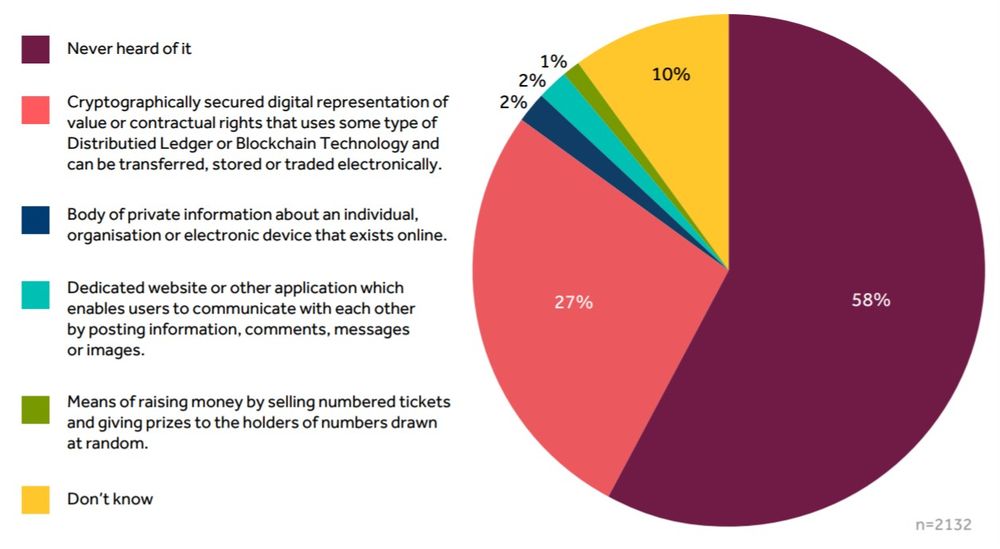 In addition to this, when it comes to main sources of information, almost half of those who are aware of cryptocurrencies stated that they heard about cryptos through online news or traditional media. Also, people over the age of 55 were more likely to select ‘traditional media’ as their answer than the rest. By comparison, social media was cited as the most influential source for youngsters.

Purchasing behaviors and reasons for buying 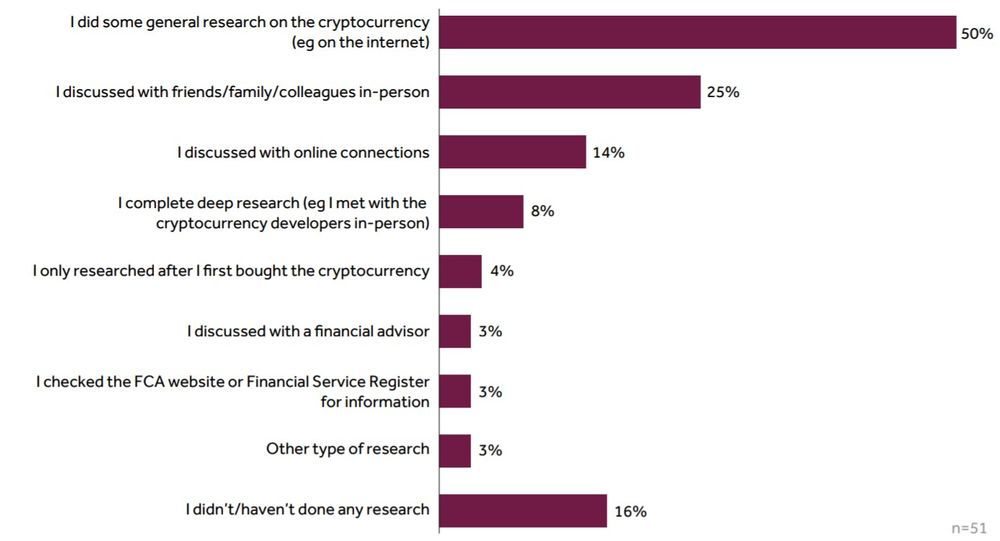 The most popular reasons for buying cryptocurrencies were as a gamble (31%), or as part of an investment portfolio (30%).

Meanwhile, 18% of the buyers expect to make money quickly, while around 4% bought due to fear of missing out the opportunity.

"Cryptocurrencies became mainstream majorly 2 years ago in 2017 during the bull run. So, it comes as no surprise that only a quarter of the general public are familiar with the concept. Naturally, the main reason why everyday people, outside of closed IT circles, suddenly became interested in investing in cryptocurrencies was the possibility of making huge profits in a short time. In fact, many so called cryptocurrency investors still enter the crypto market with the hope of getting rich quickly.  However, investing in cryptos does imply risks due to their high volatility and this is when issues may occur for those who have limited understanding of this subject. The key to both making cryptocurrencies more popular and to reduce consumer-associated risks is education, but this cannot happen overnight and it will gradually take place over the next 2 to 5 years. At 7Marketz Group we are keen to bring education to mainstream. This is in fact the main reason why we are keen to collaborate with exchanges as wel as education hubs."