January 10, 2019 | AtoZ Markets– On January 10, the British financial regulator (FCA) published a letter that was addressed to the general directors or equivalent persons of all authorized firms. In its appeal, the financial watchdog urged firms to ensure that their investors had all the information necessary to properly assess the regulatory coverage associated with their products.

The statement of the Financial Conduct Authority reminds regulated firms of their obligations when dealing with customers and strongly encourages them to check their websites and financial proposals. The new message of the regulator was send over misleading promotions, causing debates among financiers. According to the public, this happened because in many cases the advertising campaigns of firms create the impression that all their products are regulated by the UK authorities, including FCA. However, according to the experts, in reality, this is not at all the case. In other words, some unregulated services were improperly sold to investors, suggesting that the FCA controlled such activities. Such activities entailed many negative consequences putting investors at risk of serious losses.

Jonathan Davidson (pictured below), the executive director of FCA Supervision, said that it is unacceptable that "regulated firms sell unregulated investments, hinting to the customers that their entire business is regulated." He also stated that the financial regulator is determined to "eradicate misleading practices." 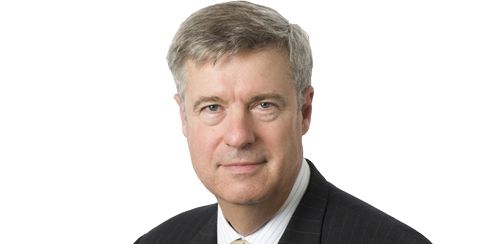 In addition, the FCA letter states that they are very concerned about the poor quality standards the firms are following and that as a result, some units may be investigated by the Compliance Division. As the British financial regulator's message underlines firms must balance their need for a clear business message with the relevant FCA requirements. The firms' CEOs will also need to consider whether the financial proposals approved by them are fair and clear and do not carry misleading information. “Despite the fact that we do not approve of advertising, and firms must ensure that financial promotion complies with our rules, we monitor advertising in various media in the UK,” the letter says.

European Central Bank Remains Firm on Its Current Monetary Policy
Forex Crypto
Top 5 Forex Brokers
Top 5 Crypto Exchanges
Your subscription could not be saved. Please try again.
Thank you for subscribing. You will be the first to receive all the latest news, updates, and exclusive advice from the AtoZ Markets experts.
Everyone is reading
SEC Lawsuit Against Ripple May Drag On Until 2022
Ethereum Facing Support Around $2,300 Price Area - Will Strike Upward?
Danske Bank Rejects Cryptocurrency Trading
close ×