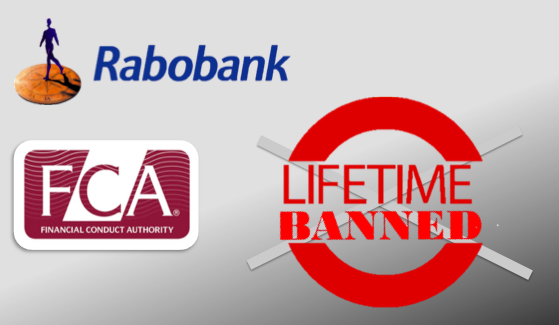 20 March, AtoZForex.com, Lagos — Ex Rabobank trader Paul Robson, has made a record, to the negative though. He goes down as the first Briton to be found guilty of attempted rigging of Yen LIBOR rate.

He has now been banned by the Financial Conduct Authority (FCA) for his role in the attempted manipulation of the London Interbank Offered Rate (LIBOR). Robson has also been convicted by US regulators on criminal grounds for over interest rate-rigging, as he also faces potential conviction on criminal charges in the UK. Additionally, he has been condemned upon his unethical behaviour after pleading guilty to attempt to manipulate LIBOR rates in 2014, with the sentencing set to commence in 2017, as the FCA issues lifetime ban on Rabobank trader.

Rabobank, the Dutch giant known as a global leader in Food and Agri financing and sustainability-oriented banking had previously paid a $1 billion to US and European regulators last year in settlement for its involvement in the global rate-rigging scandal.

Georgina Philippou, acting director of enforcement and market oversight at the FCA, commented upon the case as follow: “No excuse can be made for Mr Robson’s behaviour, which was particularly serious. He was the primary submitter of Yen Libor at Rabobank for a number of years and experienced in the market. He knew what he was doing was wrong.”