March 1, 2019, | AtoZ Markets - Social media giant Facebook is developing a cryptocurrency that will be pegged against the United States dollar and is intended to be exchanged on Facebook-owned WhatsApp.

NYT: Facebook Coin will be in the market soon

Facebook has been somehow both public and intensely private about their journey into blockchain technology and cryptocurrency. The New York Times (NYT) reported earlier today that Facebook is “hoping to succeed where Bitcoin failed” in a secretive crypto project. Few sources claim that the company is planning to launch the "Facebook coin" by the first half of 2019.

As reported, Facebook is developing a coin to overcome the issue of volatility in the cryptocurrency world. The exact date of the release of the Fb coin is not revealed yet but it might not be coming up soon as the company is still trying to plan out few strategies for the same.

Launching a new cryptocurrency would make it easier for everyday people to control and send their money, especially in countries with a failed banking system, or where it is difficult to reach out to the bank. Some of the difficulty with these launches within the crypto community has been due to strict regulations, high volatility, and huge competitions.

Working to prevent these types of roadblocks, Facebook has over 50 engineers with their hands on the crypto project, and the company has been consistently reporting on new job listings for it.

Few crypto geeks believe that Facebook can't able to beat or replace Bitcoin in the future as Bitcoin is decentralized or not governed by a single entity. 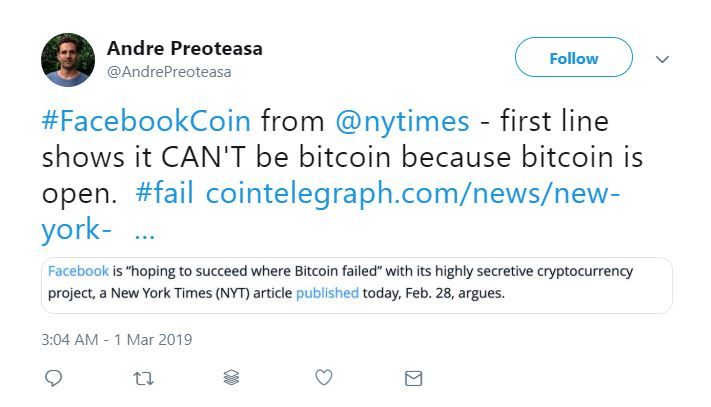 The power of Blockchain Technology

The rise of Stablecoins

The crypto space has seen a massive increase in the number of stablecoin since the last few years. There are over 120 active stable coins according to a few reports. The idea behind the stablecoin was to bring stability in the crypto market and to make it easier for traders to trade. The stablecoins are quite easily used as mainstream in daily life activities just as USD, EUR or other fiat currencies.