Get VIP Trading Signals Market Watch
Trade Now Your capital is at risk.
Over 6,000 investors have fallen for the Exential Group Forex trading scam, losing close to $300 million funds in deposits. It has been reported that CEO of the scam broker has been arrested.

5 January, AtoZ Markets – It has been recently reported that Sydney Lemos, CEO of Exential Group, was arrested for operating the fraudulent scheme. Mr. Lemos is from Goa and was the owner of Exential, a forex trading company in Dubai.

Early in November, over 240 Dubai investors have reached out to Carlton Huxley, UK private firm specializing in scam investigations, seeking to recover their funds. According to investors, the illegal company promised them to get annual returns of 120 percent. However, any regulatory body was overseeing the fund. In July, department of Economic Development has ordered the company to cease its operations. Unfortunately, when clients attempted to close their accounts they could not withdraw their funds. Consequently, investors lost large sums of money in the Exential Group Forex trading scam.

The accused company was relating delays in processing investors funds to anti-money laundering and compliance investigations in Australia. 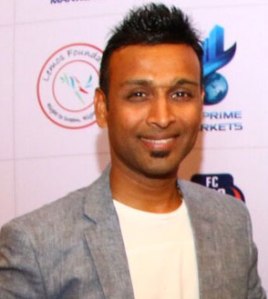 Sydney Lemos who is also the owner of a popular Indian football club FC Bardez Goa was arrested on the 21st of December, 2016. A spokesman from Carlton Huxley has reported that the law firm is currently working together with various authorities inside and outside Dubai and is examining the alleged laundering of more than Dh50 million by one individual. In addition, John Rynne, a Carlton Huxley director and former senior officer with the Metropolitan Police in London, has alerted investors against investing in schemes they don’t know much about. All in all, Exential hold around 18,000 of Forex accounts. With account holders including an executive of oil and gas company and a former vice-president of an aluminum company.

AtoZ Markets has tried to reach out to Exential Group and Carlton Huxley several times in order to ask for additional information. However, none of the entities responded.

AtoZ Markets recommends you to only commit funds with regulated Forex Brokers in order to protect yourself from losing money. You can also check the list of AtoZ Approved Forex Brokers that have passed our test.