South-East Asian countries have averaged a growth rate of more than 5% per year and a population of nearly 700 million people. If South-East Asia were one country, it would be the world's ninth-largest economy.

This region is very attractive to foreign investors and companies seeking to expand out of their country into an area where labour costs are still relatively cheaper. This is despite a recent trend of rising wage rates experienced in many Asian countries.

During the last 3 years, the region experienced growing trading volumes along all asset classes with Singapore’s financial centre leading the way.

There is a very strong appetite for Forex in South-East Asia, especially in Indonesia, Malaysia, and the Philippines. Also Thailand and Vietnam. This has also to do with demographics. Developing countries such as these, have a very large population in the 18 to 50 age bracket, which is when traders are most active. They may be looking to make a second income or to put their capital to work. At the same time there is an increasing and rapid adoption of the internet in the highly populous countries of the Asian theatre, which in the period between now and 2030 will start to experience a growth in internet penetration that happened in the West 20 years ago.

Let’s look at Indonesia for example, the region’s largest country in term of population. Indonesia is known as one of Asia’s fastest growing economies and is becoming an economic giant. The country has all the characteristics a developing economy needs. It is rich in natural resources, (crude oil, natural gas, tin, copper, and gold) proximity to trading partners and a large population. Its major imports contain machinery/ equipment, chemicals, fuels and crops. The country’s major export commodities include oil and gas, electrical appliances, plywood, rubber, and textiles. 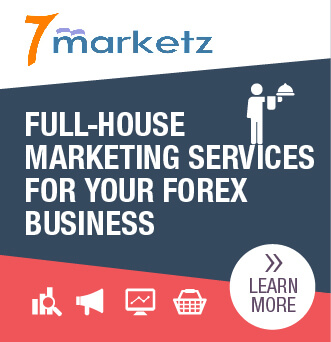 Indonesia has nearly $1 trillion GDP and is expected to be one of the top ten economies over the next ten years. The nation’s unemployment rate is at around 6.3% and the country has a labour force of 116 million people. Topped with a desire for online trading, Indonesians have been attracted to FX and as circumstances advance, the market is set for further growth.

Forex has been endorsed by the local futures brokers over the last years. Investors have been looking for ways to earn money in a short period of time and forex was (unfortunately) mainly promoted as a get rich quick product. Few brokers witnessed this trend and started entering the market at around 2003. These companies offer services on and offline support in Bahasa and generally had/have either a master IB or a representative office.

However, promoting FX trading as ‘’making money fast’’ is not the correct way. Brokers do not allocate resources and they expect results in a short time. Fast and correct account opening and deposit/withdrawal procedures, good execution, people on the ground conducting educational and face to face meetings with existing and potential clients, online educational webinars are some of the most important ingredients in a broker’s recipe for success and long term business. Companies which flourish are the ones which want to do things properly, support the customer on a long term basis with presence in the region. The correct and hospitable approach will provide clients with support, education and confidence so that clients will stay with their broker long term.

In anyway you look at it, the Asian region is ripe for further growth. Some brokers will just surf the growing demand for FX business, while others will play leading roles in bringing in new trading opportunities to open-minded and eagerly expanding FX trading communities. It is a lively and huge scene. With the correct people, product and approach it can be very profitable for any broker who has a serious long term plan.