14 August, AtoZForex.com, Vilnius – Fundamentally EURUSD weekly is substantially better set than it was before and with a technical break of a major resistance level the bull move could be confirmed.

Fundamentally, although the main Greece drama has passed, danger is not over yet. Greece’s parliament meets today to authorize a new €85bn bailout deal proposed by the creditors in order to pay the indebted country’s upcoming €3.2bn payment to ECB on 20th of August to the ECB.

Yet, investors seem already bored with the prolonged Greece fuss. Taking in mind current a lot more drastic global developments, such as China or the Fed, Greece could be viewed as no longer relevant.

Therefore, after additional concern of massively devalued RMB for investors who are already doubting the Fed rate hike, Euro is substantially better set then before to climb higher against the dollar.

Fundamental news for next week: 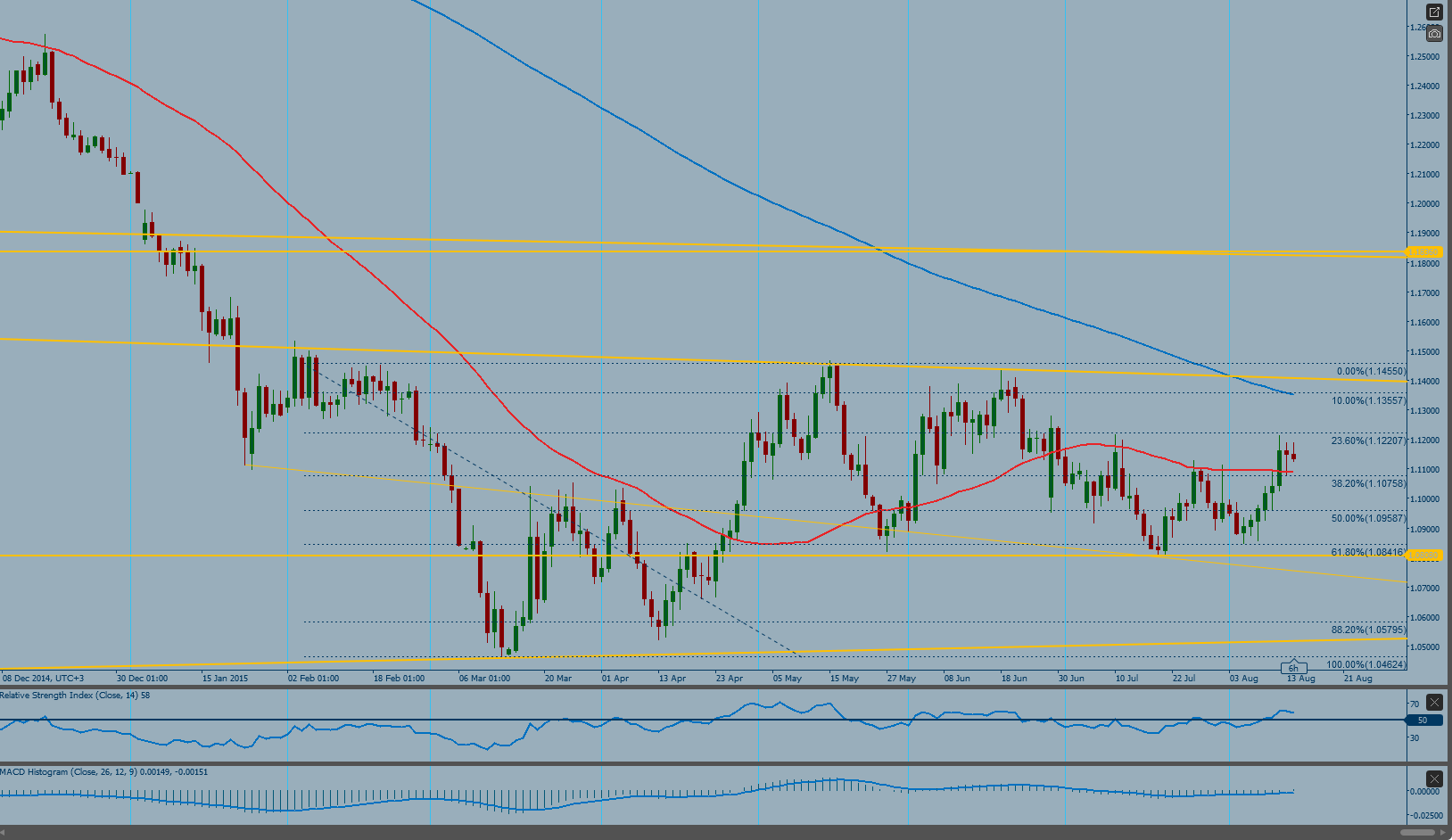