EURUSD is trading above 1.112 ahead of today’s GDP data from the United States. The following shares insights based on Elliott wave theory.

This week, the Dollar continued its dominance in the currency market especially against the EUR, GBP and the Aussie. EURUSD hit its lowest price in 22 months when it fell to 1.111. There was, however, a retracement to 1.115 before the price fell under bearish pressure to 1.113 where it has stayed sideways ever since. The US GDP data could cause massive spikes especially if there are surprises.

It’s now clear that the 14-months bearish impulse wave pattern has completed with this week bearish runs. However, the price has not responded with a rally toward 1.12 and above as expected. The diagonal would be invalid at 1.105. Until price touches this level, the diagonal is still valid and a big upsurge could happen. In the last update, the chart below was used to check the 14-months bearish impulse wave. 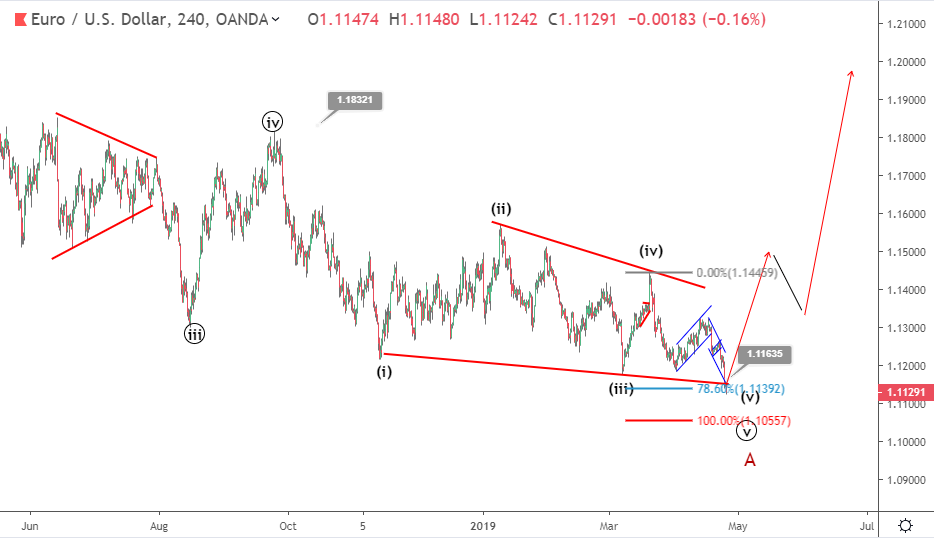 A 3-wave bullish correction is still expected to follow toward 1.18 but if the US GDP comes positive for the Dollar, we will most likely see further dips to 1.1. At this level, we will have to update our wave count. On the other hand, if a big surge happens afterwards on EURUSD, we might see a re-touch of 1.18 and 1.21. The chart below takes a close look at the current price activities. 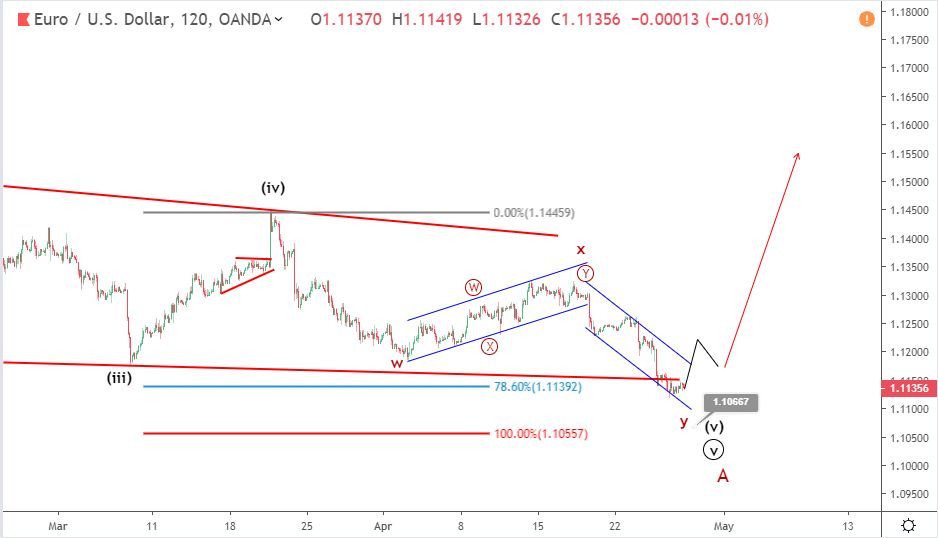 The last leg of the diagonal 5th wave has ended. A break above the wave y falling channel would be the first confirmation of the expected rally. A break above followed by a pullback and then a big upsurge is very much possible for this scenario. This wave forecast will be invalid if the dip continues to 1.105 and below.