For several months, there has been a huge debate between investors and analysts as to whether or not the EURUSD might hit parity anytime soon. Many believe parity is a certainty, while others think we may not see parity any time soon. On our EURUSD post FOMC technical analysis, we’ll see why parity is a possibility. 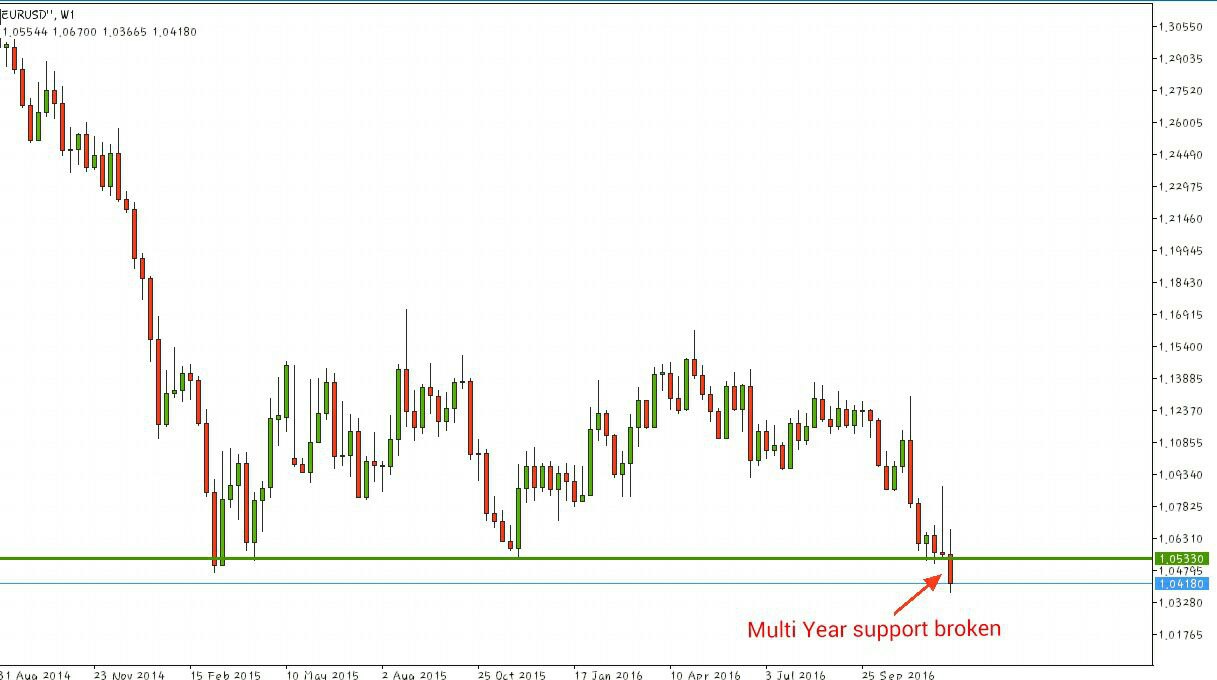 Since January 2015 however, the EURUSD has found support at 1.0500 region. That level has always supported price every time it was tested. Last week, the 1.0500 support held price and the pair even rallied 300 pips after the Italian constitutional referendum.

Following Draghi’s statement, the pair slumped and gave up all the previous gains and tested the 1.0500 support again. At that point it was only a matter of time before the 1.0500 multi-year support would finally give way.

Yesterday though, for the first time since January 2003, EURUSD traded below the 1.0500 support. That multi-year support is now broken following the surge of the USD after the release of the FOMC statement yesterday. This has sparked speculation that the pair could head towards parity sometime in 2017 first quarter.

Long term, with the post-election surge and the Fed rate hike, we could see a long term bullish USD. With the hawkish tone of Janet Yellen and overall outlook of the Euro, only a few would argue against parity.

As we speak, the pair trades at 1.043 level. The lowest this year. At this point, some correction ahead of the weekend is likely, as investors take their profits on USD.

What is your technical analysis of EURUSD post FOMC? Share your view in the comments section below.