In this article we are going to examine the previous price moves in EURUSD and the causes of it, then we will follow with the analysis of the current price and finish with the predictions for the upcoming year.

Many brokers and traders weren’t too happy during first two quarters of the year 2014, as there was the period of the lowest volatility in EURUSD pair. However, the month of May has been a game changer, the volatility has started as a result of the unpredictable decrease in the rate of refinancing by the ECB. While EUR has been depreciating, numerous analysts predicted a point of 1.3000 to be a stop in the decline, however, they were mistaken. 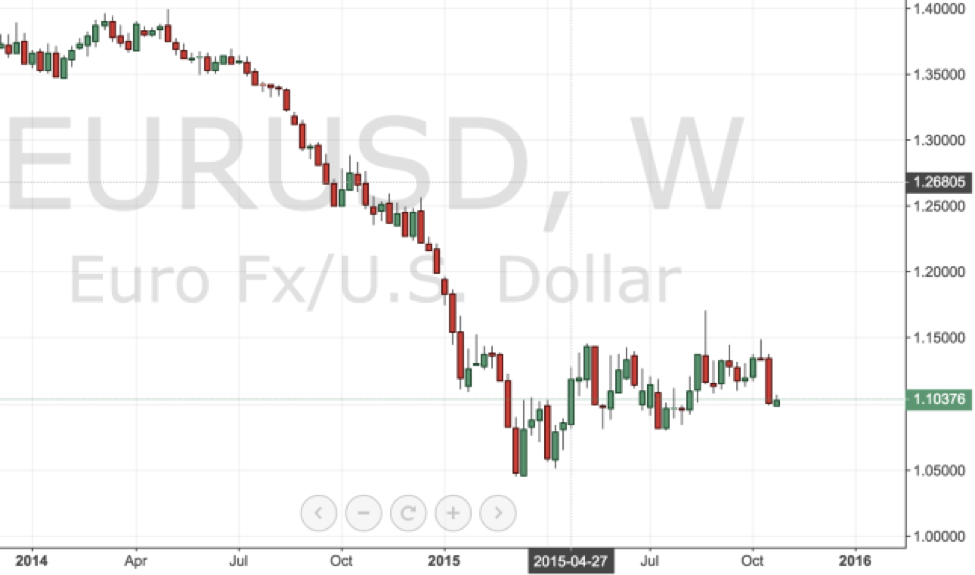 The value of EURUSD has declined from 1.3875 to around 1.2000 by the end of the previous year. Even though ECB’s decision on refinancing was quite an impactful, such a decline was hardly expected by the leaders of the European Bank. Next to the decisions taken in EU, US economy has shown quite a sustainable growth and it results in even more dramatic price changes.

There were still more events to contribute to an even lower price and EURUSD historic moves. The main one was, of course, the Greek elections. This has resulted in the price of EURUSD being the lowest for the last 12 years – 1.0480.

The price in the second and third quarters of 2015 has not been fluctuating a lot compared to the previous periods. It was mainly moving within 1.0450 and 1.1450 boundaries. 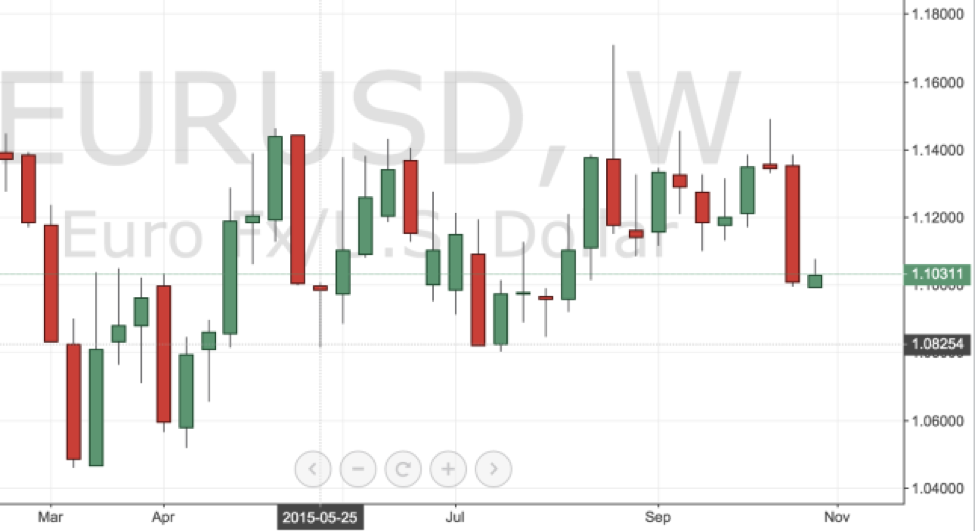 This certainly indicates the uncertainty in the future moves of the price, as we can certainly say that the previously mentioned EU issues have not been sorted, while the US elections are on their way too. Hence, we can say that currently the Forex trading price fluctuations are more transactional than speculative.

While there are certainly a large group of people that would like to see a come back from EUR, most of the analysts don’t believe it is going to be the case for the upcoming year. The main prediction is that EUR and USD currencies would achieve parity or that the price will simply fluctuate between 0.0950 and 1.0500. However, we should certainly keep an eye on the news coming from ECB, as their decision to quit Quantitative Easing could impact the value of EUR in the upward direction.

Tags Alpari ECB EURUSD Vladislav Antonov
Disclaimer: The views and opinions expressed in this article are solely those of the author and do not reflect the official policy or position of AtoZ Markets.com, nor should they be attributed to AtoZMarkets.
Author
Vladislav Antonov
View author profile
Everyone is reading
Gold May Break Above $1750 as US-China Conflict Rises
Trump and Fed Could Crash the US Dollar, Decentralisation Can Save The Economy
Myanmar Central Bank Declares Bitcoin Transactions Illegal
Exchange of the month