EURUSD is making an intraday corrective dip below 1.12 after it hit 1.125. The following looks at what could happen next based on the Elliott wave theory.

August 06, 2019 | AtoZ Markets – The Euro rose against the Dollar early in August after it was supported at a critical diagonal support zone. The US stock sell-offs on Monday also weakened the Dollar further and gave this currency pair a space to breathe after a long dominance from the bears. At the end of the last trading week, the post-NFP announcement saw the market stabilized after a fast Fed-induced dip. Price then rallied from 1.1025 and gained 225 pips to hit 1.1250 shattering the 1.118-1.12 resistance zone on its way.

However, the market mood improved after Yuan re-evaluation by China thereby giving a lift from Monday’s big stocks sell-offs. The USD has gained marginally from this and the Euro-Dollar pair bullish run has therefore retreated. Price has thus dropped 80 pips to re-enter the 1.118-1.12 territory.

There are indications that the bearish trend will take a break after 18 months and thus be followed by a big bullish correction. According to our Elliott wave analysis, the surge from 1.1025 was very much expected. In fact, we followed the dip from 1.14 in late June and had 1.105-1.1025 as the bullish reversal zone. The impulse wave from January 2018 seems to have completed with an ending diagonal 5th wave. The chart below was used in the last update to forecast a bullish push toward 1.13. 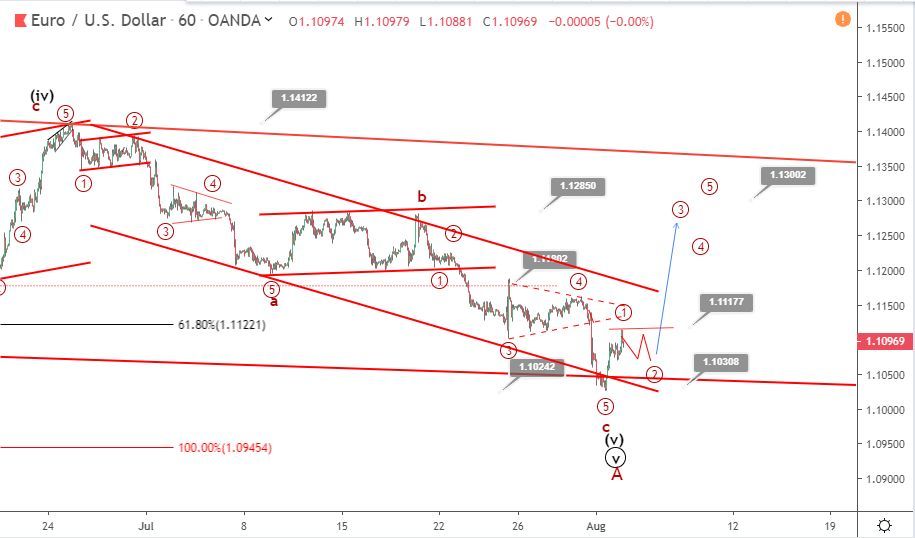 Price burst upside as expected and hit 1.125 thereby completing the first impulse wave breakout leg. The current dip is expected to continue as the chart below shows. 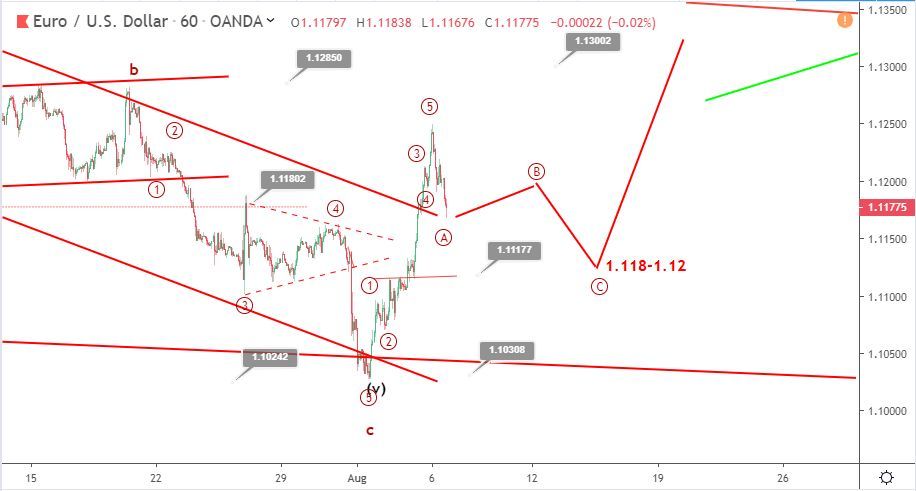 A 3-wave correction to the 1.118-1.12 support zone is very critical. The price might push further upside from there. Meanwhile, let’s go back to the larger picture. 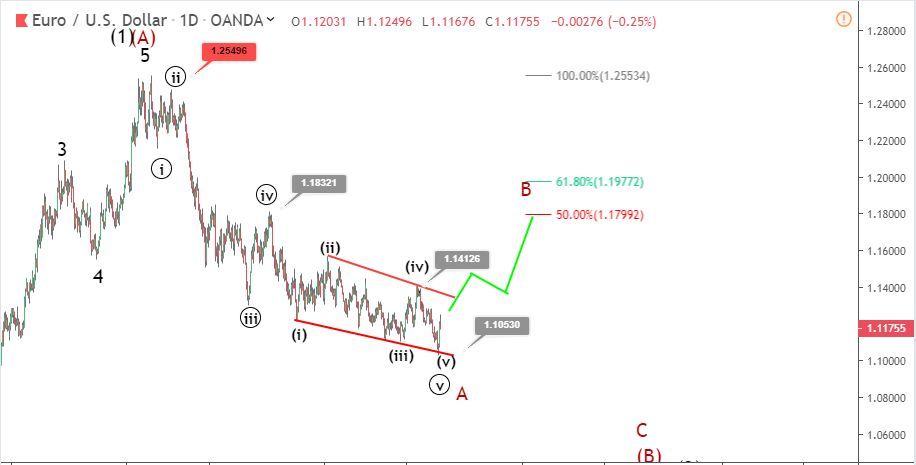 The long term bearish impulse wave seems to have ended, a 3-wave correction should follow upside. By technical measurements, the expected bullish correction could continue to 1.18-1.21 and run throughout the second half of the year.