EURUSD goes sideways after being rejected at 1.125. The following looks at the most likely scenarios based on the Elliott wave theory.

August 09, 2019 | AtoZ Markets – The volatility of the Euro-dollar currency pair dropped this week. After hitting 1.125 following big surges at the start of the month, the pair has now gone sideways. Price currently stays between 1.125 and 1.117 with very low momentum. If price breaks below 1.117, the current bearish correction should continue to 1.11 or a level above. The week will most probably end quietly though the US PP1 came a bit worse than expected. The deviation is too small to cause any big move. The market will look forward to next week’s US inflation data for more short term clues.

The US-China trade war remains one of the major drivers of the market. Earlier in the week, the Yuan was devalued by the Chinese government as a fight-back against the US. This conflict is having multi-dimensional effects on different currencies. More market-moving headlines are likely to surface next week.

EURUSD started a move from 1.1025 after price completed a long term bearish impulse wave on the first day of this month. The push to 1.125 was very much expected. According to the Elliott wave theory, once an impulse wave completes in this manner, a correction in the opposite direction should happen. Whether a zigzag to 1.18-1.21 or a much shallower pattern to a price below, the current surge should advance further. The major support level remains at 1.1025 below which this expectation will fail. Meanwhile, we have started the wave count from 1.1025. A bullish impulse wave could emerge. In the last update, we used the chart below. 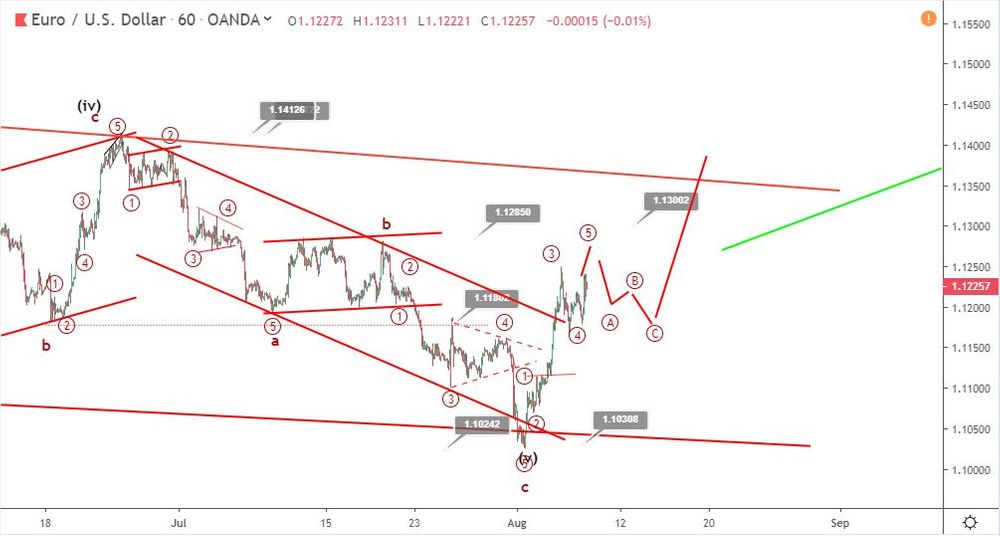 The minor dip was expected to be deeper and so we had the wave count above. However, this is still in an early stage and until a viable corrective pattern completes, we won’t know how deep the dip will go. In the new update, we have two scenarios as the charts below show. 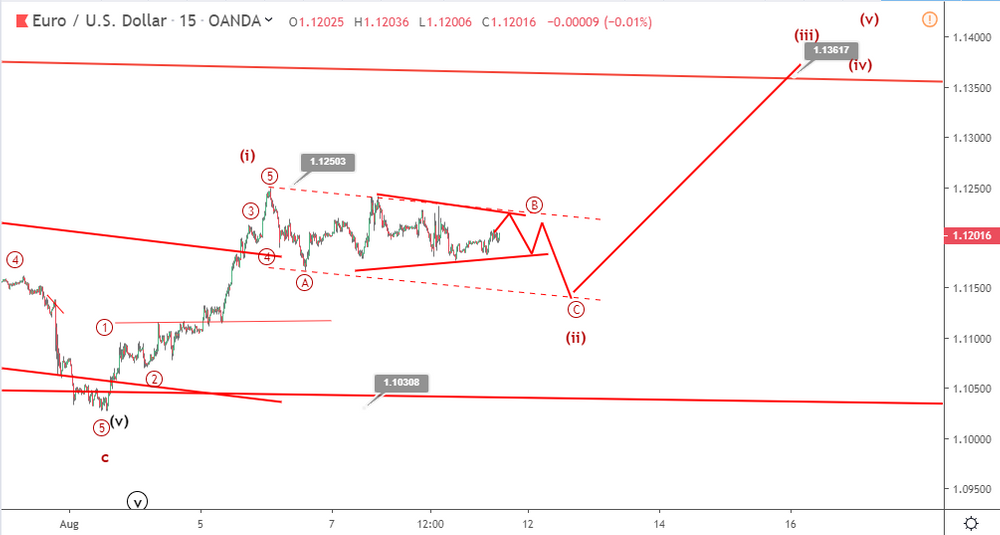 The current sideways move could complete a triangle wave b before price drops to complete wave (ii) with 1.11 providing support. This scenario suits our expectation of an impulse wave as a starter of a larger degree bullish correction. On the other hand, if the sideways move continues and price breaks upside without hitting below 1.117, the scenario below fits in. 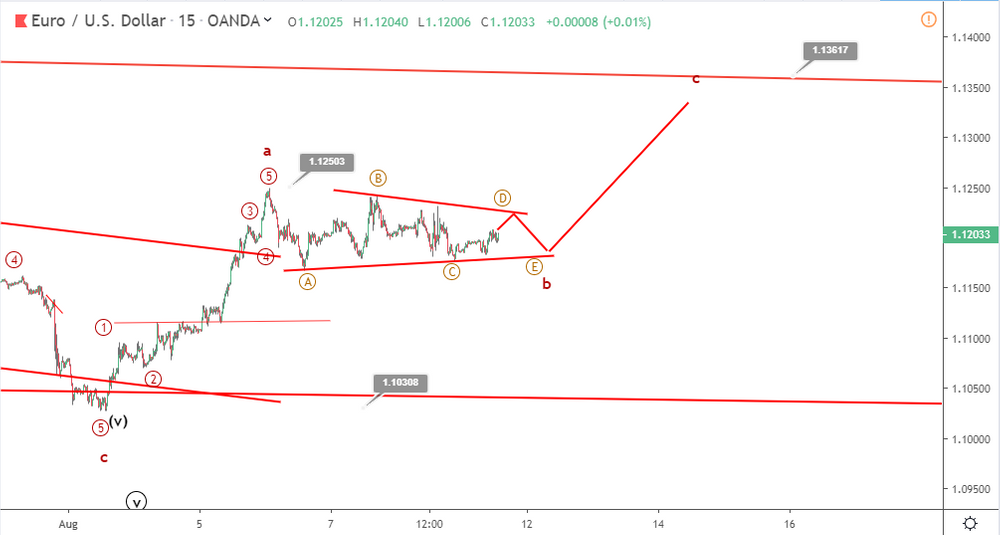 This means that an a-b-c correction might complete below the 1.14 handle. This could lead to a complex bullish correction or the continuation of the bearish trend.