Get VIP Trading Signals Market Watch
Trade Now Your capital is at risk.
EURUSD is recovering toward 1.12 after last week's dip which almost hit 1.111. The following looks at what could happen next based on the Elliott wave theory.

June 03, 2019 | AtoZ Markets - EURUSD still remains under the bearish pressure and has stayed sideways since April. The trade talks between the US and China broke down in April but the Euro-zone turmoils have prevented sharp dips and price remains between 1.13 and 1.11. The 1.11 price level is becoming the nearest most significant support level as price failed to break below after three attempts.

The instability in the German political sphere is raising concerns. The leader of the ruling party Andrea Nahles quitted. The German Chancellor has declared that she has no interest to run in the next election. However, her successor in the party is widely believed to be immature for the job. Euro is expected to be under the bearish pressure ahead of the new elections in Germany.

Meanwhile, the Dollar is getting weak across the board as the US-China trade war intensifies. Investors now find their safe haven in Gold and other commodities. China has revealed its approach to trade after the weekend's press conference. The second world's largest economy has remained defiant and is ready to fight back.

EURUSD started the week quietly at 1.117. It surged to 1.119 and quickly dropped to 1.116 in the Asian session. However, in the London session, it has recovered to 1.117-1.118. The nearest resistance level is 1.1215. A break above will most likely see further surges to 1.1265 resistance level and turn the medium-term bias bullish. On the other hand, 1.111 remains the support level to beat. If a break below happens, it's expected that the fall will be contained at or above 1.1050.

EURUSD price pattern since January is collapsing into an ending diagonal pattern. This pattern is a reversal pattern and is often seen at the end of a trend to start a correction or at the end of a correction to continue the prevailing trend. In this case, it could end the bearish impulse wave that started in January 2018. In the last update, after another push from 1.111, it seemed the diagonal pattern had completed as the chart below shows. 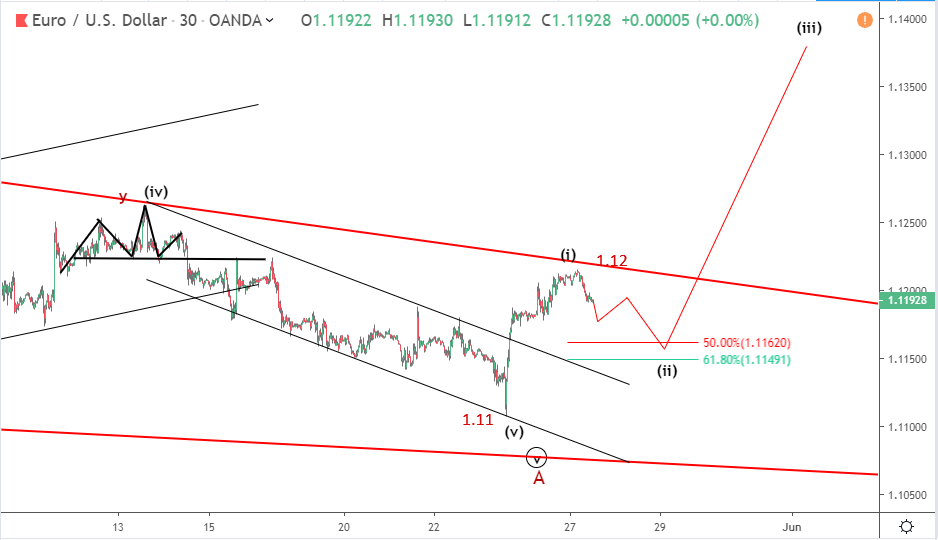 The supposed wave (ii) that followed went so deep and close to 1.11. The wave forecast above still looks valid but a break above 1.12 as the chart above shows should follow for confirmation. 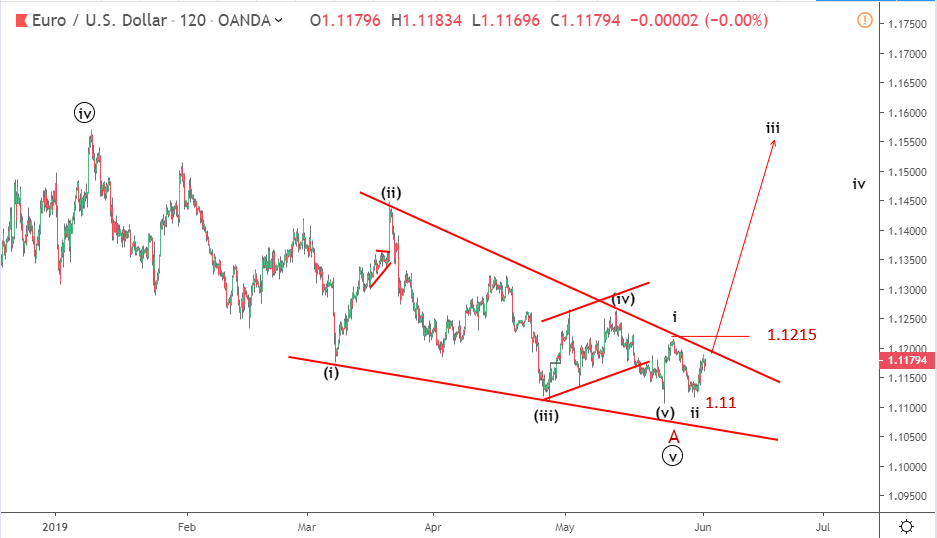 Price is currently between 1.11 and 1.1215. A break above 1.1215 will lead to an impulse wave breakout toward 1.16. This would mean that the ending diagonal ended at 1.11. However, a dip below 1.11 will produce a slightly different picture like the one shown below. 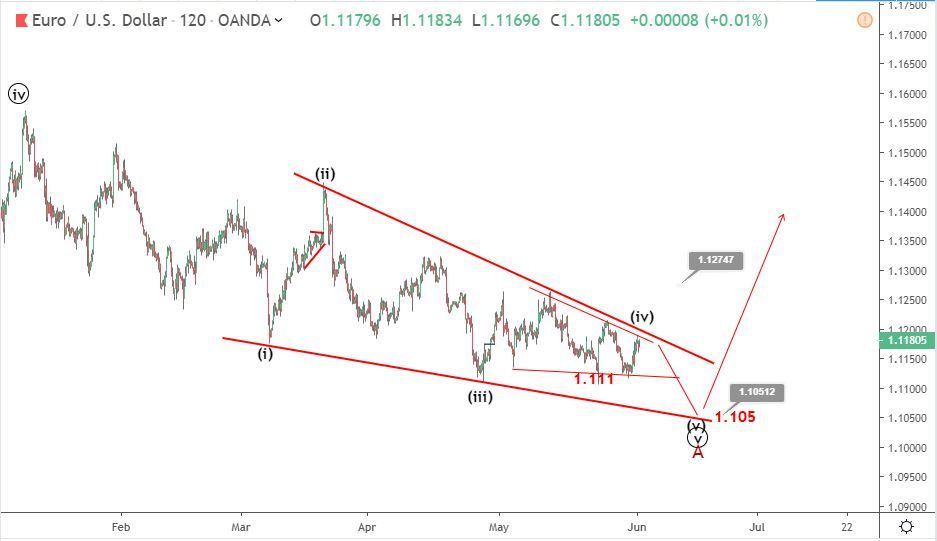 This scenario will see a touch of 1.105 and see wave (v) making a significantly lower price below wave (iii) to complete a more perfect ending diagonal structure. A huge rally is expected to happen afterwards if a solid break below 1.105 doesn't happen.

Forex and Cryptocurrencies Forecast for August 22 - 26, 2022
Broker of the month!