EURUSD drops massively toward 1.12 on Tuesday as the Dollar dominates again. The following technical insight is based on the Elliott wave theory.

April 22, 2019. AtoZ markets – The Dollar is exerting itself again as a dominant force. It gains across the board on Tuesday. Recent economic activities indicate a stronger economy after an upbeat first quarter of the year. The holidays on Friday led to a very slow movement. The Euro-zone, on the other hand, has not improved. Recent poor economic data from the zone has seen the Euro surrendered to the strength of the Dollar once again after an upbeat two weeks run in April that led to over 130 pips rally.

After dropping massively below the 1.128 double top neckline last Thursday there was a rebound exactly at 1.1225. The move continued to 1.126 on Monday. Today, however, the bears have taken control once more and are looking very likely to drive this currency pair to prices below 1.12 down to 1.1175 support. The bearish target remains at 1.115-1.116 where price could be faced by a heavy bullish force that might start a big bullish correction toward 1.18-1.21.

The current bearish trend in EURUSD started in January/February 2018 and is evolving into an impulse wave. It’s quite possible to know when this trend will end. The 5th wave of this impulse wave pattern is completing as an ending diagonal pattern. Ending diagonals are known to be followed by quick high volatile moves. Though the bearish trend is in the final stages, the trend is still bearish until it is not. In the last week updates, we expected the current bearish run to happen. We also expected it to continue below 1.1175. The chart below was used in the last update. 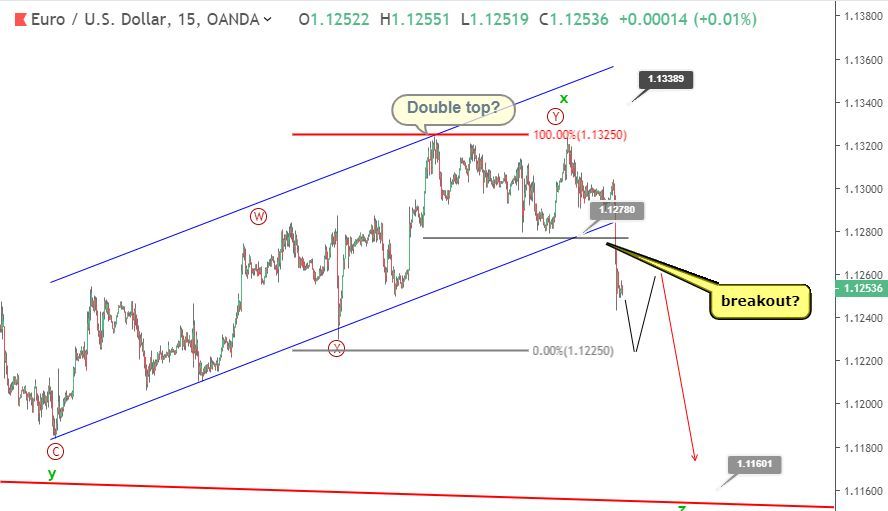 We expected a bounce at 1.1225 intraday support before the bearish run continues. The updated chart below shows that to happen exactly. 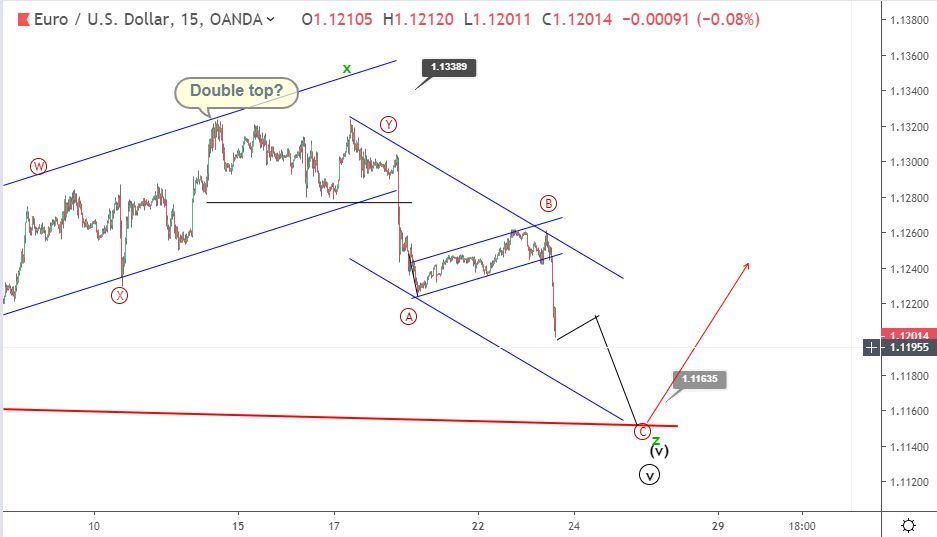