EURUSD dropped to 1.123 during the London session on Friday. Will the price continue downside? The following technical analysis is based on the Elliott wave theory.

July 19, 2019 | AtoZ Markets – The Dollar had a strong comeback early in the London session after Thursday’s weakness across the board. EURUSD which rallied to 1.1280 on Thursday from 1.1205 is currently under the bearish pressure after dropping to 1.123 early in the London session on Friday. Price has probably completed or about to complete the bullish correction from 1.119. However, it will still require a break below 1.118 to confirm the continuation of the bearish trend.

To the upside, the main resistance levels remain at 1.145, 1.152 and 1.157. Meanwhile, the price will have to break above the 1.1412 resistance level formed late in June. These levels seem far-fetched for now and it seems price will get attracted to the support levels beneath 1.118 before a big bullish move start proper. 1.11 is the next bearish target after the 1.118 support level. The ideal bearish target remains at the 1.11-1.1150 critical zone. FOMC members Bullard and Rosengren will speak today in New York. Will there be clues from them concerning the next FOMC rate decisions?

From the perspective of the Elliott wave theory, EURUSD remains under the bearish pressure. The long term bearish impulse wave from January 2018 looks to be incomplete. After another zigzag correction to 1.1412 from 1.11, a new zigzag leg could drag this popular currency pair to lower prices to complete an ending diagonal 5th wave. In the last update, we looked at the intraday EURUSD Elliott wave forecast with the chart below. 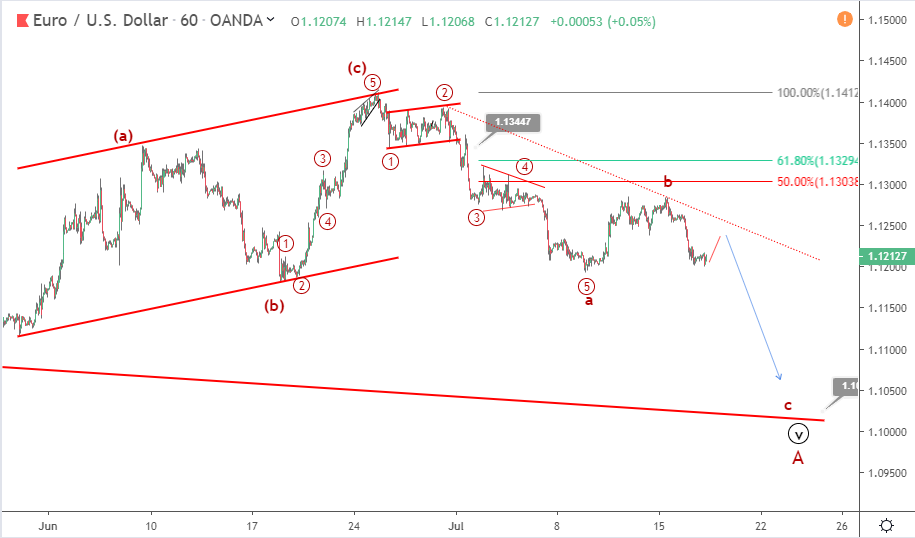 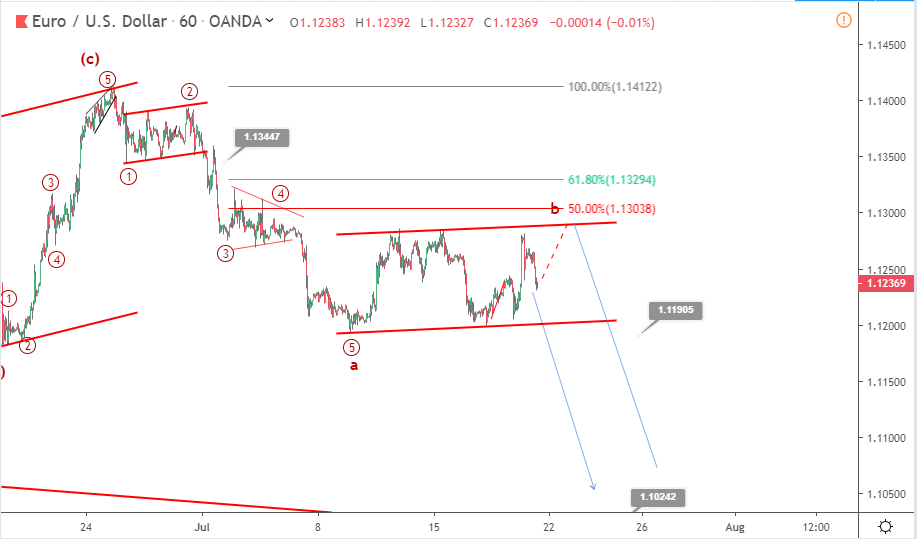