EURUSD continues below 1.13 amid trade tension concerns. The following share insights based on Elliott wave theory.

The currency pair broke below the 1.1290 intraday low after making a minor bounce to retest 1.13 significant level. After the breakout, price is slowing down around 1.128. There is no strong economic event until tomorrow when inflation data from the U.S will be released. The next level to watch out for is 1.1265 which will probably decide whether the loss will continue to 1.105 or the bullish run will resume.

The US-China trade war remains a major concern though the market’s reaction has been moderate. Despite a worse than expected US inflation report and a poor US employment data, EURUSD price didn’t break above 1.135 but has returned downside. Seems the risk aversion in the market has returned as the EU president called for caution yesterday in Frankfurt. EURUSD will remain under the bearish pressure unless a fast bullish breakaway happens toward 1.14.

With the current break below 1.129, the next important level is 1.1265 and 1.12. We will most likely see these levels touched if the bearish run gathers enough momentum. The bearish target remains at 1.1050 after a break below the 1.11 critical level. The upside is limited for now until a fast break above 1.135 (where a double top pattern completed). 1.142, 1.1515 and 1.157 are the most critical resistance levels to watch out for.

EURUSD Elliott wave analysis: what next?

In recent weeks, our attention has been on how the bearish impulse wave could end. We looked at the possibility of an ending diagonal pattern. The 5th wave of the diagonal was expected to draw toward 1.105. 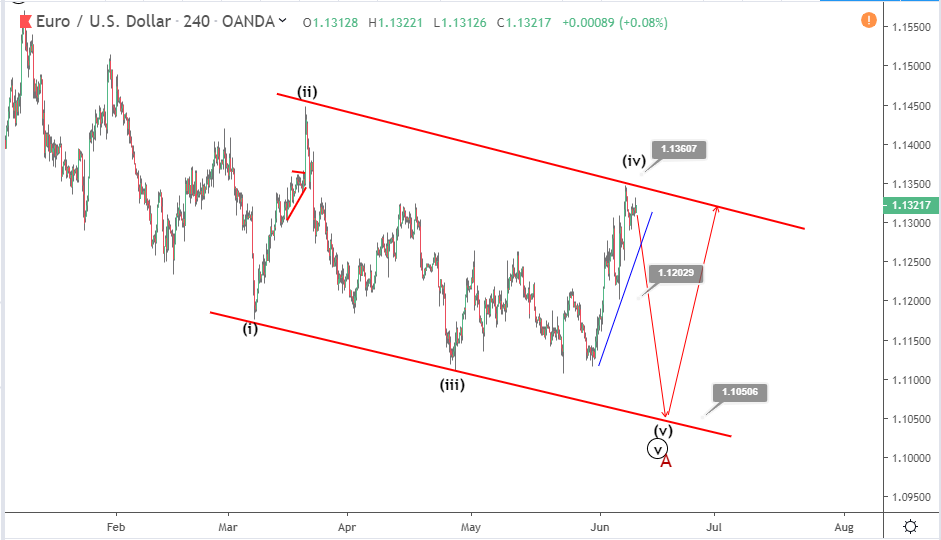 The chart above was used and in the last update, we had a follow-up with the chart below. A break below the rising blue trend line was expected to be the minimum confirmation. 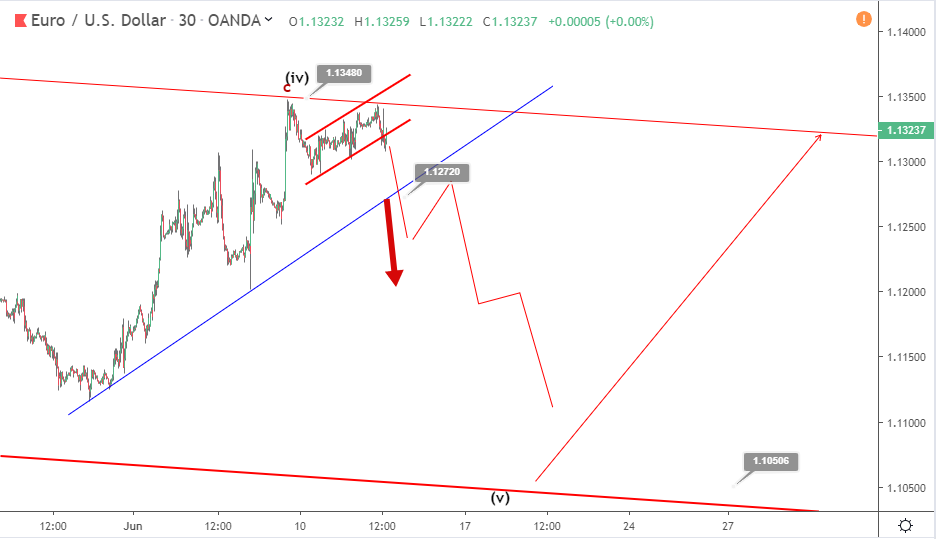 In the last update, the chart above was used. A break below the rising blue trend line and then a pullback toward it before the fast fall to 1.12 and 1.1050 would follow to confirm this scenario. The chart below shows price is currently moving in this direction. 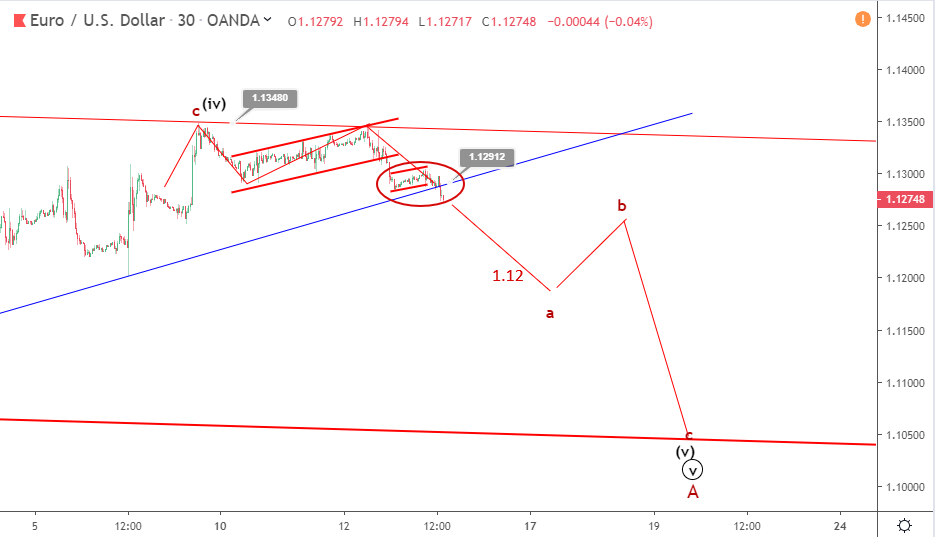 Price is breaking the trendline downside. If this continues to 1.125, there will be a hit of 1.12. A 3-wave bearish correction to 1.105 from 1.1348 is expected to complete the 5th leg of the ending diagonal pattern.