EURUSD dropped below 1.132 on Monday after the USD gained bullish traction. The following share technical insights based on Elliott wave theory.

01 July, 2019 | AtoZ Markets – The Euro-dollar currency pair dropped close to 1.13 on Monday after the weekend’s bearish spike. The USD gained bullish traction after the US and China agreed on a trade truce. The trade talk between the two countries is expected to restart and the market will hope an agreement is reached this time around.

The technical outlook of EURUSD seems simple. The long term trend is bearish while the short term trend is bullish. However, the current bullish trend to 1.1412 looks corrective and still within the long term bearish zone. In the last update, we had two scenarios printed on a chart window. The chart below was used. 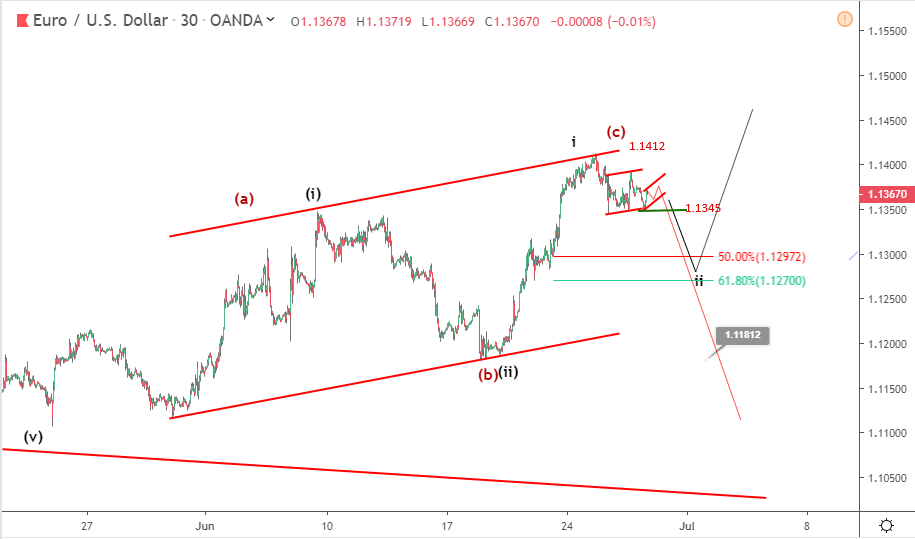 The possibility of a fall was high after price completed what looked like a zigzag correction at 1.1412. The pattern has been confirmed by the current dip. However, it’s not very clear whether the long term bearish impulse wave that started in January 2018 has completed at 1.11 or a lower leg will still happen. If it has ended, the current dip should be limited at the 1.13-1.127 zone. Price has now dropped closed to the zone as the new chart below shows. 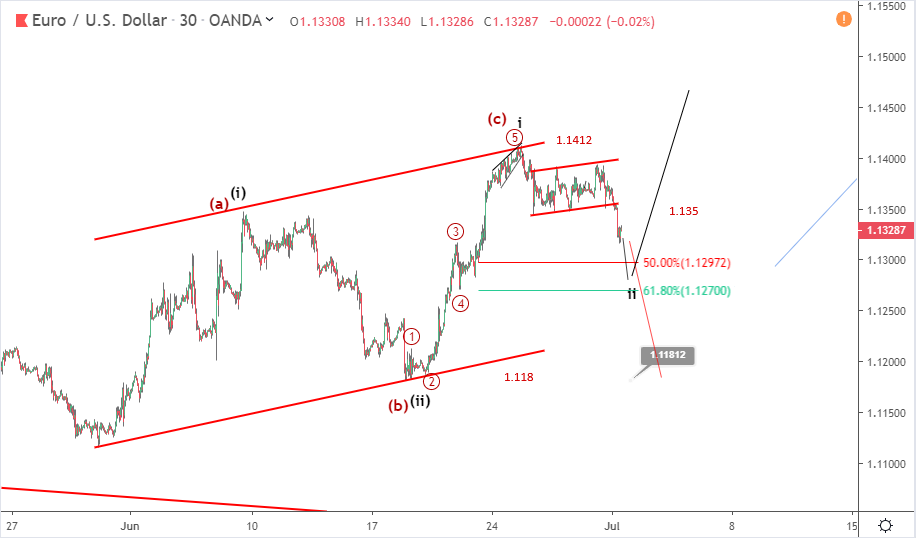 It will be interesting to see how price reacts at the support zone. A free fall below should hit 1.118 and continue the long term bearish trend to a new low. The most important short term economic event this week is the US Non-Farm Payroll which will be released on Friday.