The Eurozone economy is on the rise. According to markit report, the latest flash France PMI data signalled a rise in private sector output for the second month running during March. That said, the rate of growth eased since February and was modest overall.

Currently, the spell of growth stretches to 23 months and the latest rate of expansion was the most marked since July of last year. Moreover, output growth accelerated at both manufacturers and service providers, with some panellists commenting on increased order intakes and more investment. 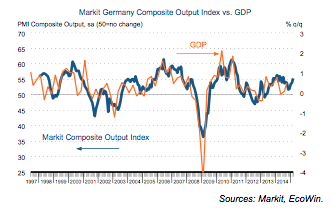 For the first time in history, UK’s inflation enters 0.0%. The just released consumer price index which is a measure of inflation came at 0.0%, as against predictions of 0.1%. This reading is the lowest since 1989 and the weakest based on constructed historical data since 1960 according to the Office for National Statistics. The fall in the rate is majorly attributed to plunge in prices of food, non-alcoholic drinks, furniture and household equipment and computer equipment in February. 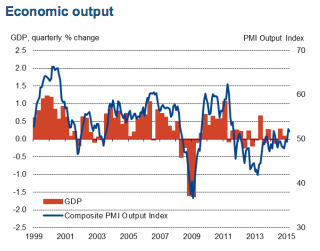 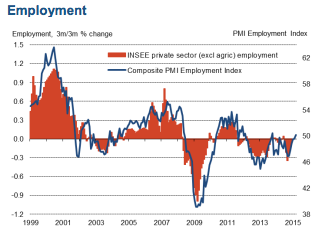 US CPI and Core CPI both came at 0.2% as Inflation showed signs of stirring in February, showing an improving U.S. economy is starting to give companies the ability to charge more. Stocks fell as investors weighed the economic data for clues on when the Fed will raise interest rates. The S&P500 Index fell 0.6% to 2,091.5 at the close in New York.

New Zealand’s Trade Balance was disappointing as total goods exports fell $608 million (13%) to $3.9 billion in February 2015 compared with February 2014, bringing the difference in value between imported and exported goods during the reported month to 50m, slightly higher than previous of 33M but worse than forecast of 375M.

German Ifo Business Climate is estimated at 107.4, following a previous release of 106.8. This has to be closely watched being a leading indicator of economic health. It’s a survey of businesses which asking respondents to rate the relative level of current business conditions and expectations for the next 6 months.

US core durable goods which is the Non-defense capital goods orders excluding aircraft is estimated to have climbed by 0.3%. A report from Nomura states that; “Excluding transportation, durable goods orders have been weak since late summer, raising concerns about future factory activity. Incoming production data for February have been weak, and the new orders subindexes within manufacturing surveys generally showed declines in February. Moreover, the West Coast port dispute (which ended in late February) and inclement weather probably weighed on activity.”

EUR/USD, GBP/USD, BRN/USD and BTC/USD 9 September Live Entry Points
Forex Crypto
Top 5 Forex Brokers
Top 5 Crypto Exchanges
Your subscription could not be saved. Please try again.
Thank you for subscribing. You will be the first to receive all the latest news, updates, and exclusive advice from the AtoZ Markets experts.
Everyone is reading
Ripple Agrees to Provide SEC with Company Records
Cryptocurrency Market-Experts Make New Predictions
FCA Publishes New Strategy to Scams and High-Risk Products
close ×