Ethereum Founder warns Cryptocurrency Community that if people will stay immature and not bring any value to society, he will leave. However, he has also stated he still has some hope left for the community.

4 January, AtoZForex – The co-founder of Ethereum, the third biggest cryptocurrency in the world, Vitalik Buterin, has made an announcement for the crypto world. As per his remarks, the crypto world is moving in the wrong direction.

The young creator of Ethereum, who is only 23 years old, believes that the cryptocurrency market participants are not acting mature enough. He has brought the immaturity of the crypto communities around the globe to the public attention.

Specifically, Mr. Buterin has stated that people in the crypto space need to acknowledge the difference between bringing the positive change for society and just moving the money around. 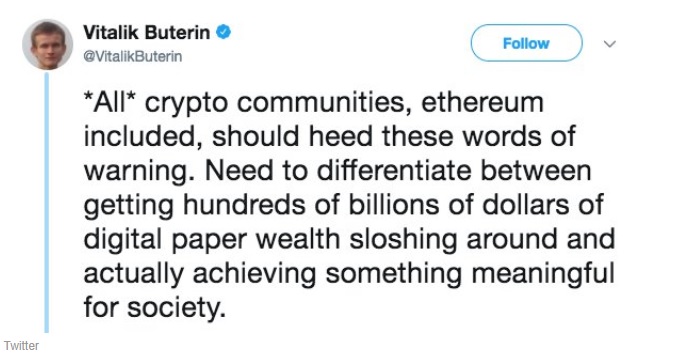 Moreover, he went on to talk about the energy that has been wasted on the inappropriate jokes and memes. He also threatened to leave the crypto market in case the situation won’t change. 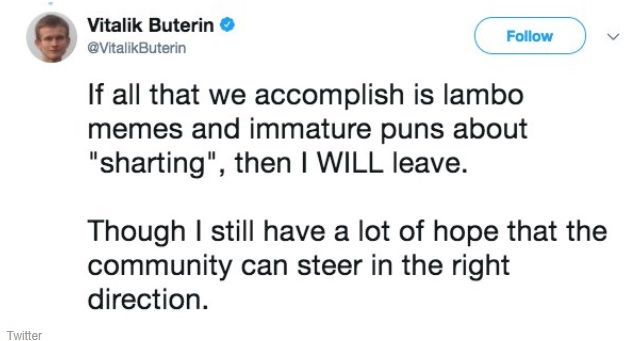 The crypto market has had a great year in 2017 – most of the cryptocurrencies have surged to the remarkable heights. One of the best-performing ones is Bitcoin, Ripple, and Ethereum. In addition, the altcoin market also does not seem to be sleeping, with the majority of promising coins posting newer record highs almost every week.

Ethereum has had an amazing year as well – it has developed the road for the myriad of the initial coin offerings (ICOs) as well. Now, many perceive Ethereum as a number one cryptocurrency when it comes to seeking capital outside financial services for startups.

As of now, Buterin has doubts in regards to the ground of the cryptocurrency market gains. He questions the foundation of the incredible crypto development in reality. 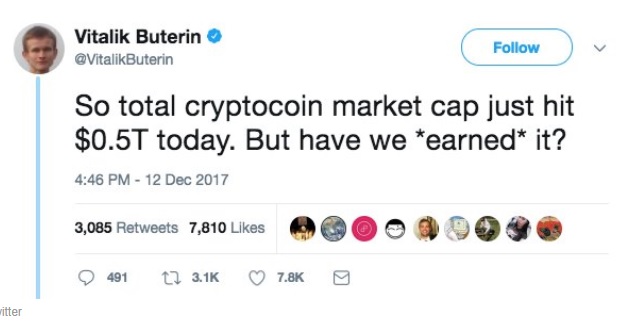 He has tweeted this post, once the cryptomarket capitalization has surpassed $500 billion during December 2017.