The impact from the ESMA Forex restrictions in Europe is striking hard on CMC Markets profit, as they have just reported a drop of 90%.

June 6, 2019, | AtoZ Markets – One of UK’s biggest spread-betting companies has reported a 90% drop in annual profits and slashed its dividend after being hit by stricter ESMA Forex restrictions which protect retail traders from large losses and a drop in market volatility.

CMC Markets profit fell to £6.3 million in the year to the end of March from £60.1 million the previous year, operating income dropped 30% to £130.8 million and revenue was down 21% to £166 million. The results are in line with a previously issued guidance which signaled a significant decline in revenues from CFD trading.

ESMA Forex restrictions across Europe been singled out as the main factor behind the decline in revenues and profits collapse. The negative result was also exacerbated by the extraordinarily low volatility period in the first quarter of 2019. 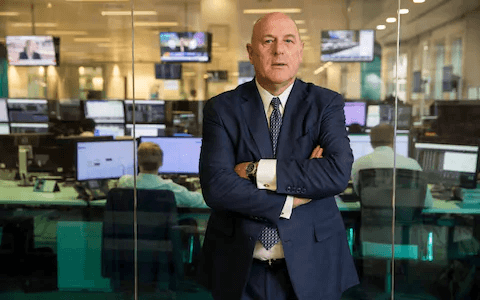 Peter Cruddas, 65, the Chief Executive Officer who founded the company 30 years ago, said:

“This has been a difficult period of trading for CMC and our sector, but having now weathered the ESMA transition, we exit this year with renewed confidence in the future.”

He said the business has been adjusted “to ensure we capture revenue appropriately and manage the net risk we are exposed to from higher client margins against smaller positions being held for longer periods”, while expanding the stockbroking and institutional businesses.

The number of active clients dropped by 5,857 (10%) to 53,308, as a result of fewer trading opportunities resulting in more clients stopping to trade in the UK and Europe when compared to the previous year. The firm states that while the number of clients has decreased, the quality of those new clients has improved, which, CMC says, is encouraging for the future.

Monthly active client numbers have remained broadly stable for the remainder of the financial year and client money levels have remained strong, rising £27.6 million (9%) to £332.4 million. What is more, the company also introduced a series of measures to raise the level of appropriateness of its clients throughout the year.

Revenues per client decried by 30 percent when compared to 2018 to £2,068. The steep decline in revenues has not been mitigated by cost savings, which only declined by 2 percent to £123.1 million. The savings accrued in discretionary bonus costs and reduced marketing spend but were offset by the higher costs associated with the acquisition of ANZ’s stockbroking business in Australia.

Looking ahead the company said it expected costs to be marginally higher as it looks to take advantage of the opportunities that the regulatory change would present.

CMC had made a “profitable start to the new financial year as it continues to understand the impact of and adapt to the regulatory changes and market conditions”, he said, with the financial performance at the start of 2020 “in line with run rate consensus expectations”.

CMC also provided an update with regard to its preparedness for Brexit. In order to guarantee CMC’s permission to operate in the European Union on an uninterrupted basis, the Group has established a new subsidiary in Germany. The necessary staff has been recruited in anticipation of starting to onboard new clients in the region later in the financial year. The Group’s headquarters will remain in the UK.

“We have learned as our clients adjusted to the imposition of much lower leverage levels at the same time as experiencing range bound markets. As a result, we have adjusted our business to ensure we capture revenue appropriately and manage the net risk we are exposed to from higher client margins against smaller positions being held for longer periods”.

CMC shares were up 0.2% to 89.6p after just over an hour of trading on Thursday.