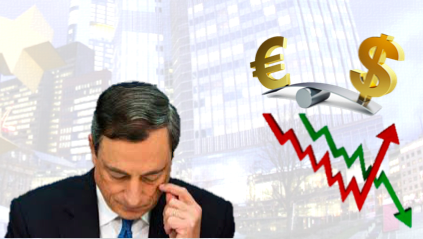 22 July, AtoZForex.com, Lagos – The European central bank has fully resumed work on Greece again. On Wednesday, a discussion on the Emergency Liquidity Assistance will be held via a telephone call, as they discuss one of the essential taps that is keeping the Greek financial system alive. A team will also be sent to Athens to monitor the country’s compliance to the newly agreed upon austerity measures and how well the government is keeping to its end of the bargain.

Just yesterday, the implementation of increased value added tax took effect. Over 40,000 food items have now been affected by the extra 10% valued added tax hike. This will weight mainly on the poor and average Greek household with at least 55 euro per month.Beef, coffee, tea, cocoa, spices, sugar, oils. Exceptions include except olive oil, ice-creams, chocolates, but also condoms and tampons, some articles for people with disabilities, transport, taxi and so on. Most things though, will now cost 10% more, thanks to the new VAT implementation.

As a check and balance towards, the ECB will join the IMF and the European commission in monitoring the progress on implementation. The ECB has a strong interest in ensuring the cooperation of the Greek government to follow through on the deal, considering that the institution is embroiled there on multiple fronts from saving the banks to deciding when to include the nation in monetary stimulus.

Further committing to the financial stability of the nation, the Governing Council will decide on Wednesday whether to raise the cap on ELA from the current 89.5 billion euros ($98 billion), and for how long. President Mario Draghi ensured a raise on the limit by 900 million euros last week, the first increase since late June, after the country’s parliament passed prior actions that allow talks to start on an aid package worth as much as 86 billion euros. This helped Greek banks to reopen on Monday for basic services, though capital controls remain in place.

Draghi says he is willing to give Greece the benefit of doubt and will assume they will act appropriately, while also acknowledging the possibility of a failure to comply:

“No matter who you talk to, there are, I would say, questions about the implementation, will and capacity,” he said at a press conference in Frankfurt on July 16. “Would you think it is legitimate for the ECB to take its decisions based on doubts about a government’s capacity to implement the measures? that’s not for us.”

Today, Tsipras returns to the Greek parliament to seek support from opposition parties on measures a vote on two pieces of legislation required by creditors to qualify for bailout negotiations.