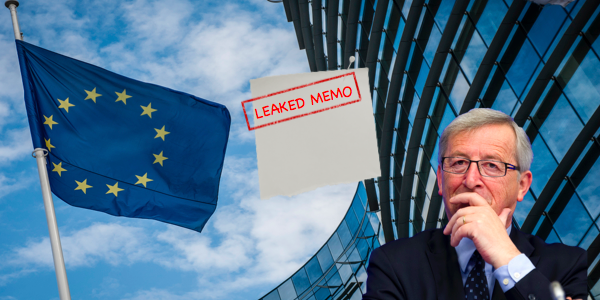 In a gesture of aid, the European Commission President Mr. Jean-Claud Juncker has written a lengthy proposal to support Greece to close down a deal with its creditors the IMF and EU. Alongside, Mr. Juncker tried to assist Greece to unlock some bailout funds, in order to avoid the country’s default on the 5th of June, whilst allowing Greece to have a bit more time to compromise a new accord.

Reportedly, Mr. Juncker’s leaked memo got distributed to all involved parties and for some reason got leaked to Vima newspaper. Was this done intentionally and is it official? All that there is to know is that Mr. Juncker’s leaked memo help Greece. First off, the terms are laid out for the EFSF to fund Greece in upcoming June, while allowing the country to come to an elaborate agreement in Autumn. In more detail about the fund for Greece, Mr. Juncker considers the following:

Aside this paramount condition, other proposals made in his leaked memo advocates:
I. Legislation of measures €5bln for covering budget deficit for the years 2015 and 2016.


II. Implementation of essential ‘reforms measures’ in September and October, of which are included in OECD’s kit and refer mainly in changes in the social insurance as well as labor market.

Noteworthy is that the leaked memo of the European Commission President has presumably been in the possession of the IMF, ECB and the Greek government. Reportedly, the IMF disagree with Mr. Jean-Claud Juncker’s conditions and indicated that these needs to be reviewed and altered accordingly. On the contrary, a number of EU departments claimed not to have seen any official proposal or conditions of the European Commission President. On top of this disclosure, the Greek Finance Ministry also dismissed of being in posses of Mr. Jean-Claud Juncker’s leaked memo.