May 15, 2019, | AtoZ Markets – The multinational e-commerce corporation eBay has denied rumors, that it will start accepting crypto despite the advert photos which were leaked on Telegram and have sparked massive speculation on Twitter.

The rumor started, when on one of the Telegram channels appeared photos supposedly leaked from the Consensus 2019 conference and annual gathering for the cryptocurrency and blockchain technology enthusiasts. 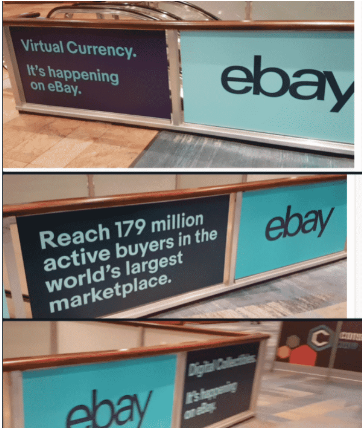 The crypto market has experienced a significant recovery this week, some suggested, that the surge in the crypto market could be linked to hopes that eBay was preparing to embrace crypto. However, eBay had not confirmed by that time whether they are really going to start crypto adoption on their platform.

Corporations response to the crypto-related rumors

Addressing the gossips directly, an eBay spokesperson noted: “Cryptocurrency is not accepted as a form of payment on the eBay platform, nor is it part of our payments strategy.”

As expected, that was the case, when the pictures featured in the tweets to be about a totally different thing. The e-commerce platform does currently have a section marked Virtual Currency, that allows platform users to trade crypto against fiat anonymously. “Virtual Currency. It’s happening on eBay” –  could be in reference to this category. Over recent days eBay was not the only corporation, that discredited crypto-related rumors.

In April one of the Twitter users suggested in his post that Omaha-based brokerage firm TD Ameritrade, which holds an estimated $1.3 trillion in assets, was testing bitcoin (BTC) and litecoin (LTC) spot trading on its brokerage. 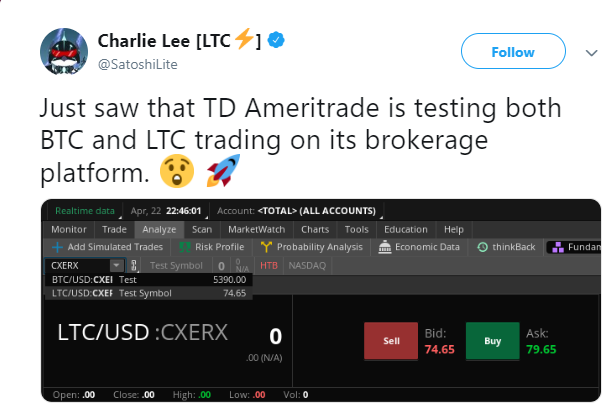 The rumor caused excitement in the crypto community. While speaking about crypto adoption, however, Sunayna Tuteja, the company’s head of digital assets, in one of the recent interviews with Bloomberg said: “Currently we’re not. We have what we call paperMoney, which is what our clients can try for trading strategies. It was a simulation. So there was no actual execution.”

Despite that certain major corporations are seem not quite ready for crypto, other brands including Whole Foods Market, Barnes & Noble, and Bed Bath & Beyond have confirmed that they will allow customers to spend crypto in their stores. Due to the partnership, users will be able to spend their cryptos at numerous retailers via the Flexa’s SPEDN app released at Consensus 2019 on May 13.