15 November, AtoZForex – US stocks escaped early losses and finished almost unchanged on Monday. Technology companies like Apple and Microsoft took big losses on fears about their overseas revenue, but bank stocks continued to surge along with bond yields. On Monday the Dow Jones industrial average moved up 21.03 points, or 0.1%, to 18,868.69 points.

US stocks closed mixed on Monday, after the Dow Jones industrial average hit a new all-time high, as investors evaluated the prospects of the economic growth following Donald Trump’s Presidential election win. The Dow gained about 20 points higher, completing a six-day winning streak and closing at a record high, with Goldman Sachs and UnitedHealth Group contributing the most gains.

The S&P 500 closed around opening price, with a 1.7% fall in information technology offsetting a 2% gain in financials. The Nasdaq composite lagged, slipping about 0.4% as Apple and the so-called FANG stocks (Facebook, Amazon, Netflix and Google’s parent firm Alphabet) all fell. Meanwhile, US stock index futures ticked up on Tuesday, a day after the Dow Jones industrial average racked up its sixth straight day of gains. 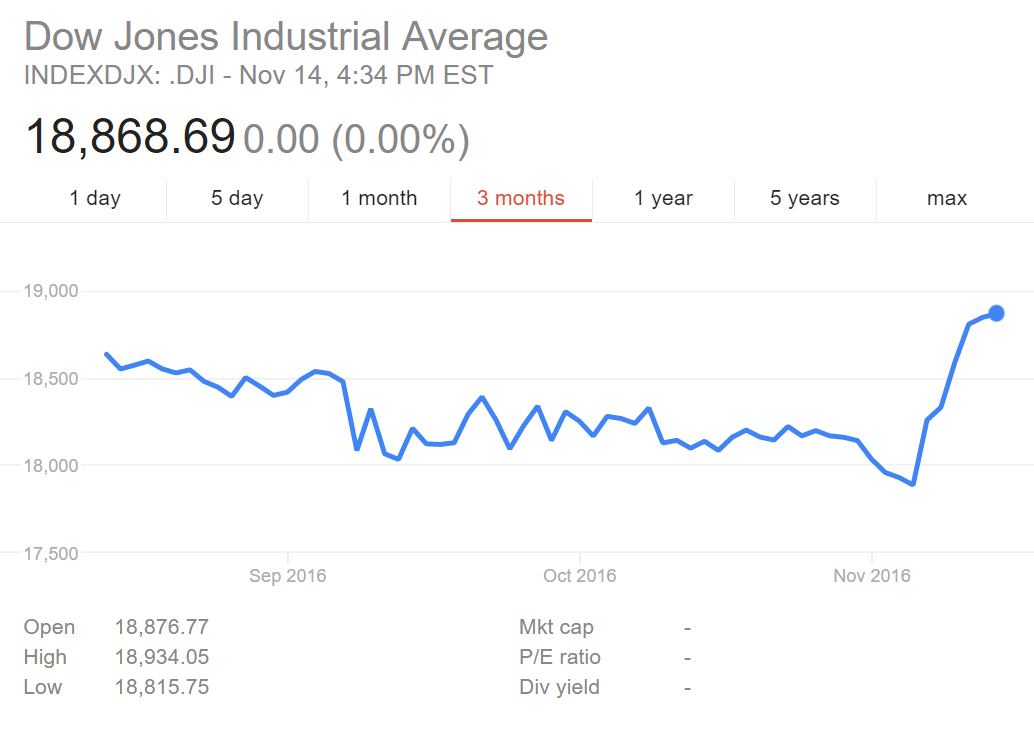 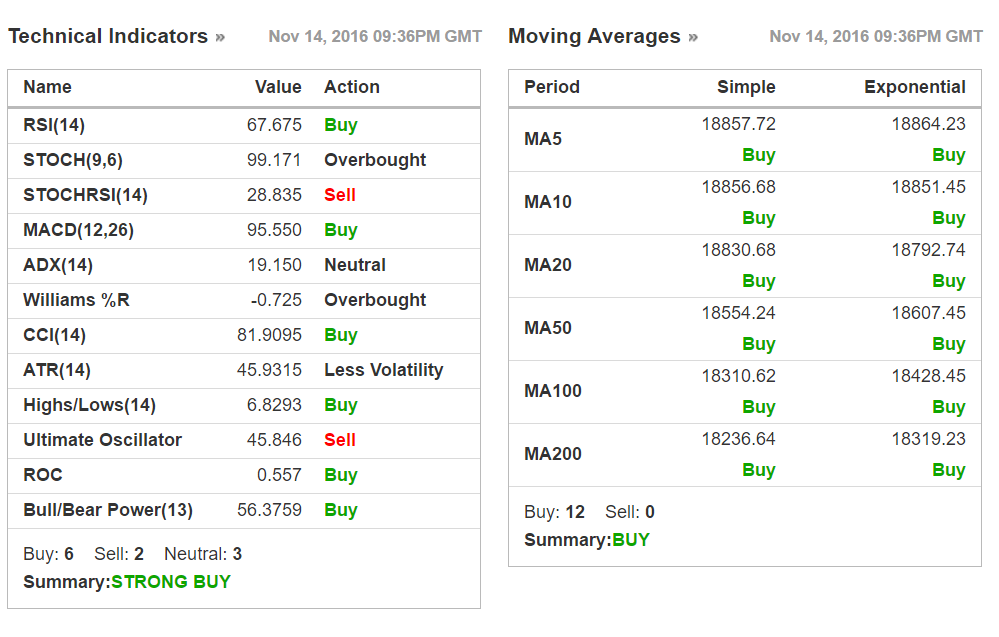