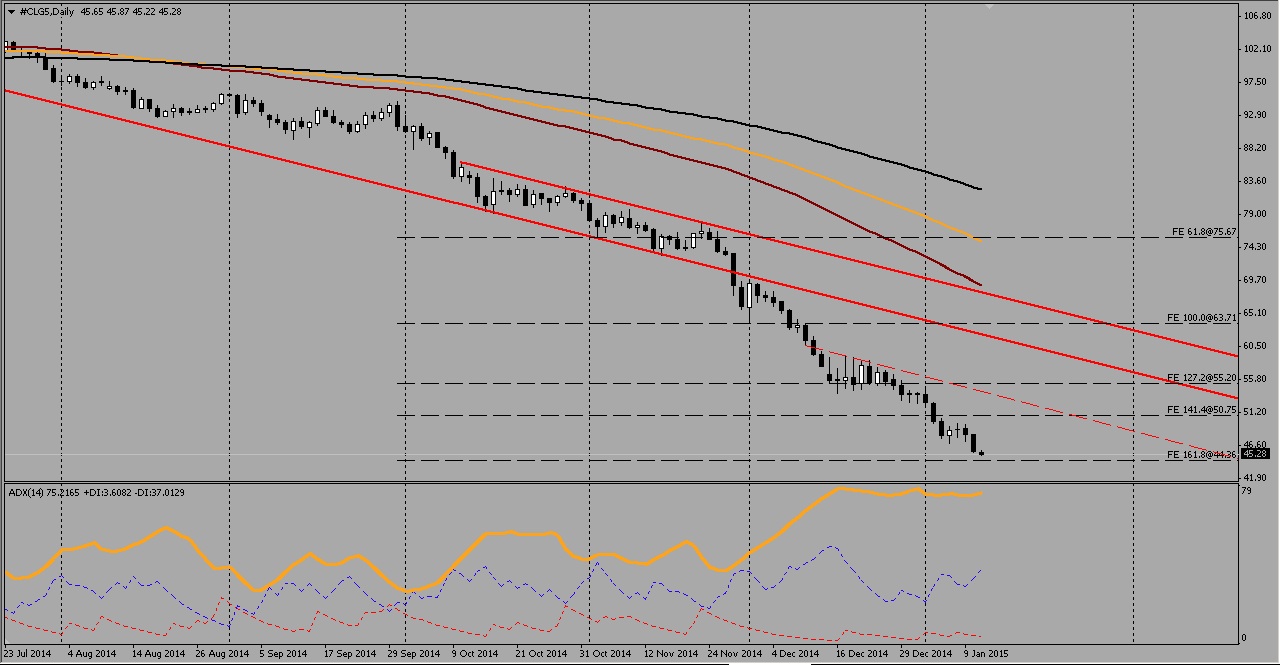 Price of Light Crude Oil falls for the second consecutive day yesterday after a brief rebound from 46 to 49 last Thursday and Friday.

The lack of fundamental data impact on the greenback today is unlikely to swing the price of light crude oil by much, with only the Crude Oil inventories on Wednesday being the main catalyst of upheavals in the price movements. With OPEC not making a move as global growth data falling, the demand of oil and its derivatives continue to slide, bringing prices along.

Consumer spending on energy over the festive period is likely to pick up however the larger than expected slide in prices are unlikely to boost the inflation and earnings of oil producing companies. It is truly a good time for consumers in this climate, with just a lingering fear of slowdown in the economy.

Barring any huge demand for oil and its derivatives, it is safe to say that prices are likely to continue south and any pull backs are better considered to follow on the short then to bet on a large correction. 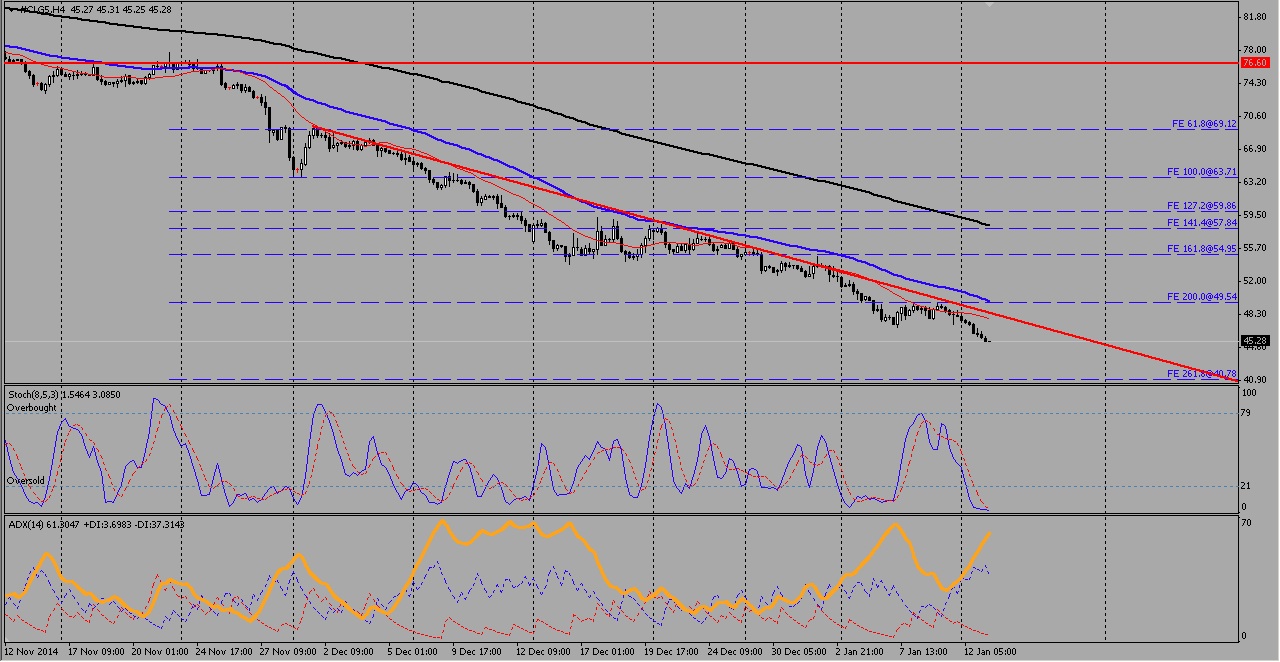 Remarkably the downtrend has extended since December 2014 which is closely aligned to the downtrend line in red, connecting the lower highs. As long as the 200EMA and 55 EMA stays above the current market price, the dovish sentiment on oil is likely to stay for some time. 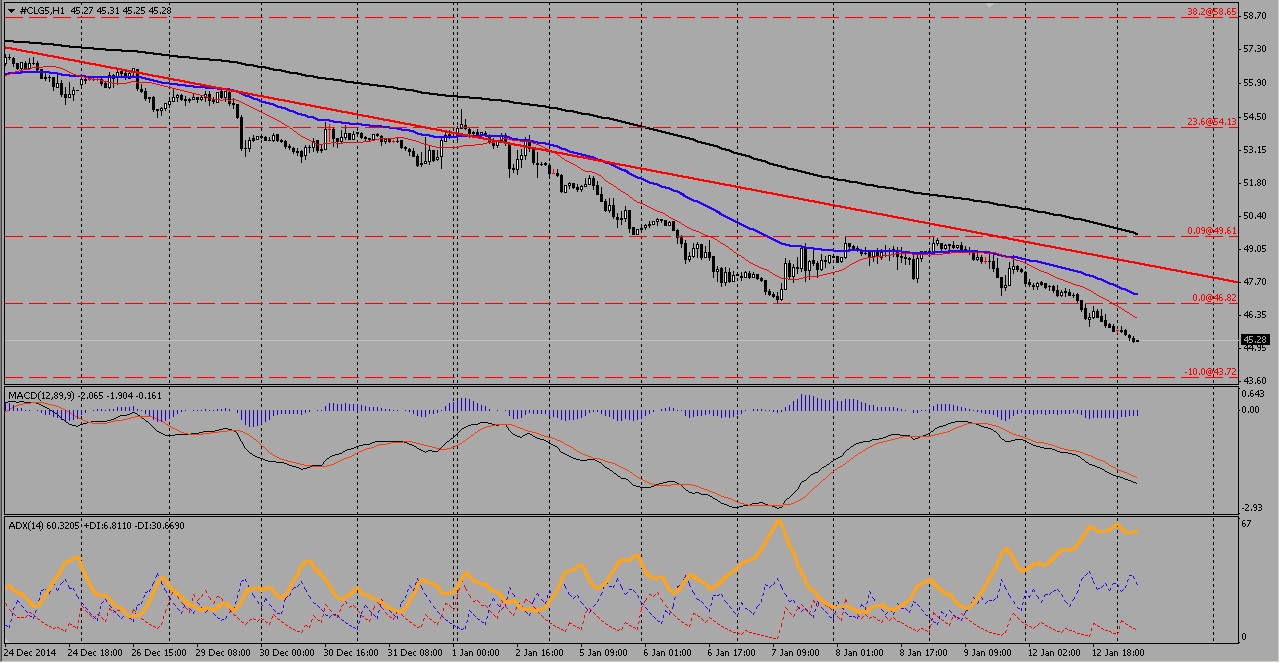 The sideways consolidation last week has broken below 46.82 mark and looks to head towards next technical support of 43.72