New Stablecoin tokens will be backed by real diamonds

DiamCoin, launched by the company Hello Diamonds, is intended to be a version of a stablecoin which tokens will be backed by the value of a millicarat of a diamond. A thousand tokens equals 1 carat of diamond, and 14,000 tokens would presumably equal a 14-carat diamond. According to the company's official website, the DiamCoin users will be able to purchase diamonds in real-time, from an inventory of over 800,000 stones, which stored in audited vault in Antwerp. As Hello Diamonds page states, the new stablecoin will be stable, transparent, easy accessible, highly secured and will not involve third parties. DiamCoin holders will have ability to either store their stones in a secure vault, or have them delivered to their home address. However, it is not a stablecoin in the sense that you put a certain value in and get that same value out. The company is lead by Sir Christopher Antoniou Pissarides. (pictured bellow), who won the Nobel Prize in Economics in 2010, jointly with Peter A. Diamond and Dale Mortensen, for “ analysis of markets with theory of search frictions.” 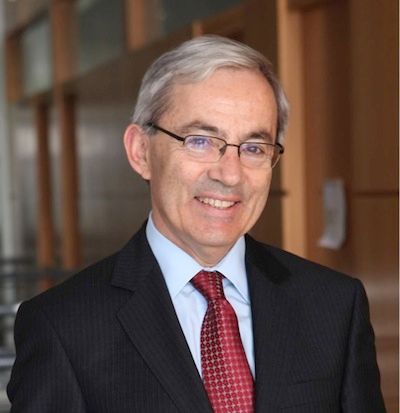 Hello Diamonds was established in 2010 with headquarters  located in Cyprus with offices in London and Hong Kong. The company has been serving the diamond industry for a few years with software solutions. This is their first move into blockchain. According to the official Hello Diamonds web page, their services generate an annual growth rate of 450% for their worldwide clients. As the company officials state, the idea behind Hello Diamonds is investing in the long lasting, trustworthy value of diamonds than in highly volatile assets such as stocks, bonds or commodities.

Hello Diamonds will  be built on Bitcoin Cash

Hello Diamonds were first looking to build on Ethereum, but the recent introduction of Wormhole, pushed them to switch their operation over to Bitcoin Cash(BCH). According to the project white papers, Wormhole protocol is implemented upon BCH blockchain. It adds new features like token generation, circulation and burning  to BCH network without any modification to the consensus rule of BCH. The reasons for the Hello Diamonds switch from Ethereum to Bitcoin Cash are obvious to informed parties at this point: fast and spacious blocks, low transaction fees, and high security. Such a move, made Hello Diamonds the first project to present a stablecoin at all on Bitcoin Cash, and one of the earliest tokens to launch on Wormhole.

There are still lots of work to do

The concept of the stablecoin-like token still needs to be tested more thoroughly and the same goes for other stablecoins as well. According to a video on the company’s site, DiamCoin will offer an important hedge against a full-scale collapse of the crypto market. “Should the case be that all cryptocurrencies disappear, your DiamCoin will never be lost. It will still hold the value of the physical diamond, which was in a vault when the purchase was made.”, the company’s site video states. Hello Diamonds have not yet released a whitepaper which further explains the details of the system, but the company is actively working with developers from Bitcoin.com to hasten the development of their software.