The market expects Markit to announce December UK Services PMI figures today at 09:30 UTC. What to expect from the data? See what Key Banks anticipate.

As a fact, any reading above 50 signals industry expansion, where the data below 50 indicates contraction of the sector. Key industry players also eye the release closely. Moreover, they have shared their forecasts on the UK Services PMI.

The overall market consensus stands at bearish 54.8 UK Services PMI reading. Societe Generale analysts believe that the after the post-Brexit vote dip, UK Services PMI has strengthened. Even though the industry has consolidated to hit 55.2 in November, the bank expects some slippage in December. The French multinational banking and financial services company stated:

“The strongest performing part of the economy in the second half of this year has been the consumer sector which might then be thought to provide the obvious explanation of the strength of the services PMI. However, the flaw in that argument is that the services PMI exclude distribution – a key part of consumption.”

Societe Generale expects figures to emerge at 54.5, as the company believes that high level of the PMI is not likely to remain sustainable.

Another key financial player, Danske Bank states that there is a possibility that UK Service PMI will drop in December due to lower services confidence. The Danish bank analysts have stated:

“We look for a fall from 55.2 to 54.2, which still indicates solid growth in the service sector. Overall, PMIs should continue to signal solid Q4 growth and that the economy is still quite resilient to Brexit uncertainty. That said, we expect GDP growth to slow but stay positive this year.” 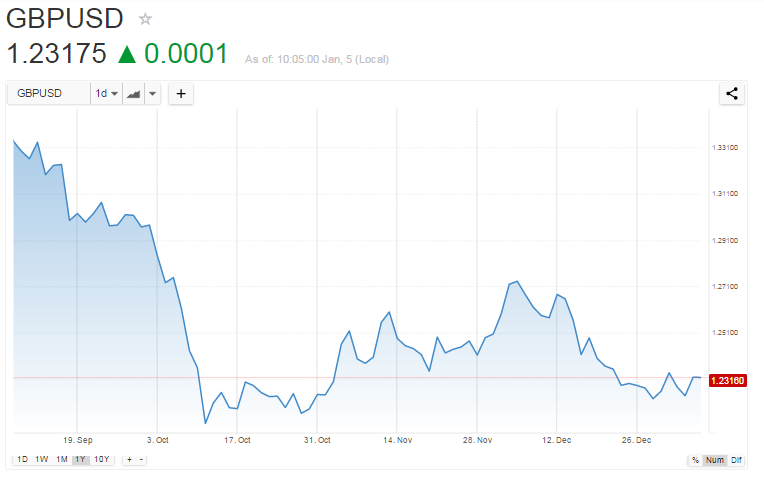 Also, GBPUSD is trading higher around $1.2360 two hours ahead of the report. Yesterday’s FOMC minutes emerged on the hawkish side, even though they failed to provide the greenback with further support.