A number of crypto investors in Hong Kong have complained that Wong Ching-kit has duped them out of a total of HKD 3 million ($380,000) in a crypto-related investment scheme.

January 7, 2019 | AtoZ Markets - News filtering into AtoZMarkets reveals that a number of investors in Hong Kong claim to have been duped by a flamboyant businessman in a cryptocurrency mining machines investment scheme.

As was first reported by the South China Morning Post (SCMP), a local English-language newspaper the victims have allegedly lost HK$3 million ($383,000) in total last month.

Following the allegations, the Democratic Party — which is helping the victims — stated that it had received more than 20 complaints since October 2018 from Hongkongers claiming to have been cheated by a 24-year old entrepreneur who goes by the name Wong Ching-kit. 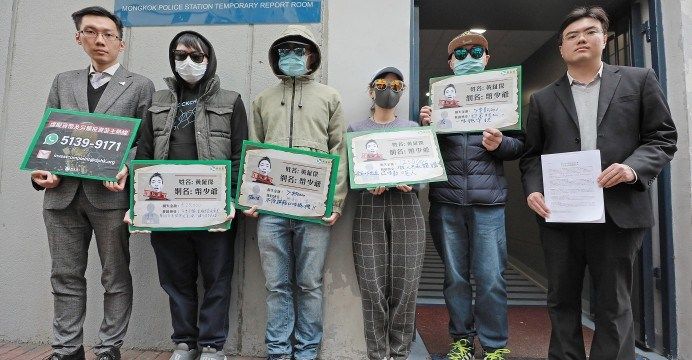 Moreover, the report also mentions a police spokesman stated that 9 persons, between the ages of 29-41, had earlier reported the matter to the authorities claiming they had been duped of a total of HK$940,000 ($120,000) in investments in Wong’s cryptocurrency business.

Wong, also known online as “Coin Young Master”, is accused of misleading investors through social media into purchasing mining hardware for a crypto token known as “Filecoin.” The investors were allegedly promised their investment could turn a profit within three months.

Nevertheless, the aforementioned crypto token was not yet tradeable on the market, while promises made by Wong to refund their investments have not been honored according to the report.

“I was told I could get a refund if filecoin could not be launched in time, but when we asked for a refund, he used delaying tactics and made different excuses to turn us down,” said Ms Chiu, who invested more than HK$120,000.

He also told SMPC that he received a threatening phone call and reported it to police. However, Yuen added that the caller did not mention anything related to Wong.

In a bid to defend himself against critics, Wong uploaded a post on his Facebook page saying that he did not directly comment on the investors’ allegations but said he had been unfairly treated. He added:

In the meantime, the 24-year-old has not yet been charged but will however face an all-round probe into his activities by the police, to see if he was involved in a possible money laundering since his bank accounts amount to an eight-figure sum.

He was recently arrested by the police as he was believed to be the figure pulled a stunt in Hong Kong’s Sham Shui Po on December 15, 2018, in which stacks of banknotes worth about HK$6,000 rained from a high-rise.

Having been arrested following various complaints by the general public on suspicion of disorderly conduct in public in connection with the incident, Wong was subsequently released on bail.