Over the night, the stock market crashed, as per the reports this morning, resulting in a sharp decline in the prices of cryptocurrency on the other hand.

11 October 2018- Bitcoin’s price has fallen more than 5 percent in the last 24-hours. The price of Bitcoin was previously able to maintain the support level along the $ 6,500 mark for a long time. Almost all the altcoins suffered from the panic selling, with Ethereum lost more than 11 percent and falling to its lowest level since July 2017. Ripple and IOTA also dropped by almost 10 percent.

The crypto market showed little price movement and very low volatility within the past few days and weeks. Most surprisingly, it is the sudden drop in the price of Bitcoin and almost the entire altcoin market. The crypto market volatility has reached its lowest level since December 2016. Within the last three weeks, the total market cap has been hovering around the $220 Billion. 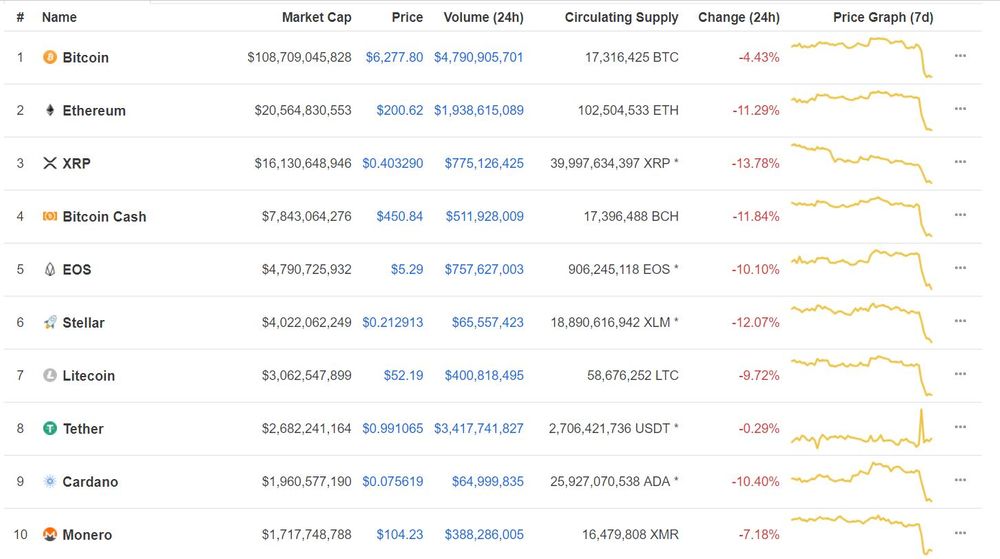 What was the Reason behind the Crypto Market Crash?

Almost all stocks in US stock market crashed as Dow Jones Industrial Average also drops 800 points, which is the lowest in the last 8 months. The Nasdaq fell over 4% and S&P 500 followed the same trend. The stock markets have crashed due to the higher rates which tend to moderate economic growth and make borrowing more expensive for the US government as well as businesses and consumers. This panic selling was shifted to Cryptocurrency markets as major investors in South Korea and Japan squared-off their holdings.

As the crypto-charts suggests, a sharp and sudden sell-off in crypto markets happens just after the US Stock market crash. The price of Bitcoin dropped below $6,300 and almost lost $15 Billion in market cap. Moreover, almost all the altcoins lost the momentum and dropped drastically after the news. Ethereum dropped 12% and Ripple dropped more than 13%. Bitcoin Cash dropped 12%, EOS lost 10%, and Litecoin lost almost 10%. 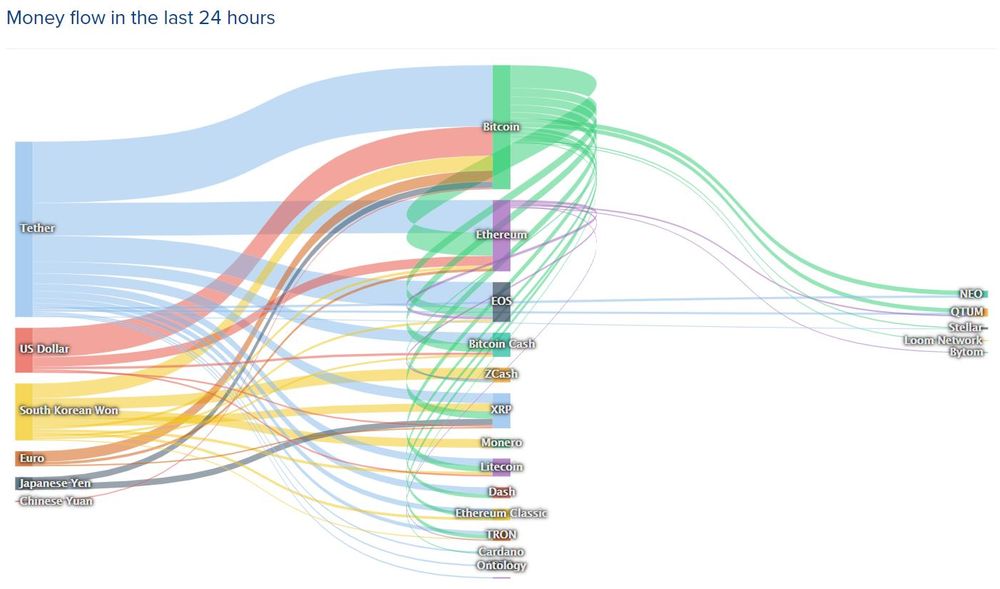 Tether (USDT) still leading the way on boarding money into cryptos. Almost half of the money flow in last 24-hours was by USDT. The US Dollar and the South Korean Won is following closely behind with the Euro, Japanese Yen and Chinese Yuan still not making much of a dent.

Ryan Rabaglia, head of Crypto-rating at OSL, said that the bitcoin’s volatility could see further downside towards $5,800 levels.

He stated: "The global sell-off in equities has indeed spilled over to the crypto space. The days of crypto being the safe-haven play and having a high degree of detachment from the rest of the world are seemingly diminishing.”

Forex Crypto
Top 5 Forex Brokers
Top 5 Crypto Exchanges
Your subscription could not be saved. Please try again.
Thank you for subscribing. You will be the first to receive all the latest news, updates, and exclusive advice from the AtoZ Markets experts.
Everyone is reading
Ripple Lawyers Object SEC’s Request to Extend Discovery Deadline
SEC Lawsuit Against Ripple May Drag On Until 2022
Ethereum Sustains Below $2,500 Psychological Area - Bears to Push the Price Downside?
close ×