The Cryptocurrency market has made some gains this week after the previous two weeks ended in bearish onslaught. Bitcoin, Ethereum, Ripple and others have recorded between 10 and 30% gains from their respective lows.

November 29, 2018 | AtoZ Markets -The Cryptocurrency market continues this year's bearish trend after prices slumped again to hit fresh 2018 lows. Bitcoin hit $3600 for the first time since November 2017, Ethereum and Litecoin hit fresh lows at $95 and $26 respectively. This week, however the Crypto market bearish trend paused, causing significant rallies across many Cryptos. Bitcoin, Ethereum and Litecoin gained 25%, 26% and 35% to hit $4300, $125 and $36 respectively. Others like IOTA, Monero also recorded 26% and 25% respectively. All the top 25 Cryptos listed on CoinMarketCap have had similar gains this week. 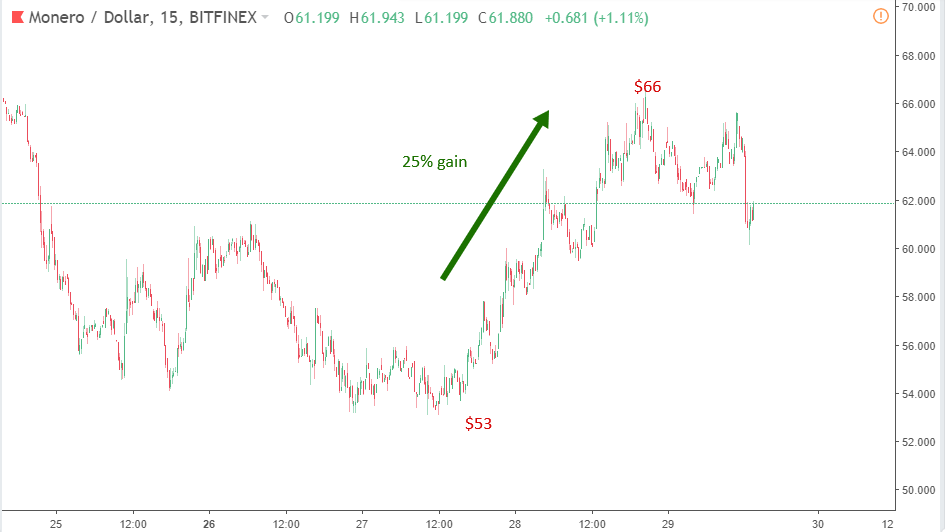 The bearish trend took Monero to $53 to make nearly 89% decline from its all-time-high. On Tuesday, the Crytpocurrency started a slight rally from $53 and continued to $66 to cause a 25% bounce from its 2018 low. However, price is pointing downside again, currently slightly above $60. Its market cap has hit $1 billion mark for the first time this week. 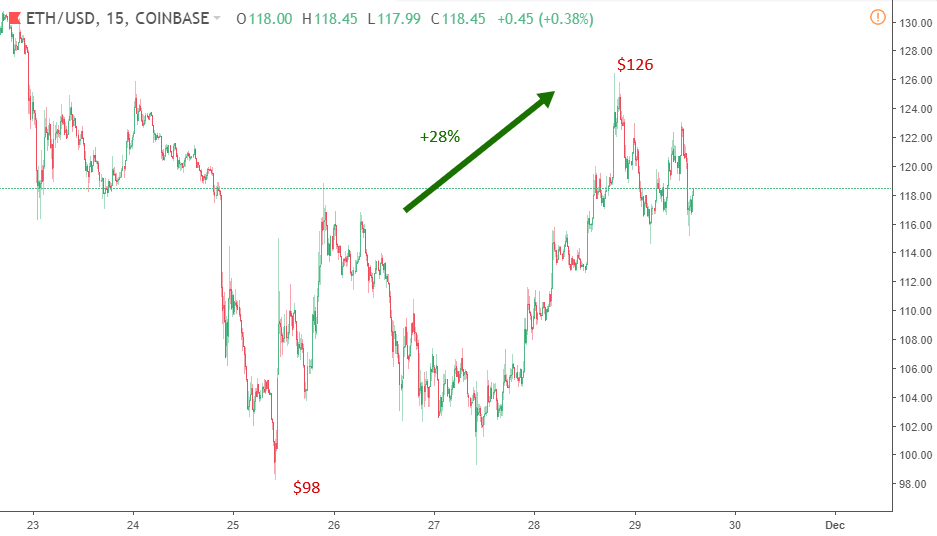 The bearish forces swept ETH to $98 making it one of the worst performers this year. The crypto which hit $1400 high early this year has lost about 92% of its market value. It has also lost its second place in terms of market cap to Ripple earlier this month. This week, ETH rallied to hit $126 gaining 28% in the process.

Similar performance can be seen on many other Cryptocurrencies especially the top 20 on Coinmarketcap. Most gained more than 20% so far. Will this trend continue and lead to a major market recovery? Some analysts believe the Crypto market is close to bottom and a new wave of bullish swings should follow and while some expect the bearish trend to continue till next year. One way to look at how most Cryptocurrencies might perform is by looking at their king- Bitcoin. 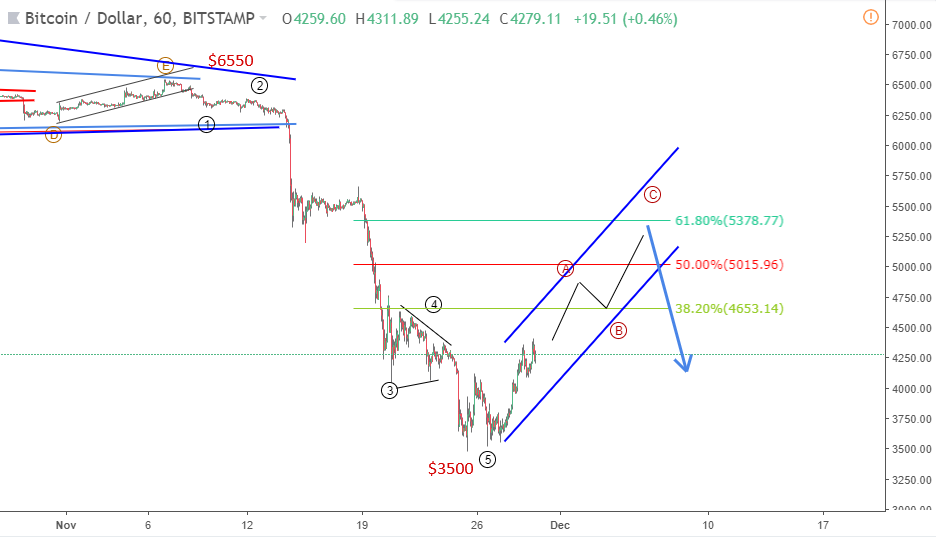 The long 9-month triangle pattern finally completed at $6550 and a huge 47% decline followed to a fresh 2018 low at $3500. Currently, the bounce from $3500 is the biggest since the big drop of the previous two weeks. From Elliott wave perspective, a 5-wave bearish wave ended at $3500 and price should follow with a 3-wave bullish correction to 4600-5400. What is the first sign that price might have bottomed at 3500? – a bullish impulse wave above 5500 into the 5800-6000 territory. Only time will tell if that will happen. If price would drop further, a 3-wave up to 4600-5400 followed by a fast break below $4000 should happen. If price breaks below $3500, the next target would be between $1000-$2000. Similar scenario would be largely seen in the market generally as market cap and volume tend to move in the direction of price or vice versa.

Do you think Cryptocurrencies have bottomed yet? Please share your thoughts with us in the comment box below.