The cryptocurrency market lost $6 billion in just about 1 hour on Thursday. The prices of major cryptocurrencies plunged as uncertainties continue to grow around the market.

January 11, 2019 | AtoZ Markets – About $6 billion was wiped off the crypto market yesterday, in just one hour. Bitcoin, Ethereum, Ripple, Bitcoin cash all saw red dropping a quick 10-15% of their market values. Ripple dropped 5 cent to 33 cent from 38 cent. Bitcoin dropped from around 4000 to 3700 while Ethereum (which earlier gained 100% from 2018 low) dropped from 150 to 129. The crash has continued today and has now set the entire market back by more than $6 billion.

This move was on the back of a slight recovery which saw most cryptocurrencies gained significantly from December 2018. The rally was halted after the winter break, as the market stabilized and looked as if it would break upside. It is generally believed by many analysts that bitcoin should hit 6000-7000 before the talk of a real recovery. Anything below that, is most likely another shallow price bounce which would be followed by a fresh low. According to data from CoinmarketCap, Bitcoin, Ripple, Ethereum and Bitcoin cash have lost 3.6%, 4.14%, 6.23% and 6.6% in the last 24 hours.

Ethereum and Bitcoin cash are the worst hit by the new bearish move. Ethereum which in the past weeks regained its position as the 2nd most capped crypto, after gaining 100% to hit $160, has now dropped back to 3rd. With just days away from the scheduled constantinople hard fork, Ethereum has lost about 20% to currently exchange for $124. 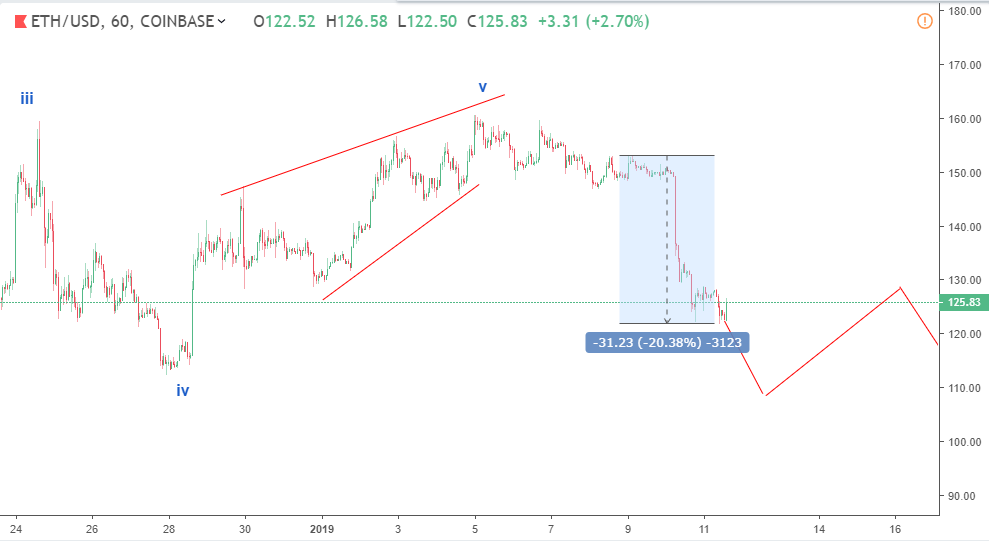 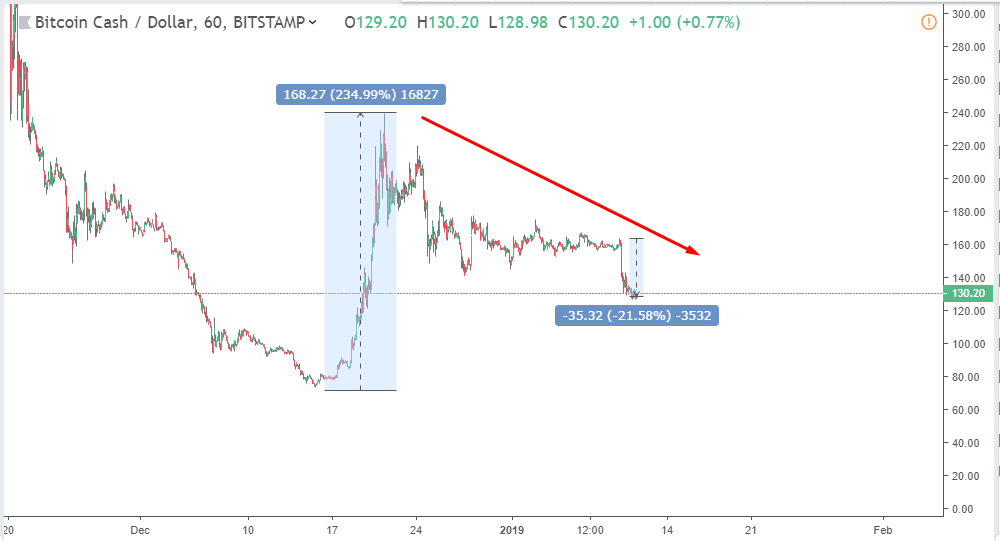 Prior to the 1 week big gain, BCH market price was lower than Ethereum's. Now trading at close prices with ETH, if BCH plunges further, it might exchange for a price less than Ethereum again.

Despite the recent talk of market recovery following last December gains, price activities this month have shown again that such might be pre-mature. The market is still bearish and unless prices break into the pre-November breakout levels. For Bitcoin for example, price should rally quickly back to 6000-7000. The more it stays below this zone, the more the uncertainties, and ultimately the negativity that will follow. Bitcoin currently trades at 3600 with 3100 low in sight. A break below 3100 would see price eyeing the next support at 1800.