Crypto analyst, Willy Woo says he expects the current Bitcoin bearish trend to continue until the second quarter of 2019. On his Twitter page, he shared his opinion on the cryptocurrency.

Early September and mid-October when Bitcoin price picked to $7000 and $6500 respectively, many believed the bearish trend might have been over. What happened afterwards were declines back to $6000 before price stabilized a bit above it. The truth is that historically, since the beginning of the bearish trend, subsequent successive rallies have been declining. If price was really going to pick up and start a genuine bullish recovery, it should be followed by at least two increasingly bigger successive rallies after an assured bullish breakout. One of those who have supported the bearish claim is Crypto technical analyst, Willy Woo.

A Crypto technical analyst, Willy Woo believes the current Bitcoin price decline would continue till June 2019. On Saturday Woo conducted an opinion poll on his Twitter page where almost 30% expects price to have bottomed, 40% thinks price would drop further and 30% are undecided. Woo who believes that if price drops below $5800, the next line of defense would be $4400 later wrote:

Prep for it. Our most probable path is to break below 5800 support and some free fall. Whether we bounce for another oscillation, or fall through here is TBD. The next support is 4900, which should slow the drop, but 4400 is the next real line of defense. Completes the 3rd cat 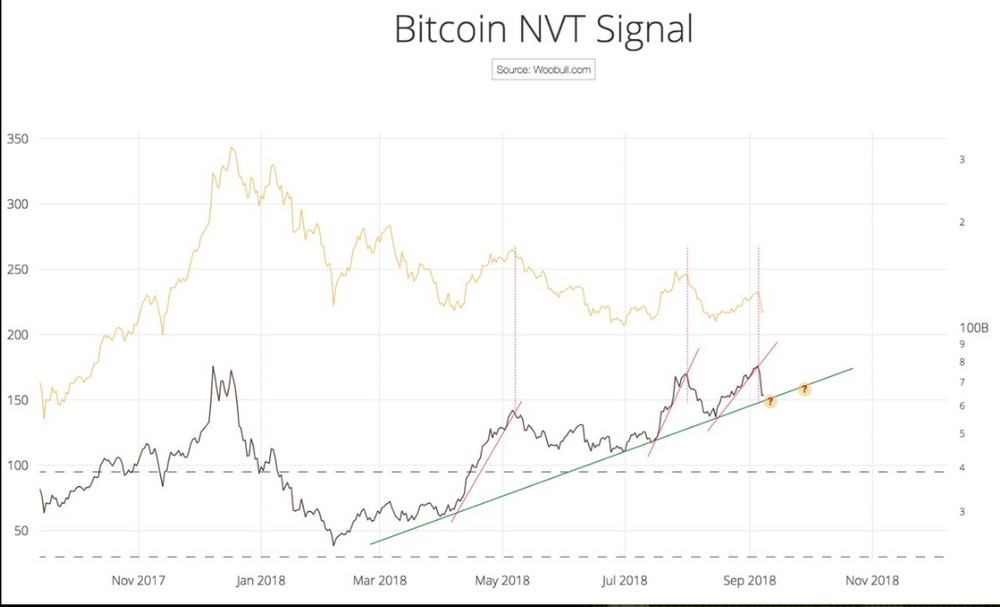 Reason 2: Short positions are close to all time highs.

He believes short positions are close to all time highs which might present reasonable opportunity for bulls to take small profits as price heads to the top of the range. As the arrow shows in his chart below, price should drop below the lower line support of the range afterwards. 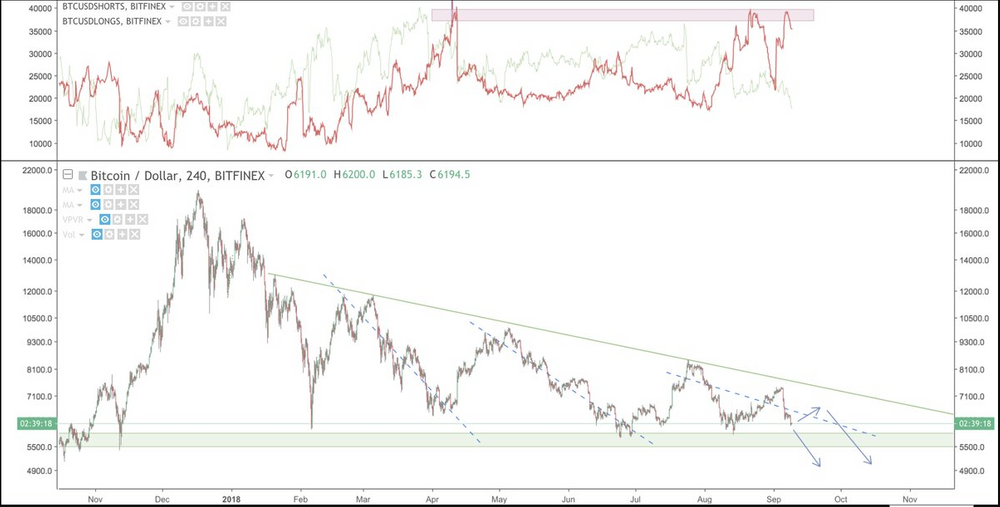 The OBV is a momentum indicator that uses volume flow to predict changes in the price of an instrument. He believes the OBV is selling off more than what price indicates with a price-OBV bearish divergence across many exchanges and time frames.

Finally, he believes that the current volatility is too high to suggest an accumulation phase will happen at current level. Buyers are stepping in to match the sell-off thereby preventing a bearish breakout at the moment. Accumulation zones are often 'marked by periods where horizontal price action meets low volatility'' according to him.

Currently, Bitcoin price has dropped to $6200 – close to the support zone after a triangle pattern. If the breakout happens below $5800 support level, it might continue below $5000 from a technical analysis standpoint.