May 27, 2019, | SQUARED DIRECT – Crude oil came under heavy selling pressure last week, dropping by a whopping 10% to mark new lows before erasing 2.5% of its loss on Friday. With the US-China trade conflict heating up throughout the week, investors continued to price the potential impact of a weaker global economic growth on the oil demand outlook.

Additionally, the API’s and the EIA’s weekly reports both revealed larger than expected buildups in crude oil inventories in the U.S. to further weigh on the commodity. The last data of the week from the US showed that the total number of active oil rigs dropped to 797 last week from 802.

Meanwhile, US President Trump announced on Friday that they will be sending about 1500 troops to the Middle East after Pentagon said that Iran’s revolutionary guards were directly responsible for attacks on tankers off UAE, suggesting that the tension in the area is likely to remain escalated in the near-term, which could continue to limit oil’s losses.

Crude oil price rebounds as expected during Friday’s session erasing nearly 2.5% from its losses after pulling back from the oversold zone. The price is currently trading above the $58 level with bearish momentum. The price seems to be well supported above the level so we will be focusing on the upside again with the $59.28 resistance level in our focus. 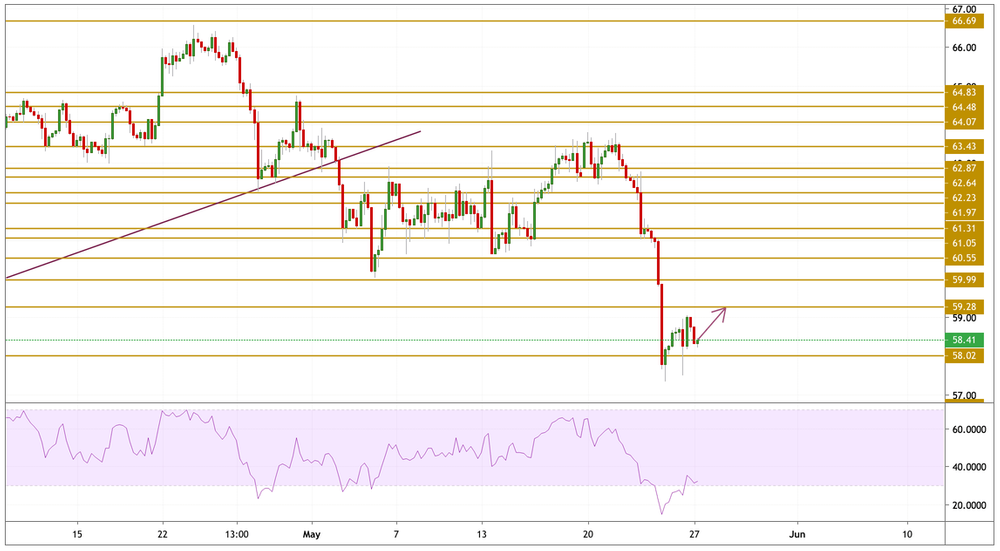